In 1931 German physiologist Otto Heinrich Warburg was the sole winner of the Nobel Prize in Physiology or Medicine. Throughout his career the prolific doctor was nominated forty-seven times. The Nobel team finally awarded him the prize “for his discovery of the nature and mode of action of the respiratory enzyme.”

This work seeded his later research in plant physiology and oncology, a seemingly unlikely pairing that eventually became joined in what is known as the Warburg effect. While mechanically his observations are unrelated, a new study published in Nature Communications confirms and evolves his groundbreaking research in the mechanisms behind cancer cell growth. 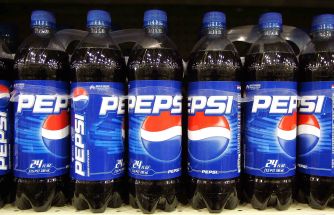 Plastic bottles of Pepsi are displayed on a store shelf June 13, 2006 in Des Plaines, Illinois. Doctors at the annual American Medical Association meeting in Chicago this week have called for a ‘fat tax’ on sugary soft drinks to help fight obesity in the U.S. (Tim Boyle/Getty Images)

Think about the food you eat. Normally, our body utilizes oxygen to break down the various nutrients. Carbon dioxide is subsequently released. In a cancerous environment your body ignores the oxygen to gain fuel from a more troubling source. As Warburg puts it:

Cancer, above all other diseases, has countless secondary causes. But, even for cancer, there is only one prime cause. Summarized in a few words, the prime cause of cancer is the replacement of the respiration of oxygen in normal body cells by a fermentation of sugar.

The link between cancer and sugar has long been understood thanks to Warburg’s work, but why that is so has eluded researchers. For this reasons scientists have been uncertain as to whether sugar is a symptom or cause of aggressive tumor growth—cancer cells exhibit glycol rates 200 times that of healthy cells. One solution has been to starve cancer cells of sugar, which has proved impossible since healthy cells also need glucose to function.

The research team from this new study spent nine years researching the mechanisms behind increased glucose metabolism in hopes of finding an answer. While they admittedly have not unlocked the broad scope of this mystery, Belgian researcher Johan Thevelein explains that they’re now a step closer:

Our research reveals how the hyperactive sugar consumption of cancerous cells leads to a vicious cycle of continued stimulation of cancer development and growth. Thus, it is able to explain the correlation between the strength of the Warburg effect and tumour aggressiveness.

Utilizing a type of yeast cell from the Ras gene family, which are found in all animal cells, the team discovered that the yeast was over-activating when fed sugar. This causes cells to grow at a rapid rate, the hallmark of cancer. 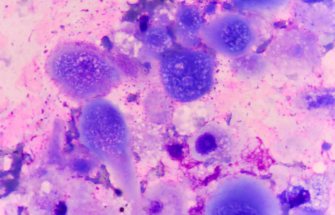 Thevelein notes that this is not yet identified as the primary cause of the Warburg effect, but it offers a critical clue. The researchers conclude that dual activation of glycolytic flux and Ras cells may be the mechanism in which cancer cells proliferate and keep glycolysis in overdrive, explaining the link between aggressive cell growth and fermentation hyperactivity. An oxygen-poor environment is created, and the seeds for tumor growth are planted.

The point: the link between sugar and cancer just got stronger. Whether it causes the process or merely exacerbates it remains to be seen, though at the very least researchers speculate that sugar is waking up cancer cells while aggravating the metabolic process that results in the disease’s destructive march. What we can be certain of is that sugar overload isn’t helping.

Related
Hard Science
Some earthquakes last for seconds, others for minutes — and a few for decades
What do you call it when the Earth shakes for three decades?
Sponsored
What childhood “money story” is shaping your financial behaviors?
Here are the signs that you inherited “money anxiety” from your parents.
The Present
The “maritime Indiana Jones” who salvages shipwrecks now wants to tow icebergs
Simple physics makes hauling vast ice chunks thousands of miles fiendishly difficult — but not impossible.
Neuropsych
Inside the brains of aging dogs
In a citizen science project, thousands of pet dogs are helping scientists to understand what happens to memory and cognition in old age.
Neuropsych
The most common source of awe might surprise you
It’s us.
Up Next
Tutoring Cousins at Scale, Khan Academy Educates the World
Summary Salman Khan, the founder of Khan Academy, discusses the story of how he was inspired to create a software-based learning tool that would teach others subjects like Math, World […]