Earlier this year on this blog, we debunked the widely believed myth that sugar causes hyperactivity in children. But could it be possible that under certain specific circumstances, sugar actually helps with learning? In this blog post we’ll attempt to tackle that question.

It makes logical sense that sugar could cause hyperactivity due to the fact that glucose is the brain’s number one source of fuel. The reason sugar does not cause hyperactivity is that the human body is very good at regulating the amount of glucose in our blood. This fact has been confirmed by numerous double-blind, placebo controlled, randomized controlled trials. There is however a growing body of evidence to suggest the existence of a “glucose memory facilitation effect” in which consuming glucose may aid the formation of new memories.

A review of the literature published in 2011 concluded that there is robust evidence that glucose has an important effect on cognitive performance. In a recent article for The Psychologist, the co-author of the literature review, Michael Smith, looked at what this means in practical terms. Smith, inspired by the fact that among adolescents, only 40 percent of boys and 30 percent of girls eat breakfast decided to research the effects of glucose on learning in quite some depth. We’ve known for some time that in older people or individuals with impaired memories, consuming glucose can bring cognitive benefits — but the effects of glucose on young people have remained a controversial issue. The researchers found that compared to adolescents given a placebo, those given a glucose drink had improved memories for word lists after a period of 20 to 40 minutes, but the finding was only present in those adolescents whose bodies were efficient at processing the glucose. A later study by the same authors found that anxious adolescents’ memories improved after consuming glucose, compared to a placebo. 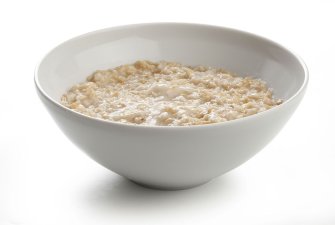 Next the researchers looked at the glycaemia index (G.I.) of foods given to young people at breakfast. Previous research suggested that low G.I. foods (such as porridge) are linked to improved cognitive performance, but in these studies, the memory component required fairly low cognitive demand. When the researchers compared the effects of low G.I. foods (bran with milk) and high G.I. foods (cornflakes with milk) while testing the participants with harder memory problems, the young people performed better after the high G.I. meal. 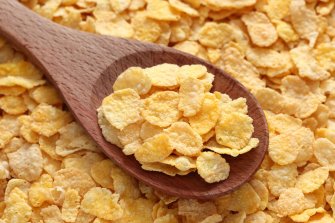 These findings present a problem for anyone trying to send a straightforward public health message. While high G.I. foods contain high levels of sugar, which we all know is not good for anyone’s health, high levels of glucose are clearly not a bad thing under all circumstances. It does seem that while low G.I. foods are key to the sustained attention necessary to get kids through the school day, when faced with a demanding task or high levels of anxiety, a well-timed dose of glucose can actually provide a boost to memory and cognitive performance for a short window of time.

When we are more focused on the good things we enjoy in life, we have more to live for.
Up Next
Culture & Religion

Yet Another Technology is Secretly Listening in on You