Self-actualization is a noble goal. It is one that sells millions of self-help books every year and motivated the creation of humanistic psychology. In our individualistic society, the idea that one of our primary drives is to become who we are is one that hardly needs to be sold to us. It is, however, one that needs to be properly explained to us.

While most people have read about or heard of Abraham Maslow’s Hierarchy of Needs, and some of us have heard of how he added another level to the top, few of us have heard of one of his major concerns with the project. He realized that too many people thought they had reached self-actualization already.

But, how would he know? Did he go and ask people?

According to psychologist Barry Stevens, who counted Maslow among her friends, something funny happened after the idea of self-actualizing took off.

“(He) was unhappy with what happened with many people when they read what he wrote about ‘self-actualizing people’. What they did with it was very strange. I have received a fair number of letters saying ‘I am a self-actualized person’. Maslow said that he must have left something out.”

After reading Maslow’s works, people literally told their therapists that they had reached the top of his hierarchy. Given that Maslow wrote in his book Towards a Psychology of Beingthat less than 1% of the adult population manages to reach that level, he found the slew of reports to be strange and problematic. 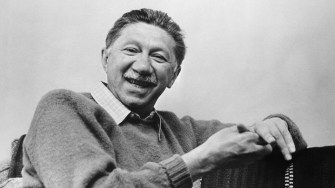 Dr. Maslow finds your claim of being self-actualized amusing.

Why would take issue with that? Wouldn’t this be a good thing?

It would be a great thing if all the people who thought they were self-actualized really were, and Maslow would agree with that. However, the problem is that it was rather unlikely that they all had managed to actually reach self-actualization given how few people Maslow thought would ever make it there. This means that he left out just how difficult it is to reach that point when he described it.

So, how difficult is it to become self-actualized?

One of the most common criticisms of Maslow’s conception of self-actualization is that it appears to be limited to those who have had good fortune in their lives. Consider his hierarchy of needs, the lowest level is physical needs that must be meet and the second level includes the security of the supply of the things that fill those needs. If you don’t have a fair amount of finical security you aren’t going to get past level two, let alone to self-actualization.

This problem goes back much further than Maslow. Aristotle, whose conception of eudaimonia has strong shades of self-actualization throughout, was open about the fact that only a well-off, Greek, male who has had a fair amount of luck in his life was going to be able to “live well”. Other psychologists who discuss the issue run into similar problems.

Maslow himself thought that anybody could become self-actualized. However, he based his theories on the healthiest one percent of the college population and exemplary individuals from history. He took the fact that so many people who were rather unlike the people he used to construct the model were claiming to have self-actualized as a sign that he failed to describe it properly. 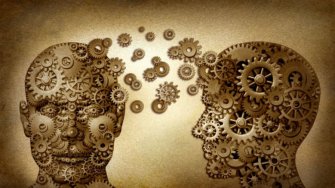 Who would have thought that one of the great goals of personal growth and modern psychology could be so hard to reach? Especially for minds as complex as ours?

So, were those “self-actualized people” just mistaken?

Many of them undoubtedly were. Psychologist Fritz Perls, however, thought that a subtle misunderstanding may also have been at work. Self-actualization is the process of becoming who you are. Not, as he thought many people were doing, actualizing who you think you are or who you wish you were. It is likely that many of Stevens’ pen pals had actualized a self-image.

Maslow himself also warned against thinking self-actualization means acting on whatever whim you happen to have. Considering such action to be self-expression rather than actualization. While a truly actualized person would be spontaneous and pursue activities they enjoy, they wouldn’t be on a constant spree looking for kicks. The odds that some of those “self-actualized people” had done this are also rather high.

Well, first of all, that you are probably not self-actualized right now. Sorry about that.

The second thing you might get out of this is a better understanding of the difficulty of what Maslow is suggesting you do. You not only need to satisfy all the lower needs consistently, but also be open to making yourself psychologically vulnerable, be willing to terms with the more painful aspects of yourself, and be consistently striving for psychological growth.

None of this is easy, it can’t be done in a weekend, and your progress can be disrupted by any number of things. Carl Rogers, an American psychologist who also worked with the concept of self-actualization, didn’t even make self-actualization and end point- he saw it as an endless process. While it is an excellent goal to have, self-actualization is a more difficult goal than most people realize.

Lastly, you should perhaps remember the old advice know thyself. After all, you cannot become who you are if you don’t know who you are. This wisdom goes back to before Socrates and he would be the first to say you ought to worry about that first.

Except, of course, when sticking to who we are at this exact point in time gets in the way of our goals and inevitable growth as people.

Related
Starts With A Bang
Ask Ethan: What are white holes, and do they really exist?
In General Relativity, white holes are just as mathematically plausible as black holes. Black holes are real; what about white holes?
Life
Strange life forms create an “alien” ecosystem in an abandoned uranium mine
Slimy biofilms made up of bacterial and eukaryotic life forms have taken over an abandoned, flooded uranium mine in Germany.
Hard Science
Earth has an eerie “sodium glow,” and astronomers use it to image stars
Air currents in our atmosphere limit the resolving power of giant telescopes, but computers and artificial stars can sharpen the blur.
Health
How saliva changes the flavor of food
“It’s a liquid, but it’s not just a liquid.”
High Culture
Why are flood myths so common in stories from ancient cultures around the world?
Could the prevalence of flood myths around the world tell us something about early human migration or even the way our brains work?
Up Next
Politics & Current Affairs
Here’s how to spot and remove the Facebook apps harvesting your data
Over the past week, former employees at Facebook and other companies have revealed how tens of millions of users’ data has been harvested and passed along to outside parties.