The social media giant was the first to break the news. In a statement released on March 16, Facebook described how a psychologist named Aleksandr Kogan, who developed a personality quiz app, had obtained data through legitimate means from approximately 270,000 users. However, Kogan violated Facebook policy when he passed along the data of those users, and “more limited information about friends who had their privacy settings set to allow it,” to Cambridge Analytica.

What’s missing from Facebook’s statement is the total number of users whose data was harvested: as many as 50 million, according to data scientist Christopher Wylie, a whistleblower who used to work with Cambridge Analytica.

For violating policy, Facebook removed the personality quiz app from its platform in 2015 and requested that Kogan and Cambridge Analytica produce “certifications” showing that all parties had destroyed the data. 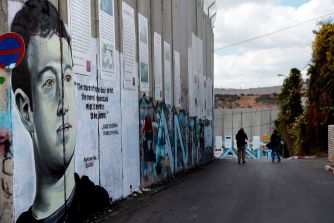 “I already had,” Wylie said. “But literally all I had to do was tick a box and sign it and send it back, and that was it. Facebook made zero effort to get the data back.”

That seems to be the extent of what Facebook did to remedy the situation.

“They waited two years and did absolutely nothing to check that the data was deleted,” Wylie said. “All they asked me to do was tick a box on a form and post it back.”

In the company’s news-breaking statement last week, Facebook positioned itself as being proactive, saying it was working “aggressively” to determine if Kogan and Cambridge Analytica had lied about destroying data in 2015. That kind of honor-system breach would constitute an “unacceptable violation of trust,” according to Facebook.

But Facebook issued that statement only after reporters from The New York Times approached the company with questions about Cambridge Analytica for a story the paper was set to publish, as NY Times reporter Matthew Rosenberg said on the March 21 episode of The Daily podcast. It’s likely that Facebook, which has weathered a slew of user-privacy controversies over the past decade, wanted to get out in front of the PR storm so it could set the story in a strategic frame: Facebook as victim, Cambridge Analytica and Kogan as bad actors.

That’s just the story of how one data firm took advantage of Facebook protocols. According to Sandy Parakilas, a former platform operations manager at Facebook, it’s likely that hundreds of millions of Facebook users have had their data harvested through similar means by other companies, for political, marketing, or other unknown purposes.

How to stop apps from tracking you

So, besides deleting your Facebook account completely—or, more accurately, “requesting” that Facebook deletes your account—what can you do to protect your data? The following visual instructions are by Business Insider.

First, get on Facebook and go to the settings page. 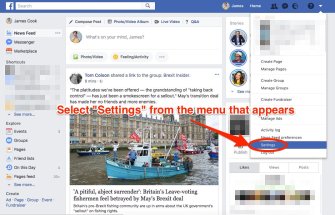 Then go to the Apps tab

Click “show all” at the bottom, then you can see, edit, and remove all the apps you’ve “consented” to track your account.

At the bottom of the page, you can access options that will allow you to restrict what apps are able to do with your data. 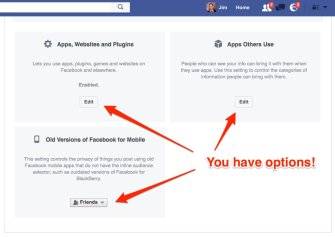 Here you can restrict which data you’re allowing your friends’ apps to use. 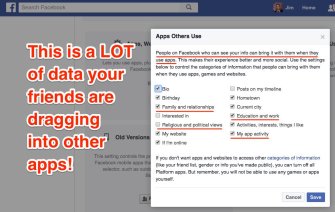 Related
The Learning Curve
Why do high IQ people stagnate in their careers? Emotional intelligence
Research suggests that emotional intelligence is more vital for success than IQ.
The Present
Even in the age of AI, some problems are just too difficult for computers
Computers are growing more powerful and more capable, but everything has limits
The Future
How the metaverse will revolutionize K-12 and higher education
Imagine going on a tour through the human circulatory system as a tiny cell. That is just one example of education in the metaverse.
Starts With A Bang
Ask Ethan: What are white holes, and do they really exist?
In General Relativity, white holes are just as mathematically plausible as black holes. Black holes are real; what about white holes?
Life
Strange life forms create an “alien” ecosystem in an abandoned uranium mine
Slimy biofilms made up of bacterial and eukaryotic life forms have taken over an abandoned, flooded uranium mine in Germany.
Up Next
9 Tips for Crafting Your Message & Presenting Ideas Effectively
Whether you are new to the workforce or a corporate executive, you may find yourself in the position of needing to write and present an effective message to a group […]