Out of everybody on the planet, you spend the most time with yourself. That’s why the fact that we don’t really know that much about ourselves is so unfair. These 7 cognitive tests can help provide a bit more perspective on how your brain works, the shortcuts it takes, and its character in general.

This very short test measures an aspect of your mind known as cognitive reflection, or your ability to consider your own cognition. Take look at the following three questions and see what comes to mind.

About one in three people provide the wrong answer to all three questions, and 83% provide at least one wrong answer. Essentially, this test measures people’s ability to resist making mental shortcuts. The questions themselves heavily encourage a particular answer, but a few moments of reflection reveal that the easy answers are red herrings. The correct answers can be found at the bottom of this page.

Interestingly, low scores on the cognitive reflection test correlate with an inability to see fake news headlines as fake. Just to provide some context, the kind of fake headlines used in this study were along the lines of “Election Night: Hillary was Drunk, Got Physical with Mook and Podesta.”

While measuring personality is a somewhat controversial subject among psychologists, some research has shown that the personality measures used in the International Personality Item Pool (IPIP) correlate to the likelihood of developing a mental disorder, academic achievement, and even how long one might live.

The test measures five major characteristics: openness to experience, conscientiousness, extraversion, agreeableness, and neuroticism. Take the test here. You’ll notice there’s both a short and a long version available; keep in mind that the long version, while more accurate, has 300 questions. 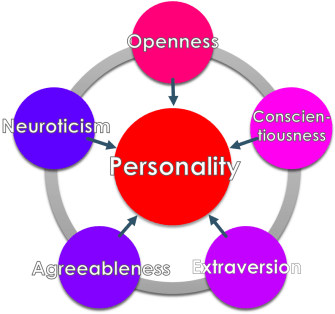 Many people are probably more familiar with the Myers-Briggs personality test, which places people in 16 different, opposing categories, such as thinking versus feeling personalities and judging versus perceiving personalities. The Myers-Briggs test, however, has been widely criticized due to its inability to consistently measure an individual’s personality, its lack of objectivity, and its validity. In fact, Katherine Briggs and Isabel Myers—the creators of the test—weren’t even trained psychologists.

The Wonderlic Test—wonderfully named after its creator, Eldon F. Wonderlic—is composed of 50 questions designed to measure overall cognitive ability, or intelligence. Most are probably familiar with the Wechsler Adult Intelligence Scale (WAIS), which measures a tester’s intelligence quotient (IQ) and places the average at 100. The Wonderlic, in contrast, has an average score of 20.

The main difference between the Wonderlic and the WAIS tests, however, is that Wonderlic is used primarily as a method of vetting potential employees. The American Psychological Association has approved its use for personnel testing, and it is currently employed in many different sectors. Most notably, the Wonderlic is used in the NFL to assess the intelligence of draft picks. With any luck, you’ll outperform Jets cornerback Morris Claiborne, who scored a disastrous four. To put that in context, Wonderlic, Inc. claims a score of 10 is considered to be roughly equivalent to literacy. You may do better than Morris Claiborne, but it’ll be a challenge to outperform Tom Brady, who scored a 33, or Eli Manning, who scored a 39. Take a sample Wonderlic here. 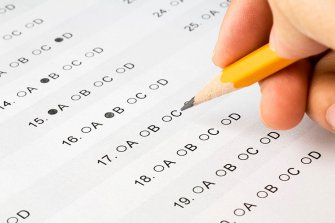 First developed by Antoine Bechara, the Iowa Gambling Task was designed to mimic real-world decision-making and assess executive function—essentially, the set of cognitive processes that allows for the deliberate control of behavior. You can take the test here.

The Iowa Gambling Task is simple; the premise is that you’ve borrowed $2000 to gamble with. There are four decks you can draw from, each of which will sometimes produce a card that rewards you with money, penalizes you, or does a combination of the two. Each turn, you can choose from which deck you want to draw from. 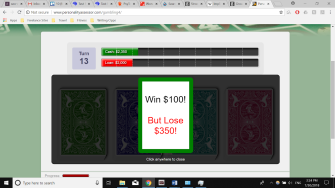 The trick of the test, however, is that two of the decks have greater penalties, and two of them have greater rewards. Most people switch to a “good” deck after a period of losses, but patients with damage to their prefrontal cortexes (where the bulk of the brains executive functioning transpires) fail to predict future consequences of the actions and play the same deck. Furthermore, chronic gamblers have been found to exhibit reduced responses to playing risky decks (i.e., playing bad decks that lead to losing all your money).

Named after John Ridley Stroop, the Stroop test is a very well-known measure of executive function. Like the Iowa Gambling Task, its premise is straightforward: a series of color words are presented to the test taker (i.e., “red,” “blue,” etc.), but the words themselves are printed in randomly colored ink. The task is to select the color of the word as fast as possible rather than selecting the word itself. So, if the word “red” were in blue ink, the test taker would answer “blue.” 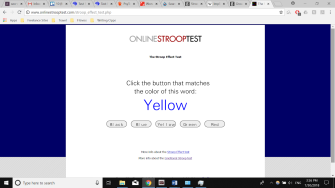 It turns out this is a pretty difficult thing for us to do. There are a few different theories out there for why this happens, but the main one is that the brain processes linguistic information far faster than color information. Both the word and the color hit our eyeballs at the same time, but the word gets pulled into the decision-making process first. The brain has to inhibit this information in order to select the correct, color-based response. Interestingly, people with attention deficit hyperactivity disorder (ADHD) perform more poorly on this test, likely due to their reduced ability to inhibit their automatic responses.

This task measures the test taker’s capacity for information processing as well as the rate at which that occurs. While it was originally designed to assess the impact of a traumatic brain injury on the test taker’s cognitive functioning, the PASAT relies on working memory, attention, and arithmetic abilities and can be used to assess these qualities in any subject. Notably, scores on the PASAT decrease with age, indicating the effects of cognitive decline. 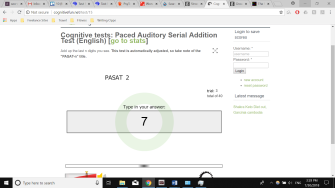 The PASAT is mainly used in patients with multiple sclerosis—in which nerve cells lose their insulating sheaths—as their ability to maintain the attention required for this test is severely impaired. You can take the PASAT here.

As much as we’d like to think otherwise, many of us harbor biases and stereotypes that we may not even be aware of. The implicit-association test was designed to uncover these hidden belief systems. It’s been used in the past to show that most researchers believe quality research only comes from rich countries and that medical doctors have an implicit preference for white patients over black patients. Project Implicit, based out of Harvard University, has a series of implicit-association tests on their website on topics such as age, race, weapons, and disabilities.

Essentially, the test works by providing two categories—for example, “white” and “black”—and by asking the user to rapidly associate a series of terms with those categories. For instance, the user may be asked to associate pleasant terms (such as “happiness”) with the “black” category and unpleasant terms (such as “suffering”) with the “white” category. A user with a negative implicit association towards black people would spend longer associating positive terms with the black category.

When we are more focused on the good things we enjoy in life, we have more to live for.
Up Next
Surprising Science

We aren’t lunarly exclusive. Earth has a few minimoons whizzing around us, including one that comes back into our orbit every 20 years or so.