Why the University of Chicago Opposes Intellectual "Safe Spaces"

According to letter sent to income college freshmen, the University of Chicago will not use trigger warnings or act as a safe intellectual space for students. 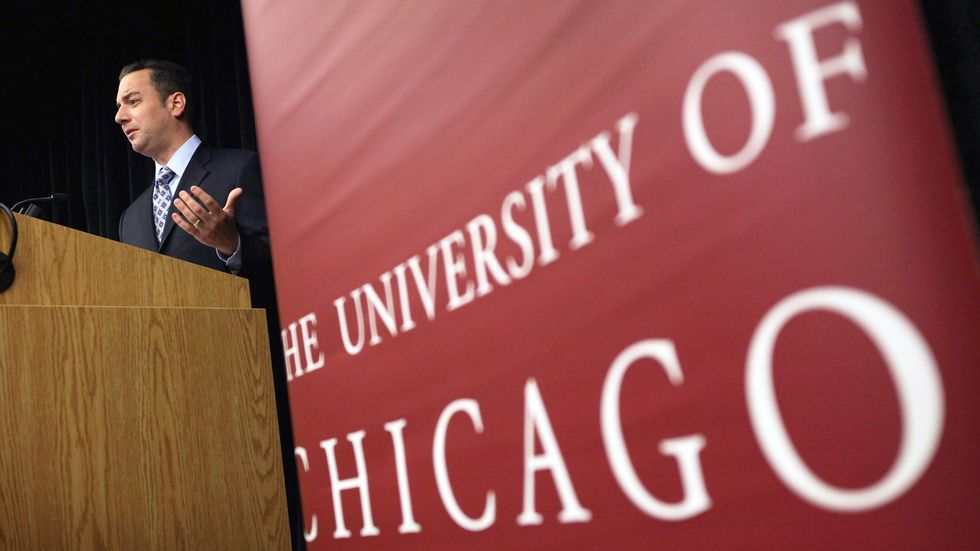 Safe spaces and trigger warnings are alerts that warn people about potentially traumatic subjects. They can be used on university campuses to alleviate students' exposure to harmful concepts or situations that could potentially trigger traumatic memories — but not at the University of Chicago.

According to letter sent to income college freshmen, the University of Chicago will not use trigger warnings or act as a safe intellectual space for students. Instead, the institution insists that students engage in potentially conflicting intellectual debate. Dean of Students John Ellison explained the decision. The university’s independent newspaper The Chicago Maroon hailed the decision as "welcome":

This decision bucks recent trends at many US universities. Schools are creating safe spaces in order to soothe increasingly stressed out students. The University of Baltimore touts its safe space policies in order to embrace a more diverse student body.

The trend is troubling due to its tendency to label everything as challenging rather than foster critical thinking skills. Philosopher Slavoj Žižek elaborates on that thought here: Despite all that, students are advocating for safe spaces. And universities are listening.

The University of Missouri had its president and chancellor forced to resign because students protested their abilities to create safe space for black students.

Brown University hosted a sexual assault debate and allowed students to organize a safe space with counselors, bubbles, and Play-Doh to comfort students who were disturbed by the subject matter.

DePaul University “denied a request to have conservative commentator Ben Shapiro give a speech at the university” due to lack of security, the Chicago Tribune reports. DePaul spokeswoman Carol Hughes explained: "DePaul University's Office of Public Safety determined, after observing events which took place when Mr. Shapiro spoke elsewhere, that it was not in a position to provide the type of security that would be required to properly host this event at this time."

Rutgers University had to scramble to replace Former Secretary of State Condoleezza Rice as a commencement speaker due to her student protest-driven cancellation.

As striking as those reasons are, there are other universities following Chicago’s lead for the sake of creating a culture of challenge. Indiana’s Purdue University did away with their safe space policy for many of the same reasons as the University of Chicago. Chairman Tom Spurgeon explains in a statement.

Our commitment to open inquiry is not new, but adopting these principles provides a clear signal of our pledge to live by this commitment and these standards… As we've said before, a university violates its special mission if it fails to protect free and open debate. No one can expect his views to be free from vigorous challenge, but all must feel completely safe in speaking out.

The University of Chicago made their decision for different reasons than Purdue. In Chicago’s case, they wanted to adhere to their charter. University President Robert Zimmer explained as much in a welcome letter to all students and faculty last fall, according to the Chicago Tribune:

Perhaps the most distinctive attribute of the University in its 125 years has been its deep and unwavering commitment to open discourse, free expression, and a singular focus on rigorous inquiry. The founders and first faculty members here, including President William Rainey Harper, viewed free expression as an essential basis for an institution where strength of ideas, not social standing or other considerations, would determine success in education and research.

Whether or not that’s true remains to be seen.

The biggest takeaway right now from this decision is that universities choose to create or abolish safe spaces for many different reasons. There is no broadstroke solution. Only time will tell if the University of Chicago’s decision will become the new trend -- and whether it caused any improvements in open discourse and rigorous inquiry.