What's Going to Kill You? Scientists Rank the Most Likely Causes - This Year 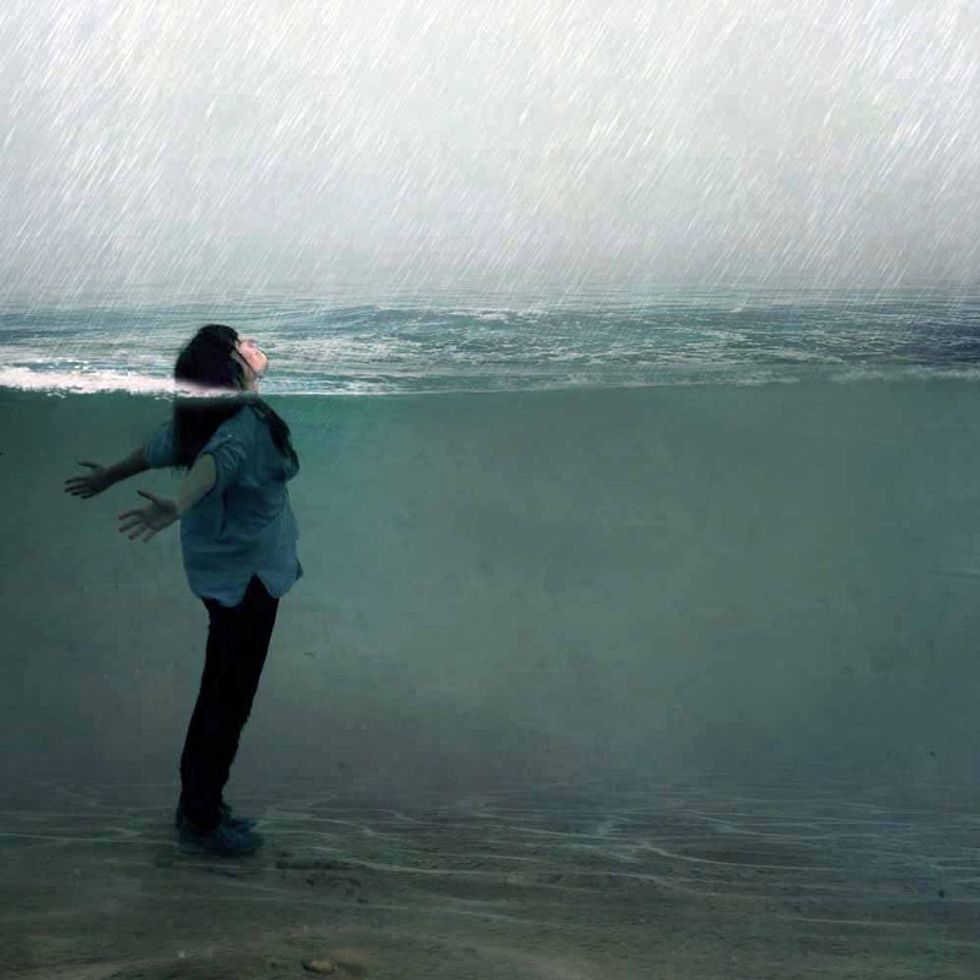 The apocalypse is nigh! From zombies to bird flu, there is no shortage of ways the human race can go extinct in the near future. But before you run off to a bunker and start stockpiling ammunition, take a look at the Swedish Global Challenges Foundation’s (GCF) Global Catastrophic Risk Report. We have bigger problems than The Walking Dead and Birdemic.

For the past four years, GCF has worked with the University of Oxford’s Global Priorities Project and the Foundation for the Future of Humanity Institute to quantify real apocalyptic risks. More specifically, they work together to define “events or processes that would lead to the deaths of approximately a tenth of the world’s population, or have a comparable impact.” Those events are classified as global catastrophes, and the goal of the report isn’t just to shed light on them: it’s to inspire ideas for eliminating them.

The 2016 report even takes all that data crunching “one step further” according to GCF Founder Laszlo Szombatfalvy, in that it, “try’s [sic] to show how different risks relate to one another, what can be done to combat the risks and who can and should do [it].” Basically, this is the most comprehensive guide to preventing the apocalypse we can get. Or, as the report puts it: “The most deadly event of the 20th century was probably the Spanish influenza pandemic of 1918-1920 which killed between 2.5% and 5% of the world population… Our focus here is on even more extreme possibilities which receive less attention.”

So what’s most likely going to kill at least 10% of us? In 2016, the answer isn’t a whole lot different from 2015 -- or, for that matter, any answer for the foreseeable future. Climate change is the single biggest threat to our safety. It can kill us in many different ways, too, due to its ability to create catastrophic weather events, “environmental degradation, migration, and the possibility of resource conflict.” While these adverse effects of climate change are unlikely to occur right this second, they will have ramifications for the next few decades. That makes it an emerging threat. Especially since it might also permanently heat up the core temperature of the planet, where “warming could exceed 6 °C, leaving large swathes of the planet dramatically less habitable.” The specifics come from stats culled by the Intergovernmental Panel on Climate Change (IPCC):

Global climate change risks are high to very high with global mean temperature increase of 4°C or more above preindustrial levels in all reasons for concern, and include severe and widespread impacts on unique and threatened systems, substantial species extinction, large risks to global and regional food security, and the combination of high temperature and humidity compromising normal human activities, including growing food or working outdoors in some areas for parts of the year.

The biggest triggers for causing catastrophic climate change are “if emissions are not cut sufficiently, if the sensitivity of the climate system is different from what is expected, or if environmental feedback loops occur.” The report posits the best ways to counteract the current effects of climate change while preventing new ones are for researchers “to increase their focus on understanding the pathways to and likelihood of catastrophic climate change, and possible ways to respond,” and for countries “to continue to implement and improve mechanisms for emissions abatement such as carbon taxes or tradable emissions quotas… at least $40 per tonne [sic].”

The scientific community backs all of these conclusions, including our very own Bill Nye the Science Guy: What is a surprise, however, is the second most likely cause of death for 2016: nuclear war. While only 9 countries have nuclear weapons, there are more than enough warheads to cause an enormous problem. According to the report, “the United States has 4,760, with yields ranging from 5 kilotons to 455 kilotons;42 and Russia has 4,300, with yields ranging from 50 to 800 kilotons. For comparison, the Little Boy bomb dropped on Hiroshima had a 15 kiloton yield.” Nuclear war is a consistent ongoing threat where “a large nuclear war between major powers would likely kill tens or hundreds of millions in the initial conflict, and perhaps many more if a nuclear winter were to follow.” The report cites one particular model, where “4,000 nuclear weapons would release 150 teragrams of smoke, leading to a 8°C fall in global temperature.” The most likely nuclear war would happen “between India and Pakistan,” but smaller conflicts -- or even accidents and miscalculations -- could pose equally catastrophic risks.

The best way to avoid any of events is for nations to “continue the policy of nuclear non-proliferation,” and for nations with nuclear weapons “to reduce stockpiles [and] continue to work to reduce the chance of accidental launch or escalation.” While “reduction of nuclear arsenals does not guarantee safety,” there are other ways to reduce the danger, as investigative journalist Eric Schlosser told us: Climate change and nuclear war might be the single biggest threats to humanity’s safety, but they’re not the only ones. Pandemics were considered our single biggest threat until the advent of nuclear weapons. Between the Spanish Flu, the Black Death, and the Great Plague of Justinian, over 25% of the world’s population was killed by disease. Thanks to antibiotics, influenza outbreaks are the most likely scenario this year because they occur “relatively frequently.” In fact, “according to the UK National Risk Register there is between a 1 in 20 and a 1 in 2 chance of a pandemic killing up to 1% of the UK population in the next five years.”

As frightening as that sounds, the resulting outbreak shouldn’t be that bad, since “there have been ten [outbreaks] in the last 300 years, [and] none of these have killed more than 5% of the world population.” There are also more ways to staunch a pandemic than any other scenario in the report. From developing drugs and vaccines with the development of a global vaccine fund to “continued improvements in developing world health systems in accordance with the WHO’s International Health Regulations,” there are many options to keep most of humanity alive. Some of our favorite experts discuss more of these options here: While these are serious threats to all of humanity, the probability of any single one of them happening in a given year is relatively low, but “the sheer magnitude of an adverse outcome warrants taking these risks seriously,” as the report explains. Still, the best way to avoid these catastrophes is a decision we don’t seem capable of making, according to Szombatfalvy:

A majority of the world’s nations, with strong support from leading nations, can make binding decisions which can be enforced in an effective and fair way. This would imply that individual nations waive their sovereignty in favor of one or more organizations that have a mandate to decide on how to mitigate GCRs. Would this be possible? My counter question is whether there are any alternatives?

It’s a good question. Hopefully, we’ll find an answer before the apocalypse strikes.