How to beat the loneliness epidemic 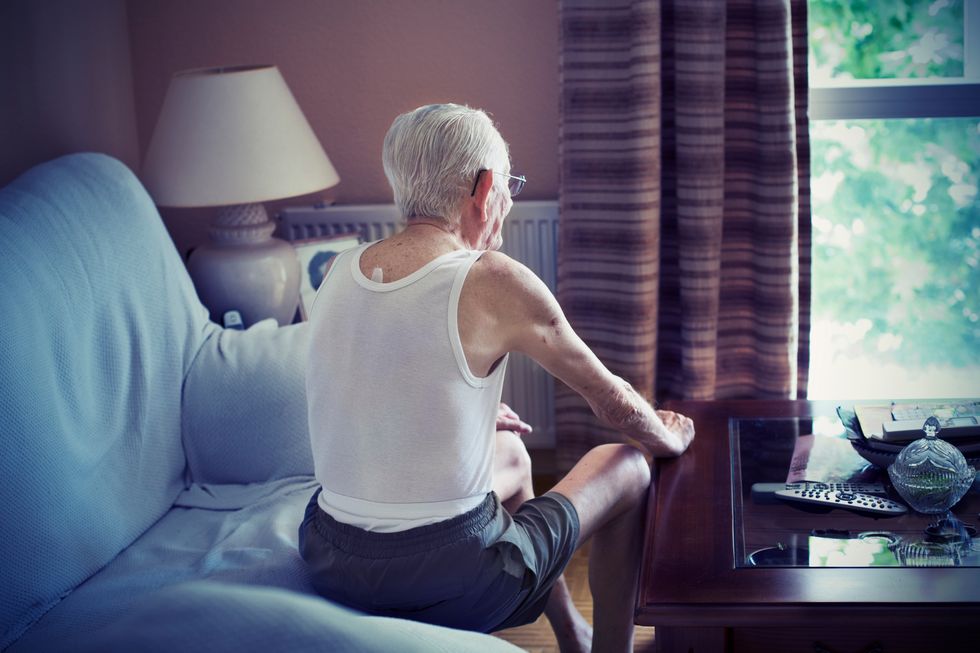 In the United States, 1 in 3 people over the age of 65 live alone; by age 85, 1 in 2 people live alone. Those stats come from The New York Times and highlight a health problem we often ignore: loneliness is killing us.

As The Times reports, “Researchers have found mounting evidence linking loneliness to physical illness and to functional and cognitive decline. As a predictor of early death, loneliness eclipses obesity." A 2012 JAMA study confirmed these results, citing that “among participants who were older than 60 years, loneliness was a predictor of functional decline and death."

A 2015 study in the journal Cell demonstrated these effects with mice. Researchers at the Massachusetts Institute of Technology and Imperial College, London split mice into three groups: solitary, solitary with an object, and grouped. They observed the dorsal raphe nucleus (D.R.N.) region of the brain, a section often linked to depression, with each group. When mice were part of the group dopamine production was stable, meaning that because dopamine is a neurotransmitter that pumps feel-good chemicals into our brains when we're happy, these mice were content in a group. But when the mice were isolated either on their own or with an object, dopamine levels plummeted. Most interestingly, dopamine levels surged when the mice were reunited with the group, most likely compensating for the earlier lull. "This is the first time we've found a cellular substrate for this experience," said Dr. Kay Tye, senior author of the paper, to The Times. "And we saw the change after only 24 hours of isolation."

Loneliness even affects key bodily functions. Professor John Cacioppo of the University of Chicago (and Big Think alumnus) has researched this, and The Times details his findings: “Chronic loneliness… is associated with increased levels of cortisol, a major stress hormone, as well as higher vascular resistance, which can raise blood pressure and decrease blood flow to vital organs… [and] the danger signals activated in the brain by loneliness affect the production of white blood cells; this can impair the immune system's ability to fight infections." He told Big Think more about those effects here: The best way to counter this, of course, is to spend time with friends. But it's harder to make friends now. We've told you about this before, but social media makes it harder to build friendships. As that piece explains, “With social media, we can easily keep up with the lives and interests of far more than a hundred and fifty people. But without investing the face-to-face time, we lack deeper connections to them, and the time we invest in superficial relationships comes at the expense of more profound ones."

A 2013 meta-analysis in Psychological Bulletin backs this up, stating:

Global social networks (which include your family, friends, coworkers, business acquaintances, and so on) increased up until young adulthood and then decreased steadily.

Personal and friendship networks (which include just family members, close friends, and other close confidants) decreased throughout adulthood.

The family network was stable in size from adolescence to old age.

Other networks, with coworkers or neighbors, were important only in specific age ranges.

The number of close friends we have peaks in our 20s and then steadily declines.

Those difficulties in making and keeping friendships seem to be linked to the loneliness epidemic. But you don't have to take them lying down. You can strengthen your current friendships by focusing on the ones that make you a better person. It's not easy; even William Shatner had trouble making friends – but he had Leonard Nimoy to help him: You may not have Leonard Nimoy, but you can still have great friendships. If you're struggling to keep in touch with friends, consider blocking off a chunk of time every week to make calls or scheduling a recurring date for a specific day of the month. If you're having difficulties making friends, Lifehacker has a whole bunch of tips to help you, including:

Checkout Meetup.com for anything you want to do, from art classes and poetry readings to wine tastings and disco parties. Pick one and go!

Walk a dog (it can be your neighbor's; that way you get to meet new people and make friends with your neighbor. Win-win!)

Regardless of how you strengthen your friendships, make it a priority. You're doing your future self a favor and helping to end the loneliness epidemic. You should also call your grandmother right now, or go visit an old person in your community. They'd love to hear from you. Really.