Leading a team of experts to reach creative heights may be the mark of today's genius. 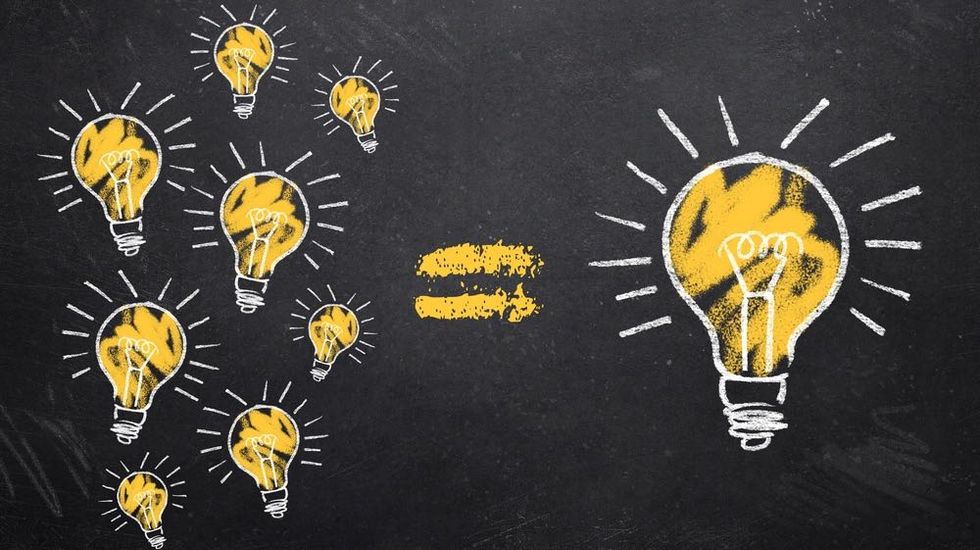 7 DAYS OF GENIUS is a weeklong festival of ideas and inquiry into the extraordinary people and concepts that have shaped our present and are shaping our future. From March 1-8, 92Y and its partners will together discover and debate, probe and provoke, illustrate and illuminate the many facets of genius in a wide-ranging conversation on stage, onsite, on air and online.

At the opening of a panel discussion about the source of genius, hosted by the 92nd Street Y in New York City, scientists Michio Kaku, Antonio Damasio, and JoAnn Deak all agreed that the popular notion of genius has expanded beyond outliers like Albert Einstein and Leonardo da Vinci to incorporate people at the top of their field of expertise.

Steve Jobs and Bill Gates, for example, both ranked in the top five people Americans identified as geniuses in a survey conducted by 92Y as part of its 7 Days of Genius Festival happening March 1-8, 2015. In the survey, one bias stood out strongly: 90 percent of Americans think geniuses tend to be male.

That bias belies another hidden assumption: that genius is a characteristic solely possessed by individuals. Today, however, innovation and achievement depend on the contributions of many. One reason is that far more people now inhabit the planet and experts are increasingly interconnected with each other.

In addition, today's systems are more complex, whether they are technological or mathematical in nature. Jobs, famous for uniting design concepts and artistic pursuits with personal computing, considered his biggest achievement to be the teams of creative individuals he built. His biographer Walter Isaacson said:

"I once asked Steve Jobs, you know, what product are you the proudest of. And I thought he might say the iPod or the iPhone or the iPad, whatever, the Mac. And he said, you know, making a product is hard, but making a team that can continually make products is even harder. The product I’m most proud of is Apple and the team I built at Apple."

Indeed, among the behaviors of supposed geniuses — from placing old ideas in a radically new context, to practicing for 10,000 hours to achieve mastery, to spending a lifetime in pursuit of a single goal and sometimes failing along the way, to developing solutions in a non-linear fashion — all are better accomplished by teams of individuals. Teams bring more raw information, more context, more diversity, and more aggregate hours of expertise.

Of course, getting them to share ideas and work toward the same goal is a different matter. Leading a team of experts to reach creative heights may be the mark of today's genius. At The Harvard Business Review, a team of business experts explain the rules of team interaction that best set the scene for the development of creative genius:

"Generally, the rules of engagement fall into two categories. The first is how people interact, and those rules call for mutual trust, mutual respect, and mutual influence — the belief that everyone in the community has a voice and that even the inexperienced and less tenured should be allowed to influence decisions. The second category is how people think, and those rules call for everyone to question everything, be data-driven, and see the whole."

When we place creative achievement in the context of the group rather than our automatic and romantic notions of an eccentric lone-wolf genius, we call those assumptions into question and begin working toward a more productive answer to what is a fascinating and important question: "What is Genius?"

And besides, being a lone genius isn't everything it's cracked up to be. As author and science historian James Gleick explains, it's often meant being extremely lonely and isolated even from your closest professional colleagues and friends.

92nd Street Y is a world-class cultural and community center where people all over the world connect through culture, arts, entertainment, and conversation. For 140 years, 92Y has harnessed the power of arts and ideas to enrich, enlighten, and change lives, and the power of community to repair the world.