Dr. Berlin conducts research to better understand the neural basis of impulsivity, compulsivity, and emotion with the goal of more targeted treatment. She employs neuroimaging and neuropsychological and psychopharmacological testing of[…]
Go to Profile 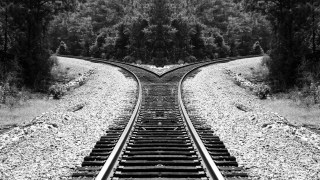 Heather Berlin on the Link Between Genius and Disorder

As part of Big Think’s partnership with 92Y’s Seven Days of Genius series, New York Times columnist Carl Zimmer asks Heather Berlin about the research that illuminates our understanding of genius. There’s a societal conflation between madness and genius that Berlin says is unnecessary, yet there is truth in that highly successful, creative people may benefit from the byproducts of disorders like OCD. She also recalls what she learned from viewing Einstein’s brain.

This is the latest installment in an exclusive, week-long video series of today’s brightest minds exploring the theory of genius. Exclusive videos will be posted daily on YouTube throughout 92nd Street Y’s second annual 7 Days of Genius Festival: Venture into the Extraordinary, running March 1 to March 8, 2015

Carl Zimmer:  It seems like when we talk about genius there is a sort of that creative capacity that we all have to some degree. But then there is the question of degree.  So I mean do you think neuroscience is giving us some answers as to why some people have it and some people don’t?

Heather Berlin:  Well I think neuroscience and genetics as well.  So recently there has been studies looking at like musical talent and it shows that there is actually a really large genetic component involved.  And so I think when we see these people who are at the way, you know, top ends of – like three standard deviations out from the norm you’re looking at a combination between somebody who’s born with a particular predisposition to have a talent plus the practice.  So for you maybe you can practice from now until tomorrow and you’ll only get to be so good as a concert pianist.  But if you were doing that plus you had a genetic predisposition you might get to these really far extremes and people might call you genius.  But it’s a combination of the two.  I once went around the world and met these people called super humans who were like extraordinary in a particular domain.

Heather Berlin:  Like, for example, a person with an extraordinary memory or who can withstand an enormous amount of pain.  And there are all sorts of these things that are way outside the norm.  A man who could hold his breath under water for 22 minutes which is actually amazing.  And when you look at it and we did experiments on them it’s a combination of having a different physiology like so for instance the man who could hold his breath under water had a larger lung capacity.  But then he practiced and learned meditation, learned how to slow his body’s metabolism and did all these other things that led him to hit this extreme.  And it’s the same thing with cognitive capacity.  So even IQ, right.  It’s a measure of different cognitive aspects, you know, reasoning and verbal abilities.  But with practice you can get to be the best within your biological constraints.

Heather Berlin:  So yeah.  I mean there’s a lot of controversy in this area because it’s not necessary to have some sort of, you know, psychopathology in order to be a genius.  And a lot of people conflate these two ideas.  Like the mad genius.  And it happens that yeah, there are a lot of people who are very talented who also happen to have a mental disorder.  A lot of the mental disorders are initially things that are adaptive.  Like even OCD, you know, it’s good to sort of have structure and have certain rituals but when it gets to be extreme then it becomes problematic.  So these are things that we all have that are adaptive that sometimes go a little too far extreme.  It doesn’t necessarily mean that that correlates with creativity.  However, if you do think about it something like OCD where you’re really – a certain type of OCD where you’re really paying attention to the detail might allow you to put in the hours to, you know, for example like Darwin to obsessively collect all of these things.  But that in itself is not enough.  He also, I think, needed the divergent thinking, the creative thinking to put all the pieces together.  So although there might be some sort of advantages with some of these disorders in the sense that it might make you be more focused on a particular task, I think it’s not enough.  There’s still something else there.  And so in a sense these people might be geniuses despite their disorders.

Carl Zimmer:  Interesting because I mean I would think that there would – when you talk about divergent thinking and making these novel associations, you know, as you say like you can make an infinite number of random associations.  And so that line there between what’s a brilliant insight of a genius and what’s something that’s a dream or a delusion might be kind of hard to draw the line there.

Heather Berlin:  Well if you think of someone like let’s say John Nash, right, who they did this whole…

Carl Zimmer:  So John Nash, A Beautiful Mind.  He was a mathematician at Princeton, right?

Heather Berlin:  Yeah.  Yeah.  And what was interesting is that so it appears that when he wasn’t taking his medication which allowed his schizophrenic symptoms to sort of crank up he wasn’t able to do his creative math at that point, right.  It became too detrimental.  So there is a point in which, you know, too much outside of the box thinking it leads to noncreative ideas, just random associations, novel associations, delusions.  So when he had his medication and it pulled back his symptoms that’s when he was able to be sort of, you know, work that was sort of genius, right.  But I think again it was in spite of his disorder, not because of it.  That being said people who have certain types of mental illness have different wiring in their brain.  And part of that having a different kind of wiring so to speak could in some sense be related to having a different way of thinking which could produce these genius type thoughts.

Carl Zimmer:  Can you like, you know, if you pick out one outlier, like one Einstein, is there that much that you can learn just from studying them?  I mean is it possible to unlock an individual’s genius?

Heather Berlin:   So I mean people have looked at Einstein’s brain.  I actually got to see it when it was on display at the Welcome Trust in London which was really cool.

Carl Zimmer:  Did it look amazing?

Heather Berlin:  it was like parts of his brain actually.  No, it didn’t look amazing.  He had variation in his like I think it was the Sylvain fissure.  There was a couple of things that were different but you – as far as I’m concerned I don’t think you can learn that much just by looking at an individual brain because we all have little quirks.  No two brains are exactly the same.  So I think it really has more to do with the way – not just anatomy but it’s function and that has to do with the way it’s wired.  And unless we can really see his brain in action, you know, you’re only going to get a small little piece of the puzzle if you’re just looking at, you know, anatomical structure.  And, for example, if we take two people who have exactly the same sort of lesion or area of damage in the brain and then we do cognitive tests on them, you know, one person might have a very severe deficit in a certain area of thinking and another person might not with the same exact lesion.  So there is a lot of differences and you can’t just look at one brain and understand the whole picture.

Heather Berlin on Genius and Creativity