Children Will Lead the Crusade Against Our Robotic Masters

Researchers found kids will assault a robot, even when it pleads for its abusers to stop. 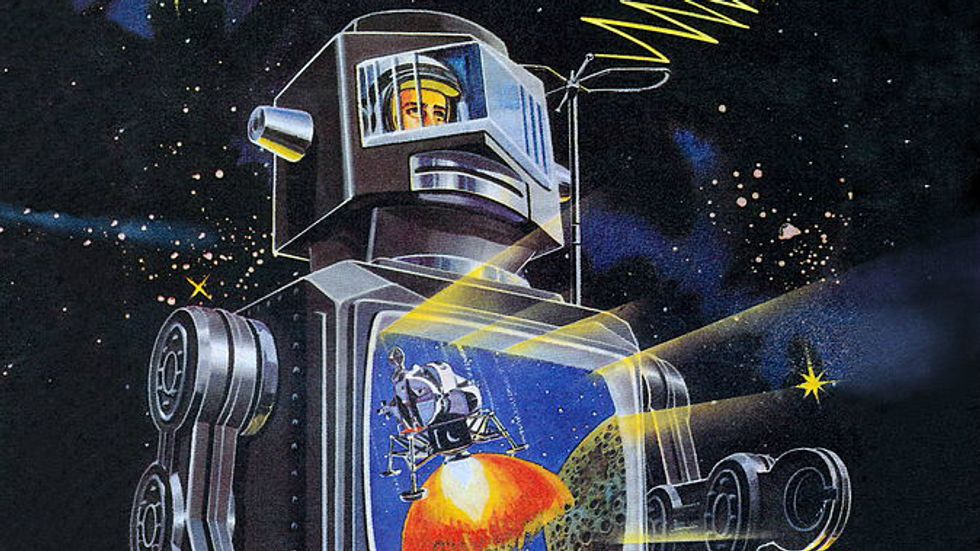 If there's ever a robot uprising, kids will be the instigators. Despite whatever empathy Pixar's lovable WALL-E may have built up in children, it all went away when researchers from Japan introduced children to real-life robots.

Researchers set up a bit of a sting operation, placing a robot in a mall for two weeks, observing how people interacted with it. After children happened upon a humanoid robot in the mall, kids immediately took to abusing it with little or no regard to its feelings.

The researchers wrote some of the behavior they observed their paper Why Do Kids Abuse Robots?:

“We observed serious abusive behaviors with physical contact such as kicking, punching, beating, folding arms, and moving (bending) the joints of robot’s arm and head.”

Some children would obstruct the robot's path, “regardless of the robot’s utterance requesting for the children to stop the obstruction.” The researchers wrote that the kids would also “[cover] up the robot’s eyes with their hands, and beat the robot’s head.”

To try and find a reason behind such unrelenting discrimination, the researchers took 23 of the robot-abusers aside for interviews. All were under the age of 10 and 20 of them were boys. Surprisingly, only 13 percent of the abusers saw the robot as a machine, while the rest viewed it as a human-like creature. The children explained why they decided to assault: some did it out of curiosity, wanting to know how it would react, others did it just for sport, and a few were just copying what they saw other kids doing.

These results would suggest “that these children lacked empathy for the robot.”

“From this finding, we speculate that, although one might consider that human-likeness might help moderating the abuse, human-likeness is probably not that powerful way to moderate robot abuse.”

As robots are being poised to become the next technology revolution, it will be important to create bots that won't suffer the same kind of damages that often befall a parent who gives their kid their iPhone.

Then again, maybe kids have the right idea. Futurist Michael Vassar explains that a greater-than-human AI would doom humanity. Indeed, Jon Iwata, senior VP of marketing and communications at IBM, has often said the vast knowledge and intelligence in the Watson bot is, at times, unsettling to some.