Alcohol: A Social Lubricant But at What Cost?

Ian Mitchell argues that alcohol may make you friendlier, but only to certain people. 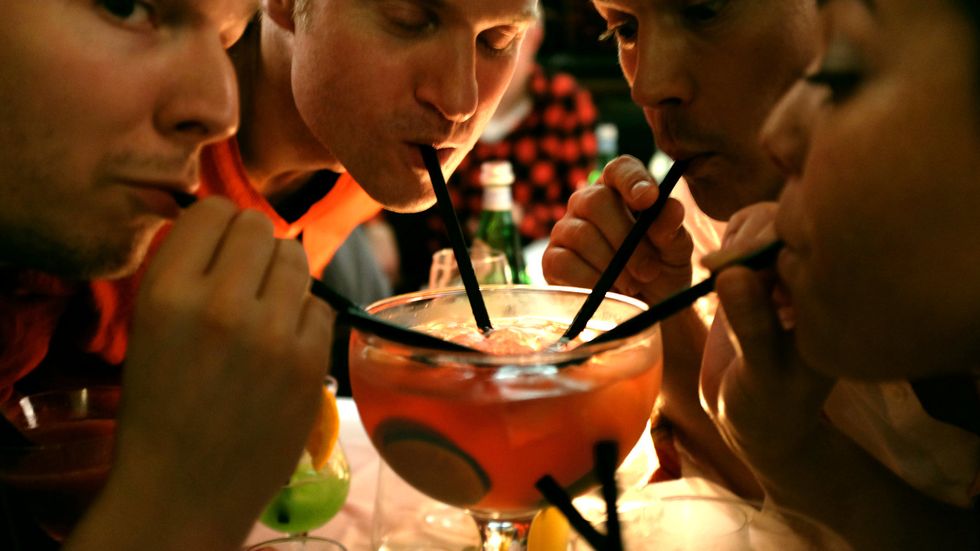 Drinking alcohol is a nice way to unwind with a group of friends, and has also been known to act as a social lubricant. (Though, a past study has argued that laughter is actually a better social lubricant than alcohol.) However, Ian Mitchell writes in The Conversation that these positive effects are a nice reason to drink, but he questions its universal effectiveness, writing:

“...why do these reactions occur and are the positive effects of alcohol expressed towards everybody we interact with?”

When we drink, Mitchell explains, alcohol “binds to a specific type of receptor in the brain and boosts the activity of a natural brain chemical called GABA.” However, the effect the alcohol has on us is dependent on 1) how much we consume and 2) the location of these receptors. Mitchell explains that the alcohol acts on the GABA, boosting our dopamine levels and creating that warm fuzzy feeling — inhibiting our feelings of anxiety and, with too much, will inactivate our systems that make us feel fear.

All these factors, Mitchell says, help facilitate and ease social interactions. But while he reports studies have shown alcohol consumption can make us more empathic, more willing to trust others, and more generous, there's another side to this coin.

“Equally, alcohol can corrupt our ability to understand the intentions of others. The brain contains specific circuits, which connect parts of the prefrontal cortex, amygdala, and temporal parietal junction, that handle our social cognitive abilities. So our ability to understand somebody else’s mental perspective and their motivations for acting in a certain way become unreliable.”

What's more, he writes that we may misinterpret facial expressions and emotions. But during our alcohol-impaired states, we also gravitate toward certain people, “[bonding] to members of our in-groups. However, this may come at the cost of the way we treat people outside of these groups. Similarly, alcohol makes members of our ethnic in-group appear more attractive, but this effect does not extend to members of other ethnic groups.” In summation: Alcohol will make you friendlier, but only to certain people.

Read more at The Conversation.