The French government recently took a small step back toward the dark ages, implementing a ban on WiFi in schools based on no evidence whatsoever, a move cheerleaded by parts of the press including British newspaper The Telegraph. 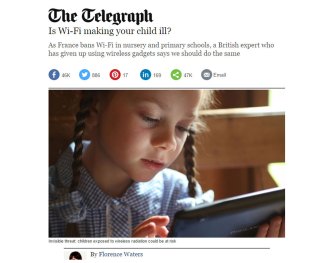 Only recently, I debunked a similarly absurd claim in the same newspaper, many of the same arguments apply.

I won’t waste too much of your time and mine debunking this nonsense directly. Without wishing to repeat myself, I shall simply cite the World Health Organisation (WHO) position:

“Despite extensive research, to date there is no evidence to conclude that exposure to low-level electromagnetic fields is harmful to human health.”

Indeed there is not even any known biological mechanism through which the signals used in WiFi could cause illness. WiFi operates at non-ionizing frequencies, which cannot cause molecular changes at a genetic level. As the WHO points out, due to their lower frequency, the human body actually absorbs five times as much of the signal from FM radios and TV, as it does from a similar amount of exposure to mobile phone base stations, let alone WiFi! Obviously, no adverse effects have ever been observed from FM radios or TV, so there is no scientific reason to believe WiFi would be any different.

Here’s Where Things Get Interesting

A growing body of research is shining a light on a phenomenon called the nocebo effect — which is the direct opposite of the placebo effect. In the same way that we can get better when we are given a placebo pill, we can also suffer severe side effects.

In one study, researchers strapped a fake WiFi router to people’s heads and found that over half of the participants genuinely believed it was making them feel ill! The participants complained of anxiety, head pain, and a tingling feeling. 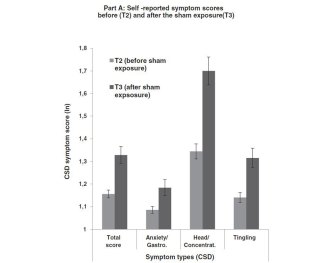 The researchers found that particularly anxious participants could actually be manipulated into feeling unwell in response to the fake WiFi by showing them a documentary that described so called “electromagnetic hypersensitivity.” Interestingly, the TV show had the opposite effect on less anxious individuals. 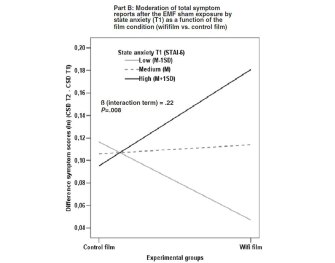 This was by no means the first study to test “electromagnetic sensitivity.” A comprehensive review of 46 blind or double-blind studies has shown that people who claim to be sensitive to electromagnetic radiation experience symptoms regardless of whether or not they are exposed to real electromagnetic radiation. Studies that suggested otherwise could easily be explained by methodological problems, or chance, or both — and have been well debunked by larger, better-controlled studies.

In one incident in South Africa, residents threatened to take a wireless broadband provider to court over health complaints from 40 people in response to a new base station. It only later emerged that during the period the health complaints were received, the tower had never actually been switched on!

Even though it is clear as day from the evidence that electromagnetic radiation itself is not having any detectable health effects on people, the symptoms some people experience from the nocebo effect are clearly very real indeed. In Greenbank, West Virginia, home of the world’s largest steerable radio telescope, in a designated National Radio Quiet Zone used for military and scientific research, there exists a small group of “WiFi refugees,” who genuinely feel their symptoms are so severe that they can no longer continue to be a part of modern civilization. Some even live without any electricity whatsoever! 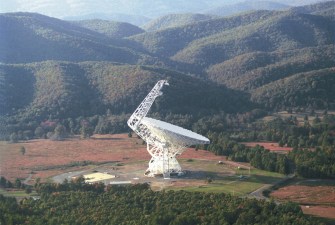 But pills and radio signals are certainly not the only sources of the nocebo effect. If you need any more convincing that the problem of electromagnetic sensitivity is all in the mind, consider for a moment the variety of diseases and symptoms that have been attributed by various individuals to living near something as benign as wind farms:

…and that’s just some of the list up to the letter C! In total, an astonishing 244 diseases (and counting) have been attributed by people to living near wind farms, in a list collated by professor Simon Chapman from the University of Sydney School of Public Health originally jokingly titled “Is there anything not caused by wind farms?”

Obviously, there is no evidence that wind farms actually cause any of these diseases and just like with WiFi, there is no clear mechanism through which they even could. It is however, an interesting illustration of our capacity to worry ourselves sick. My biggest take-away from the wealth of research into both of these fields, which includes an absolutely giant stack of research demonstrating the nonexistent negative health effects of wind farms, is that the findings demonstrate just how difficult (if not completely impossible) it is to prove a negative.

Should we be searching for life on other planets, or technology?
Up Next
Culture & Religion

Mainstream Media Are in the Entertainment Business, Not Journalism

Should ABC hold George Stephanopoulos accountable for undisclosed contributions to Clinton organizations? If he’s a journalist, yes. But is he? The Good Morning America host represents an ill trend in mainstream journalism.