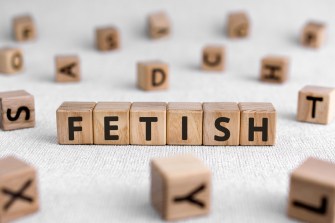 Have you ever wondered how fetishes are formed?Photo by OneSideProFoto on Shutterstock

“Fetish” and “kink” are sometimes used interchangeably, but there are some key differences that are important to discuss when we’re talking about the psychology of a specific sexual desire.

A fetish is a sexual fixation on a specific object, activity, or body part that becomes absolutely necessary to a person’s sexual satisfaction. A kink is a broad term that is used to describe many different “alternative” sexual interests, preferences, and/or fantasies.

A fetish will oftentimes be psychologically ingrained in our desires – it becomes almost impossible to feel sexual pleasure without including this particular thing in your sex life.

How are fetishes formed?

The idea of how fetishes are formed has been a question of intrigue for a long time. However, there is still very little research available on the subject. Perhaps this is because of the complexities of sexual psychology — after all, sometimes it’s difficult to explain why our brain reacts the way it does to certain stimulation.

The most common answer to the question of how fetishes are formed is that a fetish is a learned response. For example, when a neutral item (such as a shoe, for example) is paired with something arousing (a nude photo, for example), the previously neutral item is eventually associated with arousal and sexual excitement, eventually becoming a trigger for arousal.

This theory was proven in 1966, with a study performed by Stanley Rachman, where colored photographic slides of naked women were projected onto a screen for 15 seconds, followed by another image of a pair of black, knee-length women’s boots projected for 30 seconds.

Sexual arousal was successfully conditioned in this study, meaning that the participants eventually became aroused when looking at the image of the black boot.

There is another theory surrounding fetishism that suggests there are prerequisite personality traits that enable us to become more or less likely to develop certain fetishes.

According to psychologist Dr. Justin Lehmiller, who is currently a research fellow at the Kinsey Institute, the idea that people are “born with” fetishes likely won’t be proven – but there is merit to the idea people may be born with a generalized predisposition to developing fetishes.

“Although personality is undoubtedly influenced by environmental factors, several studies have suggested that a number of personality traits are heritable to some degree,” Lehmiller explains. “So, to the extent that individuals are born with tendencies towards certain personality traits could explain why some people are more likely to develop fetishes than others.” 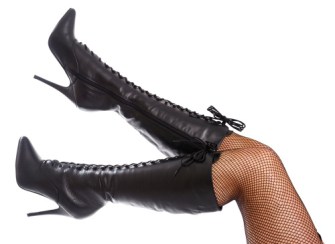 1 in 7 people have had a sexual fantasy about feet. Photo by Martin Carlsson on Shutterstock

The fetish for feet has been labeled as many things: foot fetishism, foot worship, foot partialism (where you are sexually aroused by a certain body part).

Foot fetishism has also been deemed a paraphilia (a condition where the individual’s sexual arousal and satisfaction depend on fantasizing over a specific thing), with people who have a distinct interest in feet noted as having “podophilia”, which is described as a pronounced sexual interest in feet (or shoes).

How popular are foot fetishes?

According to Justin Lehmiller, who collected data on this topic for his book “Tell Me What You Want”, reported that 1 in 7 people have reported having a foot-related sexual fantasy before. However, he explains the number of people who have a true fetish for feet is likely to be much smaller than that.

It’s important to note, according to Lehmiller, that just because someone has fantasized about feet in a sexual capacity, this doesn’t mean they have a fetish for feet – simply, they have been sexually aroused by the idea of feet in the past.

Lehmiller even went as far as breaking down the sexual orientation of his participants, explaining that 18% of heterosexual men have fantasized about feet before, compared to a very small 5% of heterosexual women. Twenty-one percent of gay or bisexual identifying men and 11% of lesbian or bisexual women also shared their experiences with foot-related sexual fantasies. 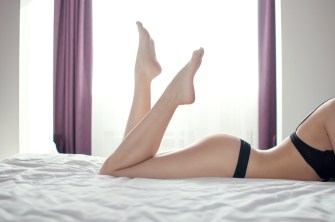 The “body image map” known as the Penfield Homunculus explains why people can be sexually aroused by feet.Photo by sergey karabanov on Shutterstock

Dr. Vilayanur Ramachandran, a neurologist and professor of neuroscience and psychology at the University of California, San Diego, has spent years studying and analyzing the neural mechanisms that cause human behaviors.

Ramachandran explains the results of a study he conducted on the clinical phenomenon known as “the phantom limb”, where people who have lost limbs continue to have vivid sensations (pain or otherwise) where the missing limb would be.

Chronic phantom pain is present in about ⅔ of patients who have had a limb removed, and this phenomenon may also explain foot fetishism, as well.

According to Ramachandran, every point on your body has a corresponding point in your brain.

When a person loses a limb, the brain rewires the area of the brain that is connected to that part of your body and can often make it feel as though there is still a limb there – this is the explanation found in studies of phantom missing limb pains.

In one of Ramachandran’s studies, many people who had lost a foot also reported that they could experience sexual pleasure from thinking about their missing foot.

While this may sound unorthodox, a groundbreaking study from the late 1950s proves this theory.

Wilder Penfield established the “body image map” (referred to as The Penfield homunculus) which found that sensations in the body directly correlated to stimulations in various parts of our brain. The sensory perception for our feet is located directly adjacent to the sensory perception area for our genitalia – perfectly explaining the normalcy behind foot fetishism.

Uploading your mind is not a pathway to immortality. Instead, it will create a possibly hostile digital doppelgänger.
The Future

For decades people have arranged to freeze their bodies after death, dreaming of resurrection by advanced future medicine. Many met a fate far grislier than death.
Up Next
Starts With A Bang

The dark matter halo around our galaxy should exhibit slightly different interaction probabilities as the Earth orbits the Sun, varying our motion through the dark matter in our galaxy. (ESO […]