How do we define a fetish? It comes from feitico, a Portuguese word meaning “obsessive fascination.” The technical term in psychology is paraphilia, which is an atypical sexual interest in an object, act, body part, or sensation. So far, 549 separate paraphilias have been identified, and there may be many more.

According to a study out of the University of Bologna in Italy, the most common fetishes deal with non-sexual parts of the body. A foot fetish is the most common. Nearly half of all fetishes are foot fetishes. Usually, its men focused on women’s feet. The second most common is for accessories such as stockings, boots, or gloves.

Though some of us have a predilection for something, the fetishist cannot technically climax without his or her fetish present. For instance, a couple might enjoy incorporating bondage, food, or role play occasionally into their sex life, in order to “spice things up.” That doesn’t mean their fetishists. They just enjoy a little kink. Desiring to wear a diaper, to be spanked, to kiss a woman’s foot, be peed on, don a collar and leash, be tied down, or feel leather against one’s skin can all be considered fetishes. Even such things as voyeurism, cross dressing, or exhibitionism are parahilias.

There are some really strange ones, like getting caught in quicksand. There’s sploshing or WHAM which is covering your partner in whip cream, baby oil, body paint, or other substances. You might even fantasize about getting swallowed by a large, imaginary predator (vorarephilia), digested by it, and expelled, while parts of you remain and become part of that creature. Harvard research psychologist Justin Lehmiller, Ph.D. says, “Pretty much anything you can think of, someone out there probably has sexual associations attached to it.” 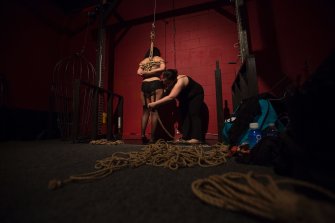 Once thought of as depraved or deviant, today, paraphilias are only thought to be negative, if engaging in it causes harm or distress to the person or another. Paraphilia was removed from the DSM V, when the so-called bible of mental disorders was updated in 2012. Though the field of sexology is new, most therapists today believe that having a fetish is perfectly healthy, as long as it is expressed with a consenting, adult partner.

Study after study finds no correlation between a fetish and any sort of pathology. But suppressing one or trying to condition it out could cause psychological damage. Dr. Richard Krueger is an associate professor of psychiatry at Columbia University Medical Center. He told Healthline, “The literature is limited, but it would suggest that they’re (fetishists) healthy or healthier” than those who don’t have one.

Sex counselor Jessica O’Reilly, Ph.D. said that just as people have different tastes for food, they have diverse sexual fantasies. So a fetish may be “one element of our diversity in terms of sexual interest and arousal.” O’Reilly believes that usually, it’s something that’s imprinted in the mind when a person is first becoming aware of their own sexuality. Most people remember when they first acquired their fetish, though not always.

Say a boy loses his virginity to a woman wearing thigh-highs. From that day forward, he may associate the stockings with sexuality, and so become aroused when he sees them. Other fetishes may be imprinted in the same fashion. One study in the 1960s showed men naked photos of women, alongside pictures of boots. After a protracted period, participants began to associate boots with arousal. 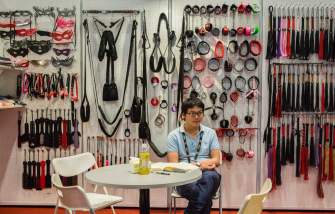 This suggests that developing a fetish is Pavlovian in nature. Further research supports the claim that paraphilias are non-sexual elements which though a certain experience, somehow get associated with sex. As a result, the more such impressions we encounter, the more fetishes we might acquire over time.

Moreover, some mainstream dating sites like OKCupid are now allowing users to communicate their fetish to would-be mates. Before the internet, those with interests outside the sexual norm felt isolated or even “sick.” Today, we realize how common atypical sexual interests are. And it’s likely that as more knowledge about paraphilias settles into the general population, harmless fetishes are bound to become more widely accepted.

In the perilous mountains of Tibet, archaeologists unearthed ancient hand and footprints that seem to be the creative work of children.
Up Next
High Culture

Pixar Has a Free Storytelling Course You Can Take Online, Right Now

In one of the best examples of free education this year, Pixar has released a six-part online course called 'The Art of Storytelling'.