The initial European trials for gaboxadol produced positive results. Merck and Lundbeck were convinced they had a blockbuster drug on their hands. Researchers considered it a major improvement over Ambien, which sometimes left users feeling groggy the next day. Gaboxadol also didn’t produce negative effects when mixed with alcohol, making it a rare sleeping pill. Then the U.S. trials began.

The drug bombed. In 2007, the pharmaceutical giants canceled development of the drug; Lundbeck sold the rights to it in 2015. While no specific reason for its failure has been stated, pharmacology professor Richard J Miller writes that the protein molecule that carries gaboxadol also transports amino acids, such as tryptophan, across the blood-brain barrier. Since Americans consume 20 percent more daily calories from meat than Europeans, gaboxadol likely failed because it was competing with extra tryptophan.

Drugs are complex. A one-size-fits-all approach to drug development often doesn’t work. If gaboxadol works for vegetarians, should it be reconsidered? Perhaps in a research field focused on individualized medicine, but that’s not the system we live in. Gaboxadol is now being studied for use in treatments of Fragile X syndrome and Angelman syndrome.

There are many reasons a drug might work for you and not me. This is true of antibiotics and vaccines, though these classes of drugs have a solid track record. When considering more controversial treatments, such as antidepressants, the story changes.

Antidepressants Make it Harder to Empathize, Harder to Climax, and Harder to Cry. | Julie Hollandwww.youtube.com

This comprehensive scoping review from the McGill team is troubling for two reasons. First, obesity is already a predictor for depression. Second, weight gain is also a side effect of antidepressants, implying that their efficacy could dwindle with long-term usage. Recent evidence confirms that extended usage of antidepressants results in withdrawal symptoms that persist for over a year, obesity included in that list.

According to the study, over 300 million people suffer from depression around the world. The WHO reports that depression is the leading cause of disability worldwide. Pharmaceutical intervention is problematic with roughly half of prescription users. While the reasons for this are not well understood, obese and overweight patients suffer from treatment-resistant depression at higher rates than those with normal weight. 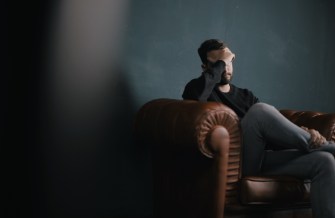 Photo by Nik Shuliahin on Unsplash

The researchers offer a few possibilities for why being overweight could negatively affect antidepressants.

This wide range of potential factors shows the complexity of drug interactions within the human body. One thing is clear from the McGill team’s review: being overweight reduces the efficacy of the world’s most popular antidepressants. This trend reiterates the need for better mental treatments, such as psychotherapy and psychedelic therapy. The time for an overhaul of the psychiatry industry and its reliance on this class of drugs has come.

The larger truth on the streets is that no one uses just one drug anymore.
Up Next
Hard Science

Why we can stop worrying and love the particle accelerator

By delving into the mysteries of the Universe, colliders have entered the Zeitgeist and tapped the wonders and fears of our age.