From mysticism to mental health, the journey of psychedelics in American culture has been quite a trip. With hundreds of millions of dollars flowing into psychedelics startups—the “Rainbow Rush“—and a clinical study investigating the therapeutic effects of MDMA and LSD (besides many other single-substance trials), a renaissance is unfolding right before our eyes.

Researchers are picking up where their forebears left off. Hundreds of studies on LSD and psilocybin were conducted in the ’50s and ’60s. Psychiatrist Sidney Cohen wrote an extensive review in 1960 on the complications and side effects of LSD; he found minimal damaging effects in over 25,000 administrations. Likewise, psychiatrist Oscar Janiger used LSD therapeutically with 930 patients. He noted few adverse effects.

Writing about Janiger’s experiments, medical anthropologist Marlene Dobkin de Rios notes, “The nature of the individual drug experience reflects the basic psychophysiological action of the substance as it interacts with the total life experience that the person brings to it.”

The total life experience. Mental health today is expressed in terms of chemical imbalances, but that hypothesis has been on shaky ground for decades. Anxiety, depression, PTSD, suicidal ideation—conditions dependent on memories, environment, relationships, genetics, finances, a host of causes. Psychedelics help reframe your relationship to your situation, sometimes alleviating the existential weight of modernity.

Dr Robin Carhart-Harris is the head of the Centre for Psychedelic Research at Imperial College London. He’s published nearly a hundred studies on psychedelics. A recent research article, published in Frontiers in Psychiatry, found that the effects of psychedelics are associated with a decrease in the severity of depression and suicidal ideation.

The two studies in the article include 358 volunteers. Each participant filled out questionnaires about their levels of depression, suicidal ideation, and experiential avoidance—”openness to one’s experiences and engagement in behaviors that are congruent with one’s values.” They then took part in either ceremonial psychedelic consumption (as in an ayahuasca ritual) or non-ceremonial usage. Carhart-Harris’s team followed up two weeks and four weeks later.

The parameters of the first study were broad. The individuals had a variety of psychedelics to choose from: LSD, ayahuasca, DMT, salvia divinorum, mescaline, psilocybin mushrooms, or ibogaine. Interestingly, respondents that planned on using ketamine were excluded. While the sedative has recently been touted as a psychedelic, it’s not classically considered in this regard.

The second study was slightly more structured, as the team accepted participants attending a psychedelic ceremony. This is especially important given the work by organizations like MAPS ( Multidisciplinary Association for Psychedelic Studies), which is training psychedelic therapists in the hopes of legalized MDMA by 2023.

“Such ceremonies usually involve the presence of one or more “facilitators”—individuals who aim to provide a safe, conducive environment, emotional support, as well as certain contextual stimuli which are intended to enhance or structure the psychedelic experience.” 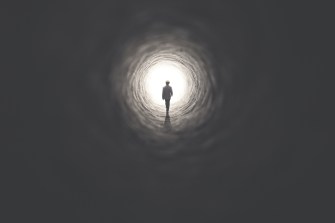 This research differs from previous studies in that psychedelic usage was not conducted in a clinical setting. As the environment is an important component of the psychedelic ritual, researchers are more likely to receive real-world results from anecdotal experiences. Letting go in a clinic poses challenges.

The results, the team writes, were overwhelmingly positive.

“Across two separate studies, we found significant decreases in depression severity and suicidal ideation 4-weeks after psychedelic use… We found that use of psychedelics was associated with decreases in experiential avoidance 2-weeks later and was sustained for at least 4-weeks.”

Psychedelic researchers will continue to face is the difficulty of implementing a control group, although at least one study found that the placebo effect is relevant. A larger barrier will be financial support from pharmaceutical companies with vested interests in current drug protocols.

That said, this renaissance shows no signs of slowing. During a time when rates of anxiety, depression, and suicide are rising, a return to psychedelic rituals can help chip away at the frustration and confusion of this moment. These substances have been used for millennia to keep societies intact. Such ceremonies are sorely needed right now.

The “Mind After Midnight” hypothesis aims to explain why night owls tend to suffer more negative health outcomes.
Up Next
Starts With A Bang

What Makes A Planet? Lessons Learned 14 Years After Pluto’s Demotion

Although we now believe we understand how the Sun and our solar system formed, this early view is an illustration only. When it comes to what we see today, all […]