In 1947, Dr. Howard Rusk published an article in the NY Times. The doctor is advocating for better public education on issues of mental health. Considered to be the founder of rehabilitation medicine, Rusk was trying to destigmatize mental disorders in the same manner as physical disorders.

Psychiatrists were facing an upward battle. “Madness” was considered an aberration, not a treatable ailment, in a health care system that was increasingly relying on pharmacology. Thanks to a new class of tranquilizers showing promising results, Rusk drew a parallel between diseases of the brain and diseases of the body.

“We must realize that mental problems are just as real as physical disease,” he wrote, “and that anxiety and depression require active therapy as much as appendicitis and pneumonia.”

As a rehabilitation specialist, Rusk knew the importance of physical movement for trauma recovery. He was likely aware of the connection between physical and mental health. Unfortunately, his good intentions were usurped by the psychiatry industry. Desiring status equivalent to medical doctors, psychiatrists understood that having a “painkiller” in their arsenal would cause the public to treat their profession with the same regard.

The process took another four decades to unfold. By the time Prozac was released on the American market in 1987, the chemical imbalance theory of anxiety and depression had become the going narrative in the psychiatry industry. Once a narrative grips the public’s imagination, it’s difficult to overturn. Psychiatrists finally achieved a similar status as medical doctors thanks to the parallel Rusk drew forty years before.

A safety narrative has long been attached to the chemical imbalance story: antidepressants are a safe intervention in the treatment of anxiety and depression. As three Australian researchers—Martin Whitely at John Curtin Institute of Public Policy in Perth and Melissa Raven and Jon Jureidini at the University of Adelaide’s Critical and Ethical Mental Health Research Group—write in a new study, that story is suspect.

Published in Frontiers in Psychiatry, these researchers push back on the narrative that antidepressants decrease the risk of suicide. Since the FDA first issued a black box warning citing an increased risk of suicidal thoughts and behaviors in adults under age 18, psychiatrists and public officials have contested any link between antidepressants and self-harm.

Antidepressants Can Cause Suicide and Homicide — Peter Gotzsche, M.D.www.youtube.com

Australia, which ranks second in the world in per-capita consumers of antidepressants among OECD countries, has never been provided the same safeguards as America—and the efficacy of America’s safety measures are questionable at best. The FDA first issued that block box warning in 2004, updating it to reflect adults under age 25 three years later. In 2005, the Australian Therapeutic Goods Administration (TGA) required leaflets be included in antidepressant packages to reflect the risk of suicidal ideation.

The researchers write that the data put forward by psychiatrists and mental health organizations was misleading. Much like the industry ran with Rusk’s assertion, many professionals cite a 2007 ecological study by Robert D. Gibbons that incorrectly associates SSRI usage with a decreased risk of suicide among U.S. youth. This misreading is the basis of the narrative of minimized harm.

The data tells another story. The researchers point out that between 2008-2018, prescriptions for antidepressant (predominantly SSRIs) increased by 66 percent in the 0-27 year age group, while suicide rates increased by 49 percent in a similar age group (0-24 years). Between the years of 2006-2016, there was a 98 percent increase in intentional poisonings in New South Wales and Victoria. An overlap emerges: the most common method of attempted self-harm and suicide is prescription antidepressants.

The researchers note that the FDA has long been criticized for not offering more non-pharmacological treatments. The cost of psychotherapy is prohibitive for many in the U.S. health care system. The reflex action of the medical establishment is to write a script. When one pill doesn’t work or loses efficacy, it’s usually replaced by another pill or added to an ever-growing pharmacological cocktail. Some people take four to six (or more) drugs to manage mental distress, each one countering the side effects of the other. 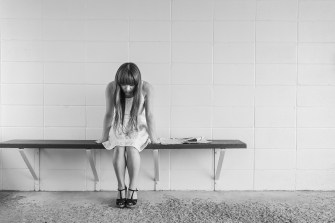 As in America, Australia suffers from corporate lobbying. The team writes that many opinion leaders receive funding from pharmaceutical companies; it makes sense that these figures will tout the benefits of antidepressants while downplaying potential harm. They also note that governing bodies are likely relying on outdated evidence of risk, which translates into a lack of consumer awareness.

They also write that general practitioners account for 90.4 percent of antidepressant prescriptions in Australia. Since mental health is not their area of expertise, they often repeat what psychiatrists initially prescribed.

Correlation is not causation, a limitation the researchers acknowledge. They list another cocktail, this one labelled “drivers of mental health distress.” Smartphone addiction, online bullying, lack of meaningful relationships, climate change, and debt top the list. Antidepressants are not the cause of mental distress. What we need to know is whether they help alleviate it or add to the burden.

This forces us to confront a longstanding question: Why are we treating the symptoms of mental health problems with pills while never addressing their actual cause? Put another way, why does the psychiatry industry rely on pills with a long list of side effects instead of addressing the environmental and social issues that are at the foundation of mental distress? And why are we putting increasingly higher numbers of teenagers on drugs that negatively impact their brains while their prefrontal cortex is still in development? This seems to set them up for a lifetime of dependence, which is a great profit model but a terrible health care solution.

The psychiatry industry faced an existential crisis in the nineteen-seventies when the public grew weary of their growing reliance on drugs. The industry’s response was to double down on pharmacology. Thanks for a massive PR campaign around Prozac, that move worked. You cannot both have increasing numbers of prescriptions and increasing mental health problems and pretend that this intervention is working.

While more work needs to be done, the researchers are confident in their assertion between increased self-harm with antidepressant usage.

“These results are consistent with the hypothesis that antidepressants increase the risk of suicidality and self-harm in young people. Furthermore, they provide compelling evidence that the antidepressants prescribed to children and adolescents are frequently the means of self-harm.”

These children deserve more from us at a pivotal time in their development. The psychiatry industry needs to come through this existential crisis with better solutions.

Your inner voice can be the devil on your shoulder or the angel. It depends on where your focus lies.
Up Next
Neuropsych

What did Hannah Arendt really mean by the banality of evil?

The banality-of-evil thesis was a flashpoint for controversy.