A large new study claims that among recreational drugs, magic mushrooms seem to be the safest to use. This was based on the statistic that only .2% of nearly 10,000 people who used psilocybin-containing mushrooms in 2016 went to emergency room.

The annual Global Drug Survey involved over 120,000 participants from 50 countries and concluded that as far as ending up in emergency rooms afterwards, taking MDMA, LSD, alcohol and cocaine made that five times more likely. The drug causing the most emergency visits – methamphetamine, followed by synthetic cannabis.

“Magic mushrooms are one of the safest drugs in the world,” said Adam Winstock, a consultant addiction psychiatrist and the founder of the Global Drug Survey in an interview with The Guardian. 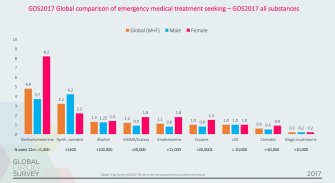 Winstock thinks the biggest danger with shrooms is eating the wrong ones.

“Death from toxicity is almost unheard of with poisoning with more dangerous fungi being a much greater risk in terms of serious harms,” warned the psychiatrist.

He pointed out the need to be in a controlled safe environment and have “trusted company” to ensure a good, panic-free trip. He also warned of other dangers like taking psychedelic mushrooms with alcohol and possible confusion.

“Combined use with alcohol and use within risky or unfamiliar settings increase the risks of harm most commonly accidental injury, panic and short lived confusion, disorientation and fears of losing one’s mind,” said Winstock to The Guardian.

28,000 of the survey people admitted to taking magic mushrooms at some time in their lives. 81.7% of these did it in hopes of having a “moderate psychedelic experience” as well the “enhancement of environment and social interactions”.

Interestingly, MDMA beat out the other drugs in previous surveys when compared using the Net Pleasure Index, designed to balance out the perceived positive effects of the drug with the negative. 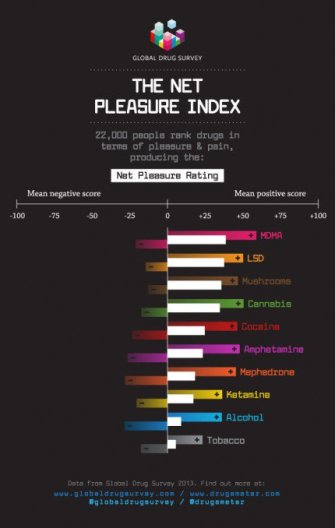 It should also be noted that all these drugs are currently illegal in the U.S.

Previous studies also found the possible effectiveness of magic mushrooms in the treatment of depression.

Stem cell-derived chondrocytes could be the key to regenerating damaged cartilage.
Up Next
Surprising Science

Can a Fidget Spinner Really Help You Focus?

Advertisers say they help with ADHD, anxiety, stress, and autism. But what do studies suggest?