What would it take for you to eat less meat? The answer might be as simple as taking a couple hours to learn about and discuss the ethics of the meat industry.

That’s the takeaway of a new study published in Cognition. For the study, the researchers divided 1,332 philosophy students into two groups. One group spent a day in class learning about the ethics of eating meat, while the other learned about the ethics of charitable giving.

Both groups were asked to read an article, participate in a 50-minute discussion, and watch an optional video about their respective topics.

The meat-ethics group was asked to watch this video on factory farming and to read James Rachel’s philosophical article “The Basic Argument for Vegetarianism.” In the article, Rachel lays out a simple moral argument:

The researchers tracked both groups’ dining hall purchases, using data gathered before and after the ethics lessons. After examining about 14,000 receipts from 495 students, the researchers found a surprising difference between groups: meat consumption among students who had recently studied the ethics of eating meat dropped from 52 to 45 percent over a few weeks. Meanwhile, the other group’s eating habits didn’t change.

So, did the students suddenly decide to ditch meat altogether? Not necessarily. But the researchers inferred, “somewhat surprisingly,” that “the decline in meat purchases among the meat ethics group reflects a broad-based moderate reduction in meat purchases rather than the conversion of several students to vegetarianism.”

The reduction might be moderate, but it’s significant, given the relatively small intervention: just a couple hours of study.

The simple answer? Burgers, fried chicken, and steaks are delicious. That’s perhaps the main reason why 95 percent of Americans eat some kind of meat, while only 5 percent have identified as vegetarians over the past couple decades, according to Gallup surveys.

Beyond taste preferences, it’s also hard for people to give up meat because of culinary traditions and social norms, as noted in a 2019 study on consumers’ attitudes toward environmental concerns of meat consumption.

But consumer preferences are changing. A 2020 Gallup survey found that 25 percent of Americans have cut back on meat, while more recent data show that people worldwide have been eating less meat during the pandemic, likely due to economic concerns.

Setting the pandemic aside, the 2020 Gallup survey found that people are cutting back primarily because of health concerns and also because of environmental concerns. The meat industry, after all, is one of the world’s biggest contributors to climate change.

But despite changing habits and growing concerns about climate change, there’s no indication that most meat-eaters are going to turn vegetarian anytime soon. Why? It likely hinges on the simple answer: meat tastes good.

One force that could curb consumption is the alternative meat industry, which includes newer companies like Impossible Foods and Beyond Meat, as well as meat-industry titans like Tyson, Smithfield, and Perdue. 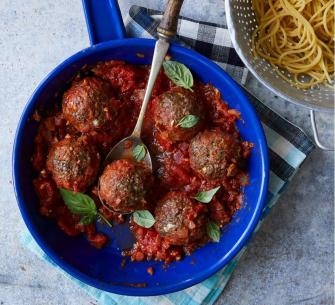 These companies are betting not on consumers’ ethics, but mainly on their taste buds: When an Impossible Whopper tastes, more or less, as good as the real thing, consumers might start preferring meatless products.

“By far, the biggest factor in both [of those problems] is the use of animals as a food technology, globally,” Brown said. “It’s by far the most destructive technology in human history.” He added that the animal food-product industry is more damaging to the environment than fossil fuels.

“By next year, I think our mainstream product will actually, if we do a side-by-side comparison with nothing by meat eaters, will be preferred by a majority of them.”

Will that happen? Maybe. But the reality is that the future of meat consumption will be up to meat eaters, not environmentalists or ethicists.

Cats know more than they let on.
The Well

Half our day is spent not living in the moment. Here’s how to change that.
▸
7 min
—
with
Ethan Kross
The Future

Pseudoscience is science’s shadow.
Up Next
The Future

From 260-year-old ciphers to the most recent Zodiac Killer solution, these unbreakable codes just needed time.