Quantum mechanics has produced its share of weird ideas, not least of which is Schrödinger’s cat, a famous thought experiment devised by Nobel Prize-winning physicist Erwin Schrödinger in 1935 to point out flaws in the Copenhagen Interpretation of quantum mechanics.

Albert Einstein, who was never completely comfortable with much of quantum mechanics, agreed with Schrödinger’s point, writing to him: “You are the only contemporary physicist, besides Laue, who sees that one cannot get around the assumption of reality, if only one is honest.” Learn more about what the famous thought experiment means.

If you’re on board with Einstein and Schrödinger, shop from our Genius Series of tees, sweatshirts, posters and more. One of our designs pays tribute to Schrödinger’s ultimate reality check (look for the cat) and his monumental equation, which was a landmark contribution to quantum mechanics. 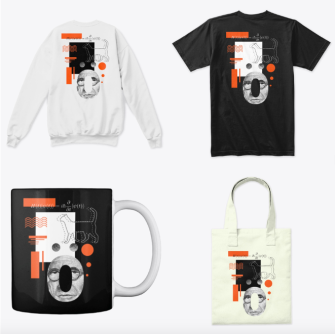 There are at least 15 different types of solid water (ice). Now, scientists believe that there might be a second type of liquid water.
Up Next
Hard Science