Scientists estimate that roughly 80 percent of an individual’s risk for schizophrenia is attributable to heredity. Unfortunately, there is virtually nothing that can be done to reduce this risk; it’s innate. The remaining 20 percent of risk, however, arises from environmental factors.

There are a few ways that we can reduce this risk. We can, for instance, ensure that mothers experience as little stress as possible during pregnancy and that they get adequate nutrition. We can protect children from abuse and trauma and discourage drug use. Now, new research out of Maryland suggests we can also keep a dog in the house.

The immune system and mental health

Many mental illnesses like schizophrenia have an environmental component. There’s a developing understanding in the scientific community that mental illness and the immune system are linked. For example, research has shown that victims of childhood abuse are more susceptible to immune disorders and that chronic inflammation plays a role in diseases like depression.

Since pets are often introduced to young, developing children, studying the effect of their exposure on later mental illness rates is a reasonable avenue of research. Cats and dogs can change our environment and our immune systems by introducing allergens, viruses, and bacteria; by changing the home’s microbiome; and — not least of all — by relieving stress and changing our brain chemistry as a result.

The researchers in this study therefore recruited a population of 1,371 men and women of varying ages, ethnicities, places of birth, and parental levels of education (as a means of measuring socioeconomic status). Of these, 396 had schizophrenia, 381 had bipolar disorder, and 594 served as controls. Then, these individuals were asked whether they had a pet dog or cat during their first 12 years of life.

Comparing pet ownership and the rates of the two mental illnesses, the researchers discovered that being exposed to a dog before the age of 13 had a huge effect on whether or not that person would later develop schizophrenia. Dog ownership cut the risk down by a staggering 25 percent.

“The largest apparent protective effect was found for children who had a household pet dog at birth or were first exposed after birth but before age 3,” said lead author Robert Yolken in a statement.

“There are several plausible explanations for this possible ‘protective’ effect from contact with dogs,” he added. “Perhaps something in the canine microbiome that gets passed to humans and bolsters the immune system against or subdues a genetic predisposition to schizophrenia.”

Unfortunately for cat lovers, there was no similar impact from cat ownership on mental illness rates.

“However,” said Yolken, “we did find a slightly increased risk of developing both disorders for those who were first in contact with cats between the ages of 9 and 12. This indicates that the time of exposure may be critical to whether or not it alters the risk.”

Aside from this slight increase in risk from cats during this specific age range, neither pet appeared to have any effect on bipolar disease. 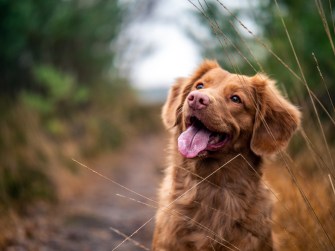 Photo by Jamie Street on Unsplash

The reason why this effect might exist wasn’t made clear during this study — only that a link between dog ownership and schizophrenia exists. Considering that this protective effect was strongest when the very young (0–3) were exposed to dogs, it could very well be the case that exposure to dogs had some benefit for the children’s developing immune systems.

But the study has its limitations, and other, unaccounted for variables could be causing this result. For example, dog ownership is more common in affluent families. Even though the study accounted for socioeconomic status through some indirect metrics (specifically, place of birth and parental level of education), it could still be the case that affluent, at-risk children are protected from the kinds of stressors that could trigger schizophrenia in addition to owning a dog.

However, if further research confirms this finding, it could have a major implications for 25,000 people every year — that’s one quarter of the annual schizophrenia diagnoses in the U.S. Whether it’s because of their microbiomes or their sunny personalities, man’s best friend appears to be doing more for our mental state than we might assume.

The human brain makes a striking deviation from the normal building plan.
Up Next
Hard Science

How the Sagan standard can help you make better decisions

The noted astronomer and author Carl Sagan came up with a famous dictum acronymed ECREE.