Considering it has become a staple when I have to be away from the blog, I thought it would be nice to post a new Mystery Volcano Photo. The last one, #38, was nailed by Dr. Boris Behncke (who else?) on the second guess as South Sister in Oregon. I took this picture on a flight from Seattle to Sacramento in 2006. You can nicely see the crater on the summit that isn’t very visible from ground-based vantages.

So, the current standings:

Now, here is the reader-submitted MVP #39 – good luck to everyone! 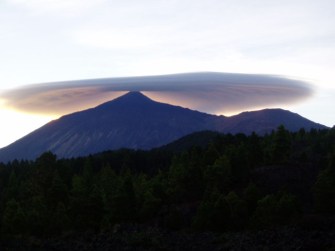 Good culture is more than just liking each other. Here’s the key way to build great culture at work.
▸
3 min
—
with
Alisa Cohn
The Well

While one may be helpful, the other may be harmful.
Up Next
Surprising Science

The scientific concept that will most impact our world is the idea that will unify two opposite ideas, those of Newton and Einstein, says Big Thinker Ajitkumar Tampi Trivikram.