It is a busy Friday, so it seems that today would be a great day for a new Mystery Volcano Photo. If we think back to the last MVP, #39, you’d remember the image of El Teide (top left) in the Canaries that Philip Mulholland landed on the first shot. Maybe it was a little too easy for its own good. So, now we hit MVP #40 and our current standings look like this:

I’ve tried to find something a little trickier, but I’m still guessing someone will get it in the first 5 guesses. Prove me wrong, people! 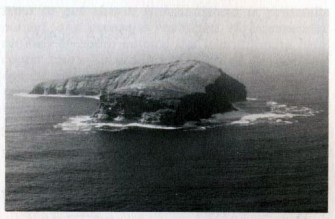 The spikes in their mouths would have helped them catch squid or fish.
Up Next
Personal Growth

Indian activist Anna Hazare has left jail to embark on a two-week public fast over his demands for stronger anti-corruption laws. The government is stumbling for a response.