Paul Ryan, Individual Liberty, and the Fate of Medicare 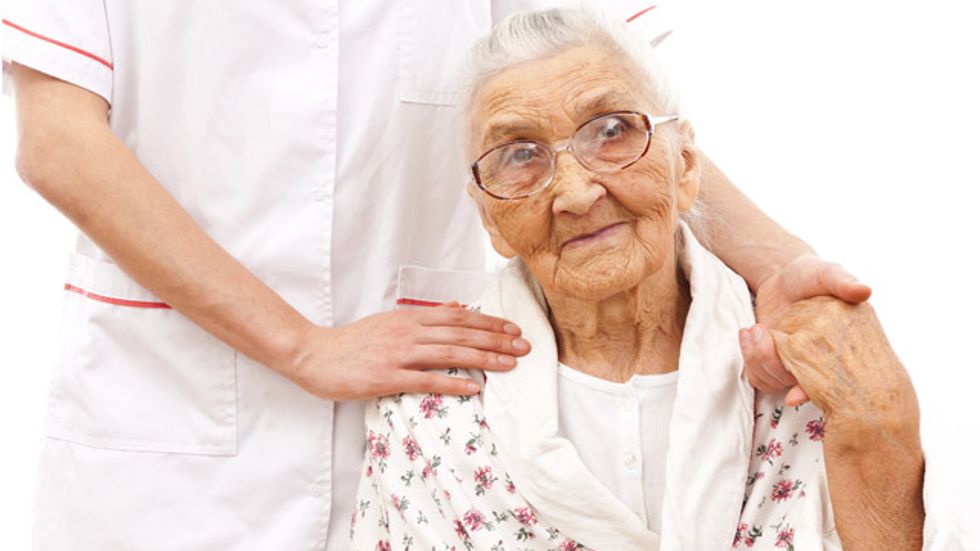 Just as Mitt Romney appears to be wrapping up the Republican nomination for the presidency, congressional Republicans are taking steps to set up their own political framework for the 2012 election. In short, the future of Medicare is on the line and a Romney vs. Obama match-up will surely address this contentious issue.

A brief recap: last spring rising political star and GOP budget chairman Paul Ryan of Wisconsin unveiled what quickly became known as the Ryan Plan. While the Ryan Plan called for spending cuts across the board, the most notable aspect of the agenda called for replacing Medicare with subsidies for private insurance, pegged considerably below projected health care cost increases. Essentially, the Ryan Plan called for phasing out Medicare in favor of far less generous government subsidies.

Ryan’s Medicare proposal was controversial, to say the least, but was nonetheless embraced by the GOP at large, despite the overwhelming popularity of the Medicare program. Perhaps not coincidentally, an ABC News/Washington Post poll in January found that approval for the United States Congress had hit an all-time record low:

Just 13 percent of Americans . . . approve of the way Congress is handling its job, while 84 percent disapprove – its worst rating in poll results since 1974. Sixty-five percent disapprove “strongly,” a vast level of high-intensity criticism.

According to the poll, Republican congressman were at only a 20% approval rate, one point up from a record low set in December 2011. To be sure, there are many contributing factors to this guttering public perception, but it would be difficult to argue that proposed radical changes to Medicare have not taken their toll.

Which brings us back to the present moment; Talking Points Memo reports that Congressional Republicans are doubling down on the Ryan Plan in 2012, albeit in a slightly altered form:

It’s shaping up to be spring 2011 redux. Just under a year ago, Republicans . . . passed a budget that called for phasing out Medicare over the coming years and replacing it with a subsidized private insurance system for newly eligible seniors.

The backlash was ugly. But Republicans seem to have forgotten how poisonous that vote really was, and remains…because they’re poised to do it again. This time they’re signaling they’ll move ahead, with a modified plan — one that, though less radical, would still fundamentally remake and roll back one of the country’s most popular and enduring safety net programs.

“We’re not backing off any of our ideas, any of our solutions,” GOP budget chairman Paul Ryan said last week in an interview with Fox.

So there we have it: facing record-high disapproval, the GOP-controlled House will make a renewed push to drastically reform Medicare, this time with a provision included to maintain a public option of sorts for eligible seniors to buy into, not unlike the insurance exchanges created by the Affordable Care Act.

That’s the House GOP’s angle, but where does Mitt Romney, their all-but-ordained presidential standard bearer, come down on the Ryan Plan as he shifts gears toward a general campaign against President Obama?

Greg Sargent of the Washington Post put it thusly in December 2011:

“One of the key stories of the day — perhaps the one that will have the greatest long term political impact — has to be that Mitt Romney has now fully embraced Paul Ryan’s Medicare plan.

After previously hedging on the Ryan plan, Romney is now fully declaring his support for it, as a way to wound the surging Newt Gingrich among conservative voters . . . . and is suggesting he’d sign it into law as president, in order to portray himself as the only true conservative in the race.”

What does this mean for you in the nine months between now and the 2012 presidential election? It means you’re going to be hearing a lot more about Medicare and our priorities as a country, as libertarian-leaning elements of the body politic make their voices heard. What’s at the center of the debate is the notion of individual liberty, most clearly articulated by the Harvard philosopher Robert Nozick in his seminal book Anarchy, State, and Utopia.

Certain critics of Medicare believe that providing free health care for senior citizens is a breach of individual liberty, and the same extends to all state-provided health care in general. And in an era of record US deficits, the question of individual liberty and the responsibility of the state is coming to the fore in a way that is hasn’t for decades.

But what do we mean by individual liberty? Tamar Gendler, in an excerpt from her Floating University lecture, gives a succinct overview of the 'Individual Liberty Trumps All' position (though she is not endorsing it here, just explicating):