Do We Need To Rescue Rationality?

The word “rational” needs to be rescued. Tom Stoppard’s new play shows that a major rational parable, the Prisoner's Dilemma, is widely misinterpreted. Seeing why "rationalists" do worse than Christians can help us avoid losing in evolution's "negative telos" games. 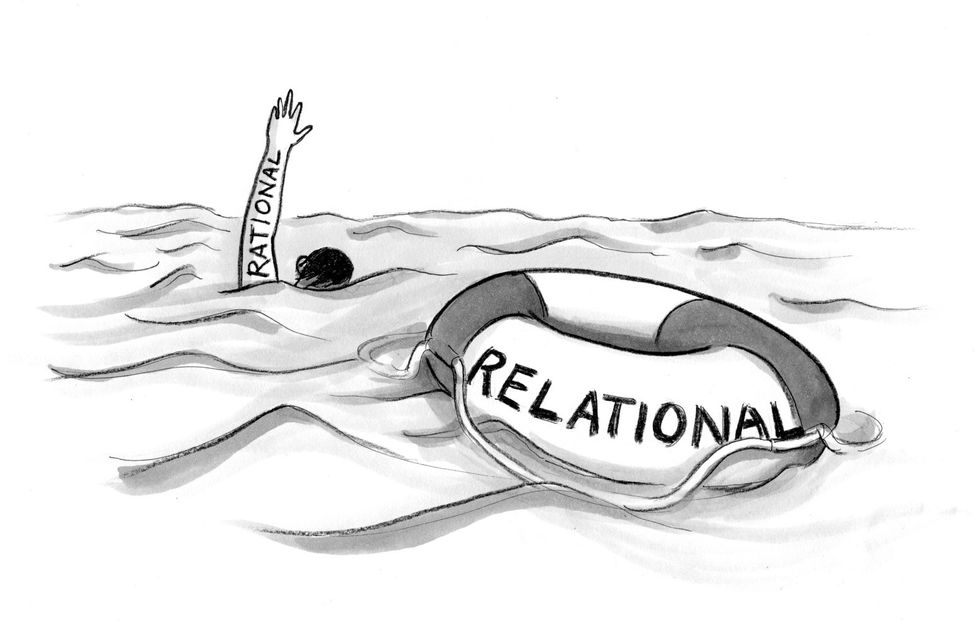 1. Spike (a character representing “all the science that’s taught”) says to Hilary (a scientist who prays) that “altruism is always self-interest,” and “Darwin doesn’t do sentimental.”

2. Real-life scientist David Sloan Wilson disagrees. Wilson tells Stoppard (here) that Spike is wrong. Doing good can be rational and “altruism and morality” are explainable by evolution, and its games.

4. Hilary and Spike discuss game theory and its celebrated Prisoner’s Dilemma: a two-player game with two options, cooperate or defect, and payoffs ranked Temptation > Reward > Punishment > Sucker. If the players cooperate, both get Reward. If only one defects, he gets Temptation, the other gets Sucker. If both defect, both get Punishment.

5. Spike’s conventional view says the other player “rationally” tempted, will defect. So you should “rationally” defect also. But this “rationality” guarantees poor results. Hilary posits other motives: Player A loves Player B, so sacrificing has a sentimental logic.

7. Hilary says, “You can’t get an ought out of an is. Morality is not science.” She’s wrong. Some oughts are necessary for any is, to survive. Life needs no “telos” (grand purpose) to have a kind of “negative telos.” Nature and logic eliminate behaviors that damage what they depend on. This unnamed principle (needism?) governs evolution.

9. In Prisoner's Dilemmas, Jewish norms beat Christian ones. Its best strategy, Tit-For-Tat (use the other player’s last move on them) beats Christian “turning the other cheek,” which is exploitable (as Machiavelli and Nietzsche complained). But Old Testament “an eye for an eye” becomes Tit-For-Tat, if forgiveness follows punishment. Divine or not, forgiveness can be adaptive.

The stage is set for us to rescue “rationality.” We ought never to call “rational” self-maximization that’s foreseeably collectively self-destructive (in economics, or politics). Only “relational rationality” really makes sense.