Every New Year, old yearnings to live better are reborn. And many who make New Year’s resolutions of the “less vice, more virtue” kind, need a higher-resolution picture of some relevant language and history. The "cardinal virtues" didn't come from cardinals (and they're not religious relics). Nor are the deadly vices just irrational restrictions. Ignoring this logic is expensive. 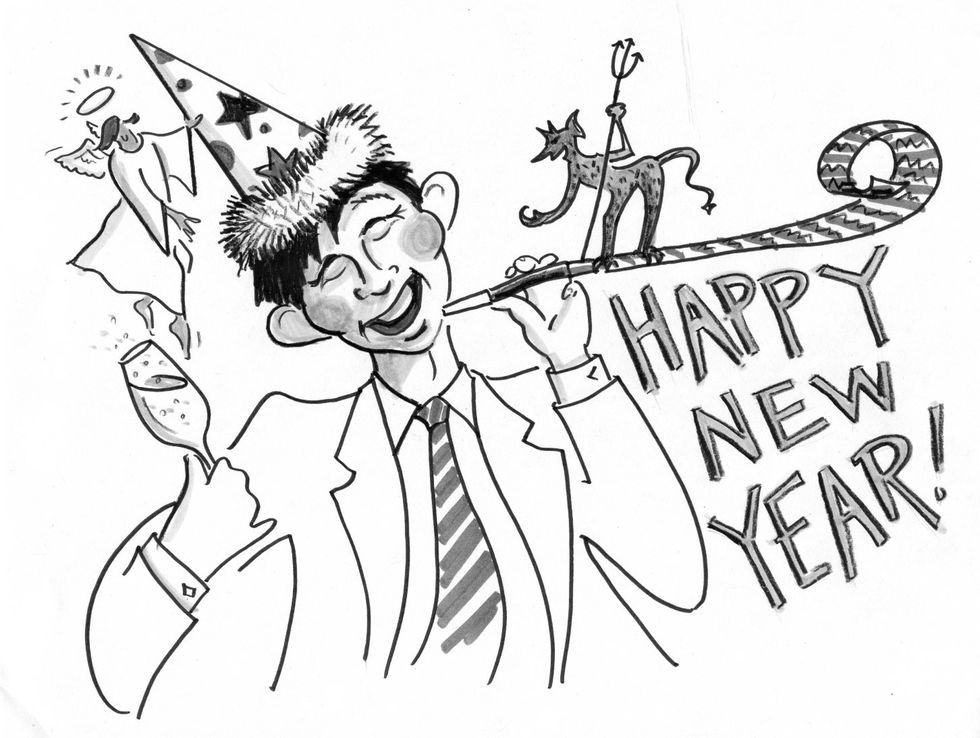 Many who make “less vice, more virtue” New Year’s resolutions need a higher-resolution picture of some relevant language and history. The cardinal virtues and deadly vices aren’t religious relics or irrational restrictions, their logic is expensive to ignore.

1. “Cardinal virtues” weren’t invented by cardinals—they predate Christianity. Cardinal (from  from Latin for “hinge, principal, or chief”) means chief priest. And “cardinal virtues” are those that life principally hinges on.

3. The four “cardinal virtues”—justice, temperance, prudence and courage—are from Plato. Greek philosophy’s influence on Christianity (and on educated first-century Jews like Saint Paul) is often underappreciated.

4. Aquinas (13th C) defined the "cardinal virtues” as natural as opposed to the “theological” virtues—faith, hope, and charity—as supernatural. The natural virtues encode and encourage what could be called rational life skills. Even for Aquinas they weren't about the afterlife, they’re about choosing a better after-in-life.

5. Take temperance = moderation (not abstinence), self-command of appetites. The opposite, overindulgence or addiction, is punished not supernaturally, but by biology. No faith required—nature’s scientific karma guarantees it. (Aristotle said every virtue had two related vices, insufficiency and excess, and a virtue’s use must match the context).

6. Similarly… life without justice isn’t desirable (every un-short-lived culture has a related mythology, e.g. Greeks Orestia, or American Westerns). Prudence is itself the exercise of reason. And without courage inertia is a risk in an uncertain world.

7. Whatever your position on the supernatural, how on earth can you ignore that logic? Nature’s logic as expressed in our evolution doesn’t, it put self-control, and rules (especially social rules aka morals), and justice into us.

8. Conversely, vices (from Latin “defect or offense”) have, since the 6th century, included seven deemed deadly—lust, gluttony, greed, sloth, wrath, envy and pride. (Note gluttony and sloth aren’t Ten Commandments inspired. And the Ten Commandments have only been called that since 1590, the original Hebrew means “Ten Sayings.”)

9. Whatever else religion does, it transmits norms and praiseworthy life skills. What’s the secular equivalent? Self-help? The norms of the arts? The norms of economics, with its private vices = public virtue ethical alchemy, which builds on greed and envy)?

The freer we are, the more vital virtues and rational life skills become. Only an unskilled use of reason leads to the belief that we can be safely left to our own devices—and vices. We often evidently don’t choose prudently. And resolutions to choose better reliably fail (see “Better Behaved Behavioral Models”).