It's not just for the lols. If you're up for some soul-searching, they need you to contribute to this MIT research survey... 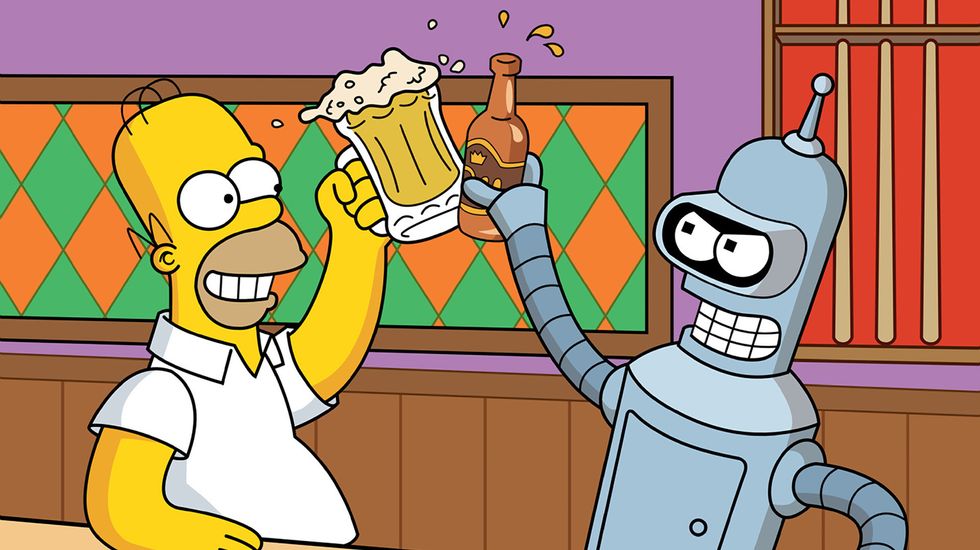 I recently had a conversation with a colleague that works with me in the MIT AgeLab. He specializes in AI and machine learning. As we walked and discussed his current work on autonomous vehicles, I asked him, “Where would you like to take your research?” Without missing a beat he responded, “I would like to build a robot that you would want to have a conversation with.”

Robots may be rapidly losing their novelty. It seems that in just a few short years they have become ubiquitous. Sometimes we don’t even recognize the robots that are living among us. Once things of science fiction, they are now in nearly every discount store. Some are toys. Hasbro’s Joy for All robots are designed to provide companionship to older adults while PARO, a robotic seal, serves as a therapeutic intervention helping those suffering from PTSD or from dementia. Thanks to Amazon Echo, Google Home and others, bots are making shopping lists, playing music, controlling home lighting and temperature, even offering personal exercise routines. Other robots are vacuuming our floors and cutting our lawns. Most people see robots as complex devices to fulfill a specific task. But, beyond obvious applications in transportation, law enforcement, logistics, work, shopping and healthcare, robotics will soon reshape our most personal moments.

Changing global demographics and living patterns may provide a new role for AI — keeping us company. Today, nearly 30 percent of households in the United States are households of one. Home alone living is more pronounced in some cities than others. For example, nearly half of all households in the cities of Atlanta and Washington, DC are people living solo. In some parts of Europe nearly half of households are comprised of a single person. Euromonitor reports that over the next 14 years, households of one will increase faster than households comprised of couples, families or roommates. Nearly 120 million new single-person households will be formed worldwide over the next decade and a half. Well beyond the formidable technical requirements of engineering a conversational robot are the equally challenging elements of likeability. Understanding what behaviors, physical features and other elements contribute to what makes us want to share a few minutes with someone, or some thing, will require integrating insights from the social and behavioral sciences as well as the arts and humanities.

The 2004 presidential election provides one dimension of what likeability might mean in the public’s mind. Many observers found it difficult to explain George Bush’s 2004 defeat of John Kerry. Pollsters and pundits came to the conclusion that Bush’s victory was less about policy and more about who was more likeable. George Bush was described simply as the guy who you’d want to have a beer with. The beer test is now considered the standard for both electability and likeability.

What design features and capabilities would a robot need to include for you to want have a beer (and a conversation) with it? Can we design a likeable robot? Appearance does matter. What would you want your 'bot to look like? Should it have a human form—somewhere between cool and creepy? Some people might prefer an animal shape similar to a favorite pet. Others might want an entirely novel creature—a talking narwhal perhaps?

Would gender matter? Just as online navigation systems allow users to choose the gender of the voice providing directions, what gender would you want your conversation buddy to have?

And, then there is the conversation itself. What would you want to talk about with your ‘bot—news, weather, money, sports, other people? Netflix videos? Romance? Sex? Should your robot have a sense of humor?

Robot conversations will demand an entirely new level of interpersonal trust. Are beer ‘bot chats to be confidential? Would you expect your robot companion to keep all your secrets? After hearing your secrets, would you want advice from your AI?

If you find the idea of having a conversation and a beer (or any other beverage of your choice) with robot interesting, help us identify the elements of your ideal robot. We are collecting ideas and preferences in a brief survey and invite you to contribute. Take our survey here. This is not a scientific poll, but rather a thought exercise to inspire and inform our thinking. General results will be reported on the MIT AgeLab website: agelab.mit.edu.

Likeability is a profoundly human perception and quality. If we are to develop a robot that we want to spend time with and speak with, not just give orders to, we will need to better understand those human qualities before we can engineer them into our new AI friends at home. The long-term lessons America learns from the coronavirus pandemic will spell life or death.

Dr. Eric Lander is a pioneer in genomics. What role will he play in the new administration?