Singularity Is a Religion Just for Digital Geeks

Will we gain our immortality as algorithms in the global human brain? The idea of the coming Singularity does sound nutty when it is stated so blatantly, argues Silicon Valley visionary Jaron Lanier. 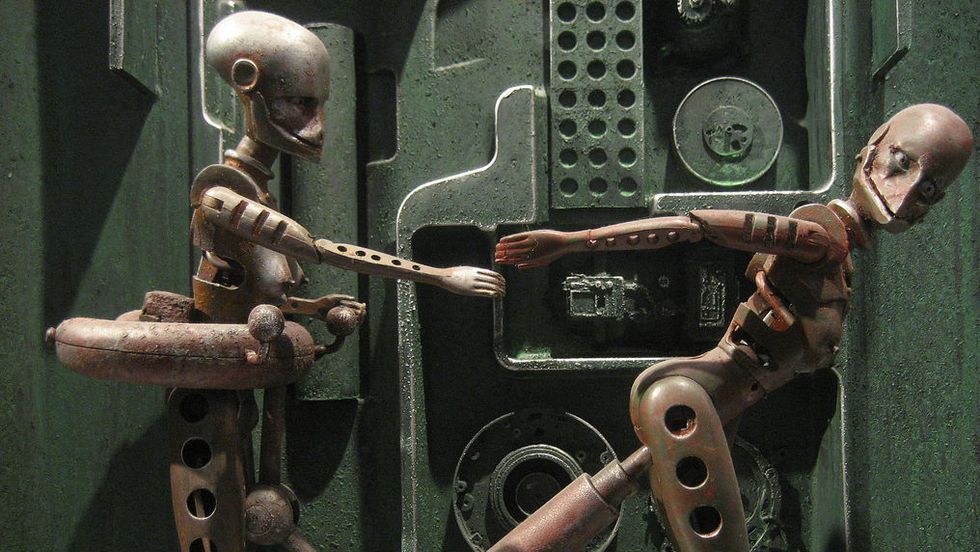 Belief in the coming Singularity is no different than any messianic religion, argues Silicon Valley visionary Jaron Lanier. The only difference is this new religion is "just for digital geeks." Building off the argument he spelled out in an op-ed piece in The New York Times, Lanier argues that treating computers as our "fellow creatures" is a dangerous and misguided idea. In this video, Lanier argues why humans still matter in an age that is increasingly dominated by and mediated by computers:

Why has the idea of the coming Singularity become such a craze? In Lanier's view:

"The answer is simply that computer scientists are human, and are as terrified by the human condition as anyone else. We, the technical elite, seek some way of thinking that gives us an answer to death, for instance. This helps explain the allure of a place like the Singularity University. The influential Silicon Valley institution preaches a story that goes like this: one day in the not-so-distant future, the Internet will suddenly coalesce into a super-intelligent A.I., infinitely smarter than any of us individually and all of us combined; it will become alive in the blink of an eye, and take over the world before humans even realize what’s happening.

"Some think the newly sentient Internet would then choose to kill us; others think it would be generous and digitize us the way Google is digitizing old books, so that we can live forever as algorithms inside the global brain. Yes, this sounds like many different science fiction movies. Yes, it sounds nutty when stated so bluntly. But these are ideas with tremendous currency in Silicon Valley; these are guiding principles, not just amusements, for many of the most influential technologists."