The benefits of controlled psilocybin use and spiritual practice on people's well-being long outlast the high, researchers find. 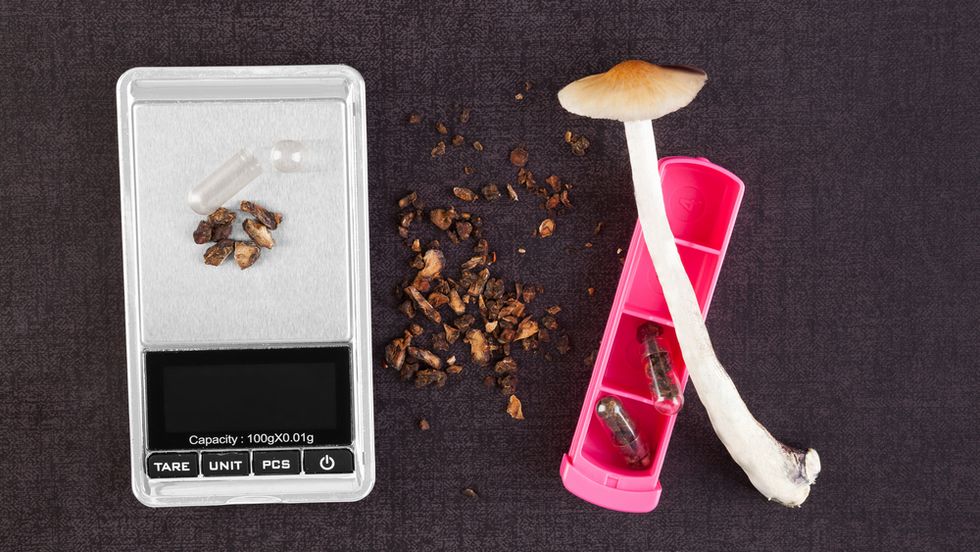 Mystical experiences, aided by the use of psychoactive substances, have played an important role in many cultures. Now scientists want to explore the effects of such experiences, not only in terms of the immediate physical changes they produce but in terms of their long-term effects on the psychological, emotional, and spiritual well-being of those who partake in them. A new study recently published in the Journal of Psychopharmacology delves into this space.

The researchers from the Johns Hopkins University School of Medicine wanted to see how “quantum change experiences” induced with the help of psilocybin (the psychoactive substance in magic mushrooms) combined with regular spiritual practices (like meditation, journaling, awareness) resulted in the overall well-being of healthy volunteers over the course of six months. “Quantum change experiences” is how psychologists refer to religious or mystical experiences. They define them as “sudden, distinctive, benevolent, and often profoundly meaningful experiences that are said to result in personal transformations that affect a broad range of personal emotions, cognitions and behaviors.”

Recent trials in psychologically distressed cancer patients have shown that psilocybin decreases anxiety and depression and increases quality of life for at least a month and maybe more. However, there is little evidence from studies in healthy volunteers that psilocybin produces enduring changes when it comes to personality, quality of life, and spiritual well-being.

The volunteers had not taken psychoactive substances before and did not have a regular spiritual practice. They had to fill out various questionnaires over the course of the study to assess the changes that occurred in their attitudes, moods, behaviors, and spiritual experiences. In addition, the subjects had to designate three people from their everyday life to provide a third-party perspective on these changes by assessing things like patience, optimism, caring, playfulness, and anger.

To designate a participant as having had a mystical experience as a result of the psilocybin, the subject had to achieve a certain score on four different types of measures: (1) Mystical, comprising items assessing internal and external unity, sacredness, and noetic feelings; (2) Positive mood (e.g. joy, peace awe); (3) Transcendence of time and space; (4) Ineffability.

The most intriguing findings of the study are in contrast to prior psilocybin research with healthy volunteers, which doesn't show significant long-term effects. The present study showed generally large significant effects of psilocybin across a range of longitudinal measures including attitudes about life, attitudes about self, mood, altruism/positive social effects, behavior, and increased spirituality.

"The high-dose, high-support group scored highest on all the scales. In some cases, such as life meaning and a rating of life “strivings” as being sacred or spiritual, they scored much higher. Unlike the high dose/standard support group, they also showed a big increase in trait forgiveness."

Participant ratings of effects attributed to psilocybin session experiences at the 6-month follow-up. / Journal of Psychopharmacology

“Contrary to popular beliefs that psychedelic experiences lead to rejection of traditional worldviews, in the current study […] items assessing respect for tradition, moderation of feelings and action, humility, accepting life’s circumstances, and holding religious belief and faith [significantly increased]. It is plausible that administering psilocybin in the context of encouraging spiritual practices accounts for this effect, which is consistent with the observation that indigenous sacramental use of psilocybin-containing mushrooms, peyote, ayahuasca and other classic psychedelic containing substances is often strongly grounded in cultural traditions,” write the study authors.

Longitudinal measures assessed at the 6-month follow-up. For comparison, dotted lines show mean scores from previous studies for each measure. / Journal of Psychopharmacology

The researchers highlight the fact that while both mystical experience and spiritual practice contributed to the positive outcomes, the data shows that mystical experience is making a substantially greater contribution. They encourage the further study of psilocybin and the difference in its effects compared to other psychoactive substances like LSD that have not shown such long-term positive outcomes.