These chemicals are also widely used in products like clothing, shoes, wrappers and furniture, to make them more stain-resistant, waterproof and/or nonstick. 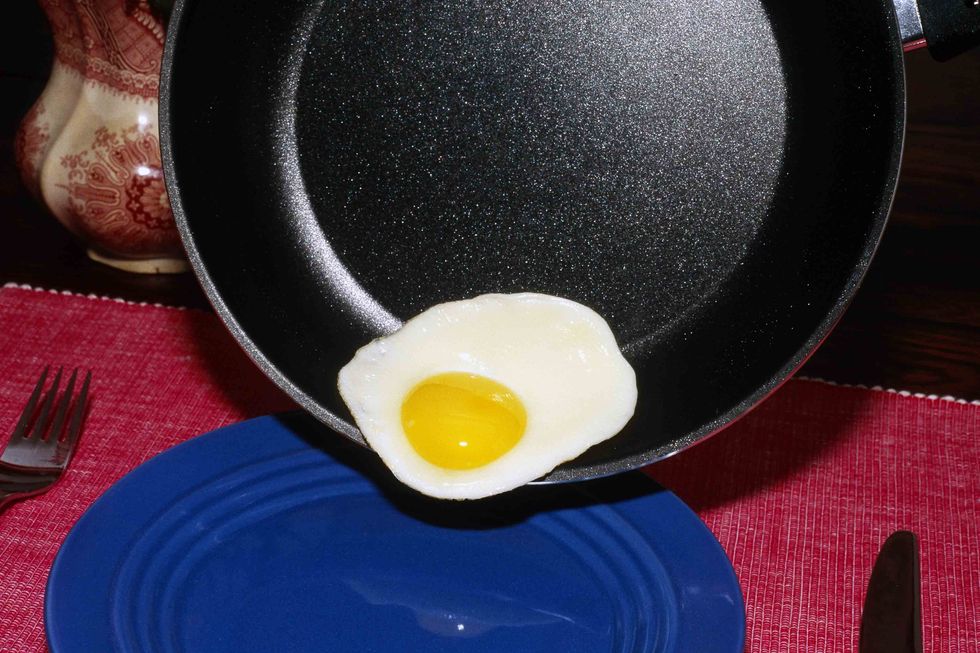 An egg sliding out of a non-stick frying pan. (Getty Images)

A new study from Harvard University has linked chemicals found in non-stick cookware with weight gain, especially in women.

Perfluoroalkyl substances (PFASs) are a class of man-made chemicals that are very persistent in the environment and in the human body. They do not break down when exposed to air, water or sunlight.

Animal studies have shown that these chemicals have potentially disruptive effects on the endocrine system. Now, the new study published in the journal PLOS Medicine, has found similar associations in humans as well. The researchers conducted a 2-year long clinical trial to examine the effects of energy-restricted diets on weight changes. They recruited 621 overweight and obese participants between the ages of 30 and 70 and measured their body weight, concentrations of major PFASs, resting metabolic rate (RMR) and other metabolic parameters, like glucose and thyroid hormones over the course of the two years.

Participants lost an average of 14 pounds of body weight during the first 6 months and subsequently regained an average of 6 pounds during the period of 6–24 months. Importantly, the results showed that higher levels of PFASs were significantly associated with a greater weight regain, primarily in women.

Qi Sun, an assistant professor at Harvard and author of the study said for Time: “The sex-specific difference did surprise us a little bit. But we also know that PFAS can interfere with estrogen metabolism and functioning, so this may be why we see this observation mostly in women.”

The possible mechanism for this effect is RMR—the rate at which your body burns calories when it is at rest. Higher levels of PFAS were associated with greater decline in RMR during the weight-loss period and less increase in RMR during the weight regain period in both men and women. This finding points to a potentially novel pathway through which PFASs interfere with human body weight regulation and metabolism. The results indicate that environmental chemicals may be an important contributing factor to the obesity epidemic. Unfortunately, it is practically impossible to avoid exposure to PFASs as they have been widely used in products like cookware, clothes, shoes, wrappers and furniture, to make them more stain-resistant, waterproof and/or nonstick.

Additionally, even though some PFASs (but not all) are no longer manufactured in the U.S., they continue to be in other countries around the globe. The long life of the chemicals and their ability to travel long distances through the air makes exposure possible even years after manufacturing and at completely different geographical locations.

Nevertheless, Sun gives one more reason to stop eating junk food: “We know that PFAS exist in food packaging materials, like fast-food wrappers and microwave popcorn bags. If you don’t eat those foods, you can possibly reduce your exposure.”