One Beer an Hour Is Our Rule of Thumb for Drinking. It is Dead Wrong.

Our "one beer an hour" rule of thumb is based on drinking a bottle of Bud. Now that more people are drinking pints of stronger craft brews, how do we adjust this rule of thumb? 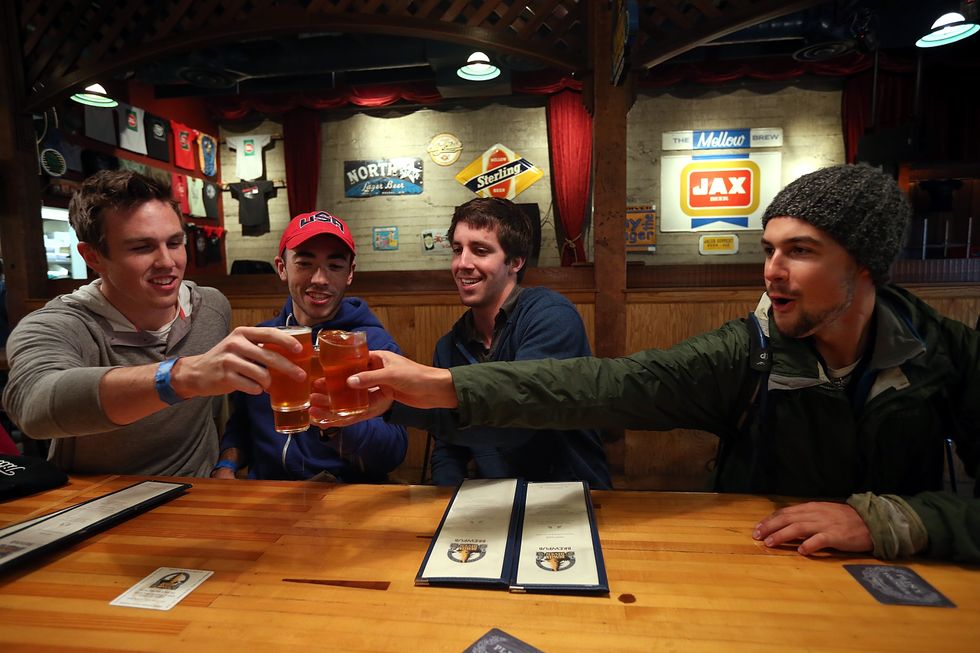 "Officer, I only had two beers."

In the United States, the rule of thumb for how our body processes alcohol is cemented into our brains. Saddle up to the bar and ask any random patron, and you are sure to get the reply: "one drink an hour." One drink is understood as one beer, one glass of wine, or one shot.

Unfortunately, this rule of thumb is completely misguided. Why? There has been a dramatic shift in how Americans consume beer. The "one beer an hour" rule of thumb is based on drinking a bottle of Bud--12 ounces of a 5% alcohol by volume (ABV) beer.

The beer we are consuming is getting stronger, and it is often delivered as a 16-ounce American pint as opposed to a 12-ounce bottle. We are often consuming beer from pints at a brewery or brewpub, which are at their highest point since 1870.

While we often overlook the pint-versus-bottle distinction, three pints is the same quantity as four bottles--a major difference that adds up. The rise of craft brewing, which has doubled its share of the US beer market in recent years, has brought with it a major uptick in the strength of beers. Our rule of thumb, however, has not adjusted.

How much has beer strength changed? A lot. While our definition of a standard beer has been 5% ABV, a 2014 study by consumer research group Mintel found that the average craft beer is 5.9% ABV. In 2014, one out of four new beers launched were 6.5% ABV of higher. The number of beers that were higher than 6.5% ABV saw a 319% increase in North America, with about one out of nine beers now being 8% ABV of higher.

How Do We Calculate a Standard Drink?

In the United States, a standard drink is viewed at containing .6 ounces of alcohol. The rule of thumb is based on the following calculation:

Although wine glass size toggles between five and six ounces, along with a range between 12-14% ABV, there has not been any change in typical wine strength. The same goes for liquor, which typically comes in at 80 proof (40% ABV).

The beer industry, on the other hand, has been disrupted. There is no such thing as a standard beer strength given the smorgasbord of offerings on tap. It could be a 4% ABV session beer, a 7% ABV IPA, or a 10% stout.

Let's Do the Math

Here are some popular craft brews you may find at your local establishment. We can calculate how many standard drinks each American pint of beer is, along with how many ounces of each beer would equal one standard drink.

All right, so next time you order a beer just make sure you ask for a 9-ounce pour.

Okay, Nobody Really Likes to Do the Math

Given the dramatic changes is how we are drinking beer, the "one drink an hour" rule of thumb may do more harm than good (and obviously there is a multitude of factors that impact how one's body is impacted by alcohol). We may need a major shift in how we think of beer consumption since it no longer follows standardized strengths like liquor and wine. Or, better yet, forget the math and make sure you walk home, take a cab, or get a Lyft.