Here are this week’s top comments on Big Think content from across the Web.

Stephen Hawking Says We’re at a “Dangerous Moment” in History 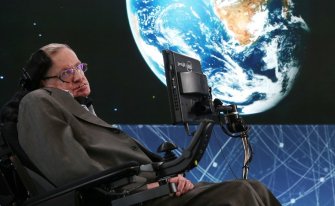 1. Eric CheungPopulism isn’t bad. False populism that correctly diagnoses the problems with globalism and the anguish of the working class, but prescribes bigotry and scapegoating as a solution, is the problem. Only true populism can defeat the false populism of people like Trump.

2. Dustin CriderIn a world held under the elitist thumb, populist politics are dressed up in villainy. Populism, to me, as I read the first paragraph of the definition, is the idea that we only need each other. We don’t need some a**hole paid 900 times our salary to tell us to do what we already know needs done. We can do the same thing without them, cheaper.

I grew up on a farm, have worked manufacturing, and was a toolmaker’s apprentice. I went to a two-year college for business administration w/it focus, followed by a four-year for computer & information technology with an organizational leadership minor. This is not intended as a brag about my credentials, but rather a brag about the average man.

WHEN CAN WE JOKE ABOUT RELIGIOUS BELIEF?

Humorist Dave Barry says: “The value of making fun of [religion] is: it’s okay to believe whatever you believe as long as you don’t think that everyone has to believe it, and if you’re willing to laugh a little bit about your own beliefs then it’s just going to be easier for everybody to get along with different beliefs.”

3. Edath Feston Hateful mocking is unwelcome tho. I laugh at religious jokes all the time. I think the best jokes even make God laugh. But when you’re hateful or cruel or name calling any believer or nonbeliever you’re doing a disservice for humanity by creating more hatred and division.

4. Nick JacksonIn fact, I’d say it’s our intellectual resposibility (sic) to mock religion, in order to protect the integrity of humanity’s intelligence. As soon as we break down the dividers, we can all unite to focus on what is real.

5. Latif AdamsWhat does mocking religion seek to achieve, humans will continue to have differing beliefs (religious or otherwise) regardless. If you think religion has done a lot of harm, well history tells us a lot about non religious people who have also subjected humanity to unbearable persecutions and murders (Genghis Khan, Hitler etc) readily come to mind.

LEARNING TO “CALL BULLSH*T” WHEN YOU SEE IT 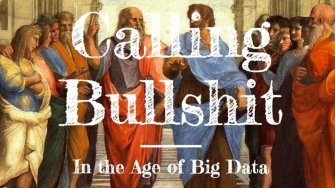 (The University of Washington)

6. Nina Danielsen ClarkeThis is a fair idea but does not belong in universities. Kids should learn to spot bullshit much earlier than that because they will be exposed to it and can vote….

7. Stewart Black For 6 yrs I taught A Level courses called Critical Thinking and General Studies. Kids only took them because they had to. The critical thinking skill of discriminating media that is so misleading as to be lying is one of the most important skills. And yet most kids absolutely hated the course (not the teacher). That’s the way it always goes with ‘citizenship’ courses and the like. I say education should get back primarily to hard subjects like Mathematics, Science and especially Classical Languages, all of which imbue the learner with mental skills and stamina to sort fact from fiction.

ARE DEMOCRACY AND CAPITALISM INCOMPATIBLE?

The eternal marriage between democracy and capitalism is coming to an end. Do you agree with Slavoj Zizek?

8. Louis KrollWhat we have in this country is far from Capitalism. We are more of a socialist democratic republic. The federal government is far too intrusive and manipulative in the market place and the economy, including their collusion with corporations.

9. Jose Manuel LuizI agree with him. Democracy and capitalism are not compatible because democracy provides workers with rights while, in order for capitalism to be efficient, it needs to remove the worker’s rights. That’s why China is the greatest economy in the world. Never thought about it this way but is brilliant.

10. Davis TanWhat Slavoj Žižek saying is benevolent authoritarian running capitalism is the most efficient for the present time before we moving into A.I. King which we let machines taking care of us without need to going through communitarian based democracy process.

From the tiniest subatomic scales to the grandest cosmic ones, solving any of these puzzles could unlock our understanding of the Universe.
Up Next
Culture & Religion

How to Make Maps and Graphs Colorblind People Can Actually Read

Not everyone sees color the way you do. There are a suite of tools available to help graphic designers work more inclusively.