A famous mind experiment by the Austrian physicist Erwin Schrödinger describes the existential mystery of a cat that is both alive and dead depending on whether you open the box where it sits with some things that can kill it. This strange thought has been used as a way to explain the paradox of quantum superposition, a key concept in quantum physics, which states that a particle can exist in many possible states at the same time and only measurement and observation will lock it into a particular state (like opening the box to see if the cat is alive or dead). And now this popular topic of mind-bending conversations has found a real-world application. Yale researchers made a device that shows that a particle can actually be in two states at once.

No, the device doesn’t involve putting a cat in a box with poison and radioactive materials. Taking their cue from Schrödinger, the scientists are talking about a “cat state“. They created a device where the “cat” lives or dies in two boxes at once, which combines the superposition paradox with another quantum concept  – “entanglement“. The idea of “entanglement”, which Einstein rather poetically called “spooky action at a distance“, allows local observation of a state to instantaneously influence a distant object. 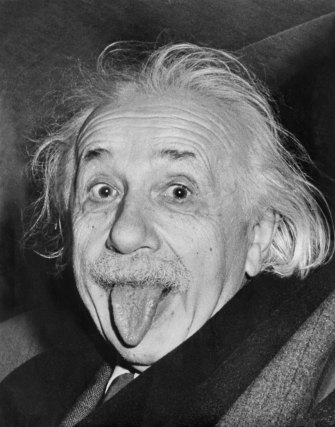 The Yale device is made of two 3D microwave cavities and a monitoring port, with everything connected by a superconducting, artificial atom. And the designated “cat” is actually a confined microwave light in both of the cavities.

One of the authors of the study, Yale postdoctoral associate Chen Wang, explained:

“This cat is big and smart. It doesn’t stay in one box because the quantum state is shared between the two cavities and cannot be described separately. One can also take an alternative view, where we have two small and simple Schrodinger’s cats, one in each box, that are entangled.”

The researchers see the application of their findings to be in quantum computing, which promises much faster processing using quantum methods.

The “cat” states can help in increasing reliability and error correction.

Robert Schoelkopf, Sterling Professor of Applied Physics and Physics, and director of the Yale Quantum Institute, proposed that –

“It turns out ‘cat’ states are a very effective approach to storing quantum information redundantly, for implementation of quantum error correction. Generating a cat in two boxes is the first step towards logical operation between two quantum bits in an error-correctible manner.”

Shoelkopf is one of the pioneers in the field of circuit quantum electrodynamics (cQED). His team added a number of new features to cQED architecture, including cylindrical 3D cavities that can store quantum information of more than 1 millisecond   in superconducting circuits, a field record. They also designed a measurement system that can monitor aspects of a quantum state in a precise, non-destructive way.

You can read the full study here in Science Magazine.

Gain-of-function mutation research may help predict the next pandemic — or, critics argue, cause one.
Neuropsych

How a controversial study on psychic powers caused a revolution in psychology research.
Life

Certain water beetles can escape from frogs after being consumed.
Hard Science

Researchers find an unusual property of a bacteria that can breathe in metal.
Hard Science

Memory-Erasing Drug Could Eliminate Severe Emotional Disorders — Is There a Downside?

Thanks to modern brain imaging technology, researchers have been able to discover how memory works, and how to manipulate it.