Imagine you are a PTSD sufferer. Perhaps you saw your buddies get ripped apart by an IED on the battlefield. Or you are the victim of a terrible rape. The memory of this traumatic event haunts you. You can’t sleep or concentrate. You get panic attacks in normal situations. Your appetite isn’t the best and you find yourself at times irritable, withdrawn, depressed, and angry. Medications don’t seem to work. Instead, they just make you into a walking zombie. Your employment or studies are affected, if you can even keep up with things at all.

There are certain therapies that may be helpful, such as cognitive behavioral therapy (CBT). But someday, clinicians may be able to wipe that traumatic memory from your psyche, giving you a clean slate and evaporating symptoms—the emotional residue of reliving the experience over and over. We think of memory as something static, like an archive. All the documents are placed neatly inside, immovable and immutable. Instead, researchers say memory is malleable and changes each time a person recalls it.

Advances in brain scanning technology have allowed neurologists to discover exactly how memories are stored inside the brain. Instead of residing in a memory bank or archive, a new memory is created when neurons grow and form new connections. The brain is rewired. Now the memory will remain there as long as the person recalls it from time to time. But each time one calls it up, it changes slightly. Memory is plastic, not static. The more we remember a certain fact or event, the stronger the connection. Conversely, the less often we do, the more tenuous the memory becomes. This process is known as reconsolidation. 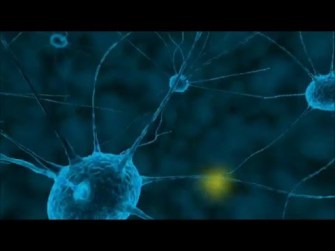 Those traumatic memories are not only malleable, they are part of the fight or flight response, which is why PTSD sufferers experience racing heartbeats and sweat-soaked palms. Researchers have found that if they block norepinephrine—or adrenaline as a result of recalling this memory, they can dial down the pain associated with it. Dutch psychology professor Merel Kindt showed that it could be done with sufferers of arachnophobia. By giving them a dose of the drug propranolol, Kindt and her team were able to alleviate the overwhelming fear her subjects had when confronted with a tarantula in a glass jar. Working with participants for months, by the end once traumatized participants could even pet the spider.

In a separate study, Nobel Prize winner Susumu Tonegawa and his team at MIT made a similar discovery. Experimenting on mice and using a state-of-the-art technique they invented, called optogenetics, researchers were able to show where positive and negative memories were stored. “Optogenetics for the first time allowed us to pin down the cells in the brain that literally carry the information for a specific memory,” Tonegawa said. Through further experiments, researchers were able to prove that positive and negative emotions can in fact fight for space in the same memory, and whichever prevails becomes linked to it.

Two Boston area researchers were able to “erase” pain associated with memories, this time using the anesthetic xenon gas, used medically in Europe. Edward G. Meloni, PhD is an assistant professor of psychiatry at Harvard Medical School. He along with Marc J. Kaufman, PhD, director of the McLean Hospital Translational Imaging Laboratory, conducted the study. These researchers used xenon gas on mice during reconsolidation to modify their memories. Meloni and Kaufman used foot shocks to scare and hurt the mice. But when the xenon gas was introduced the fear response was inhibited. 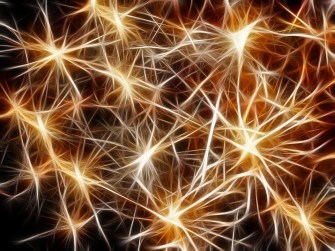 Series of neurons firing at once, such as occurs when memories are recalled.

The drug blocked certain proteins, known as calcium-permeable AMPA receptors. These cause cells within the amygdala, the emotional center of the brain, to grow after exposure to something fearful. Later on, Meloni and Kaufman were able to remove negative feelings by manipulating a certain neurotransmitter. In each experiment, the team didn’t necessarily erase the memory but instead muffled the fear associated with it. This technique could not only help PTSD sufferers but also the depressed.

Researchers at the University of Florida took a different tack. They wanted to confront the recidivism rate associated with psychostimulant addiction. These are the amphetamines, cocaine, MDMA, and methamphetamine. Since the euphoric memories attached to these drugs are so difficult to overcome, researchers attempted to “erase” them.

They created a drug called Blebbistatin (Blebb) which was able to eliminate the memory structure associated with addiction, without altering the actual memory itself. A previous study found that memories created by a psychostimulant were different from normal ones. After neurons connect and form a new memory, the protein actin stabilizes it. Those formed by psychostimulants however rest on a shaky actin platform. 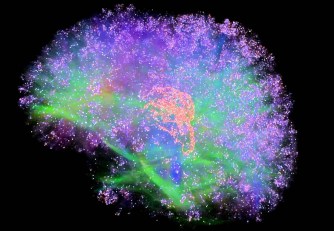 Artist rendering of neuron activity inside the brain.

Researchers couldn’t attack actin itself, as it is an important protein in other parts of the body. The drug they used dissolves another molecule known as nonmuscle myosin IIB, upon which actin rests. This one is further up the biological cascade and so doesn’t affect actin in other organs. The drug disrupted the addiction-related memory in one dose, and lasted for 30 days.

Though many of these techniques have been effective on laboratory mice, many more tests must occur before human trials can begin. And there is no guarantee it will work in humans. Still, researchers are optimistic. Meloni and Kaufman say, if it works in human trials we may someday see an inhaler PTSD sufferers can use containing xenon gas to erase the pain and fear associated with their affliction.

Science fiction has longed reached into the idea of erasing and supplanting memories. Take the movies Men in Black and Eternal Sunshine, and even Total Recall—albeit originally a Philip K. Dick story. How likely are these scenarios? Could criminals, governments, or war crime suspects use such a technique to erase the memories of witnesses? Could a government use it to control people or lead their populace astray?

Of course, all technological advancements have within them the seeds of good and ill. Careful monitoring and safeguards are the only way to protect against such risks, should this technology reach that point. Today we can merely erase fear in humans pharmacologically. What about weaponizing this suppression of fear? As things stand now no such programs either by the Pentagon or others has been announced.

To learn more about this phenomenon and the studies behind it click here:

Ask Ethan: How do we know the Earth isn’t flat?

Two-hemisphere global composites of Moderate Resolution Imaging Spectroradiometer (MODIS) data, taken in 2001 and 2002. Image credit: NASA.Today, it’s the most obvious thing in the world. But how do you prove […]