LOVERS of the Big Think will rejoice at hearing about the world’s largest migration of brain:

BEIJING – Thousands of philosophers are expected to descend upon China’s capital in 2018 in order to fete the queen of all disciplines (the king is science). Here are some thoughts about the next 24thWorld Congress of Philosophy, to be hosted by Peking University.

With no other application to consider –this is not a joke, no other country or city wanted to host a mass think-tank like this (the logistics, the security, and the non-profit!)- the symbolism couldn’t be any more… symbolic –the previous Congress was held in Greece -Athens, the cradle of occidental philosophy (in 2008, it was held in Korea):

Seeing things in this way we can appreciate the significance of a Parthian — Sassanian — Arabian — Turkman saying: “The Greeks have only one eye and only the Chinese have two eyes.” Josafa Barbaro had learned such a saying earlier in Persia, in 1471 and 1474. Around that time he also heard the same idea expressed in an abstruse manner: “The Greeks only understand theories, but the Chinese are the people who own the technologies.” –Ji Xianlin

While modern Greece remains but a tinsel culture, China, the only ancient civilization still standing, in many ways has turned into the world’s greatest phenomenon. And while ‘philosophy’ –this idea and concept- may have originated in the Polis, it really prospered under Christianity in Northern Europe, and arrived in China (where it is called zhexue) proper in the late 18th century (via Japan, which was eager to catch up with the West first). China, to this day, has its own jia, jiao, and xue (schools, teachings, and disciplines) –many of whom are virtually unknown in the West.

The question is, can China -with its largely untapped resources, ideas, and innovations- revive the once exceedingly gorgeous but now sadly torpid and dour discipline? Especially academic philosophy has estranged itself from the public, and alienated many academics. Moreover, its tedious methodologies and terminologies are profoundly European, thus utterly biased. What can China do about it?

Indeed, at that time in the world, only China and Greece enjoyed a most prominent and magnificent culture. And it is high time that those handfuls of scholars or learners or whatever “-ers” in China who inevitably talk about nothing else but the Greek tradition come to an awakening. –Ji Xianlin

RELATED Was Confucius a “Genius”?

The time for China is right…

True, the World Congress of Philosophy, to be held every 5 years under the auspices of FISP (International Federation of Philosophical Societies), doesn’t pull the masses like the Olympic Games. It’s not even a competition –although it’s rewarding to think of THE fastest, THE strongest, and THE ONE with the biggest feet… One thing is for sure: there will be more disciplines and panels than ever before, largely because hundreds of Chinese, but also Indian, Persian, American… and other Asian thinkers, who will outnumber their European peers by far, need to be given adequate space.

There were times when the Chinese felt big about themselves, such as the Qing Empire at its heyday, an empire which, succumbing itself later to the prowess of the fleets and the cannons of the West, fell invariably prostrate at the feet of the West. But, today the Chinese nation, having been jolted awake, is striving to reassert itself among the nations of the world. –Ji Xianlin

The time for Beijing has come…

By fair estimates, given that EVERYONE wants to visit China these days, there may be up to 2,500 “philosophers” filing in their visa forms. Many universities (especially within China) will send entourages, complete with translators, secretaries, media, and their students.

RELATED The Last Sage of Europe

Where will they all sleep and dine? How do philosophers party? What should we print on the pillows and promotional cups? Do we really have to pay thousands of student volunteers –lest some Western philodox raises questions about exploitation and human rights? Can critics practice free speech? (Sure they can, PKU is surprisingly liberal). 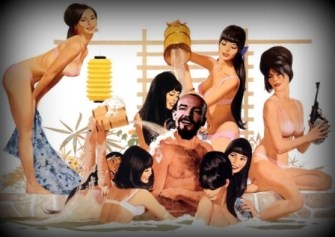 The cost? A secret, but it is rumored that PKU guaranteed a basket of one million dollars. It may be not enough, however, the (preliminary) list of sponsors is arleady impressive, including the Chinese Academy of Social Sciences (CASS), Tsinghua University, Fudan University, and two dozen other top schools and associations.

The historical significance of this event aside, the organizers in China, in line with Beijing’s ‘host diplomacy’, are poised to blow this out of proportion –in a good way: “Our invitation will be extended to Axial-Age civilizations (Greek, Judaic, Hindu, and Chinese), historical traditions (notably Christian, Islamic, Jain, Sikh, Baha’i), forms of spirituality in Africa and indigenous religions, and other newly emerging modes of philosophical inquiries as well as well-established disciplines.” [Read the entire proposal HERE]

I am inclined to say that the one eye of the Greeks and their descendants later on gradually turned into two eyes; however, these two eyes, as extremity always results in antithesis, are now about to close. The Chinese eyes, after closing for a while, are now about to open up. –Ji Xianlin

You can’t get more Big Think than that, can you? Let’s earmark Beijing in 2018; and hope to see some of you in China in the future!

Related
Neuropsych
Daily caffeine intake temporarily alters your brain structure
Compared to people who took a placebo, the brains of those who took caffeine pills had a temporarily smaller gray matter volume.
Thinking
Why you should laugh at yourself, according to Seneca and Nietzsche
“It is more human to laugh at life than to lament it.”
Hard Science
The violence of the Tonga eruption is a wake-up call to watch other submarine volcanoes
Out of sight, but not out of mind.
The Present
How circular economics can make us happier and less stressed
Entrenched business wisdom says that community-led economic systems are pure fantasy. Douglas Rushkoff disagrees.
The Learning Curve
The art of asking the right questions
The right questions are those sparked from the joy of discovery.
Up Next
Technology & Innovation
A Light Unto Cities
NEW YORK – Last month, a remarkable gathering occurred in Medellín, Colombia. Some 22,000 people came together to attend the World Urban Forum and discuss the future of cities. The […]