When Reason Falters, It's Age-Morphing Apps and Virtual Reality to the Rescue 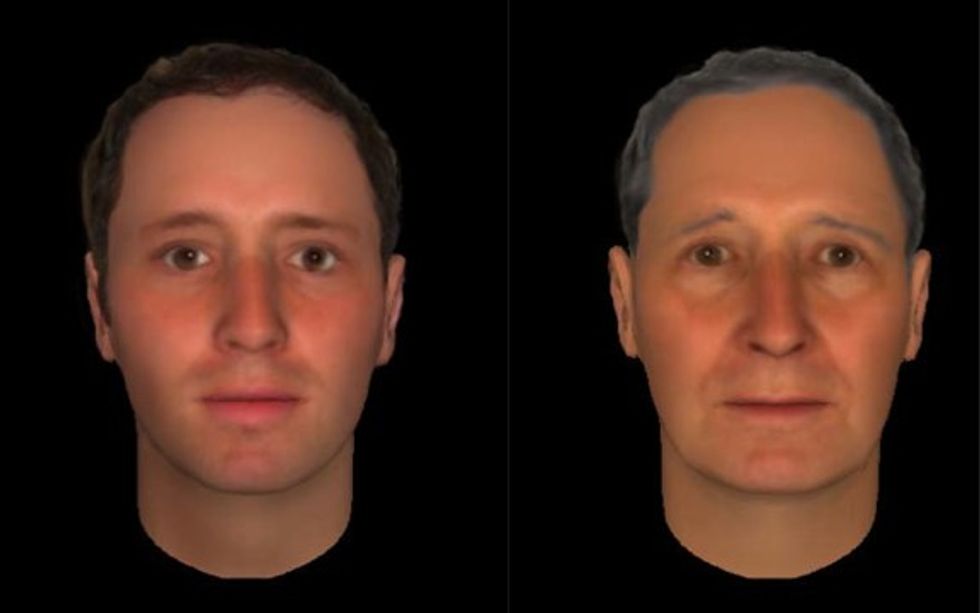 The other day I asked for examples of practical post-rationality—changes in law or policy that happened because institutions have stopped assuming that people behave rationally. A number of people wrote in about instances of what Jon Elster calls "precommitment" or "self-binding": Giving up some freedom now in order to improve your chances of sticking to a longer-term plan. Then, on Saturday, Jason Zweig in the Wall Street Journal described a real-world example of precommitment made easier by a post-rationalist model of the mind. Just showing Americans the math about the need to save for retirement, he notes, has failed to get them to give up money now for the future. But if they have seen a computer-generated image of themselves as they'll look in old age, they're more motivated to save.

Logical creatures with a good plan would, being logical, simply stick to it. Human beings know they might falter, and so create situations that make faltering impossible. Like (Elster points out) this. Or this Internet-blocking software, interestingly called Freedom. (The only freedom it offers is from the self.) Self-binding can be a rational decision to manage one's future irrationality (like not carrying a credit card so that you can't use it). Or the motivation to precommit can be irrational (like locking the liquor cabinet because you imagine you'd feel bad if your children see you drunk—even if that's never happened, or even if your children don't exist yet).

Either way, these are examples of individual self-management, not social policy. Institutions, unlike individuals, have behaved as if sweet reason were enough to make people stick to their plans.

It's not. We're innately inclined to value the bird in hand now over the two birds that experts predict we will get at some future then. Logically your future self is you, but in the real world, to quote Zweig's lovely phrase, "we see our future selves as strangers."

Hence the notion of using age-morphing software and Virtual Reality to motivate people where facts and logic fail. Zweig's most high-tech example uses what Nick Yee and Jeremy N. Bailenson of Stanford and Nicolas Ducheneaut of the Palo Alto Research Center have dubbed the "Proteus Effect" (pdf) —people's Virtual Reality avatars affect their behavior in their nonvirtual lives. Tall avatars, for instance, make people more confident, and gym-rat avatars seem to spur their owners to go to the real gym more often. In this study (pdf), Bailenson et al. found that people whose avatars use particular brands in VR are more likely to prefer those brands in their real embodied lives.

Here's how Bailenson and his colleagues used the Proteus Effect to overcome the natural alienation people feel toward those strange creatures, their future selves. The researchers used age-morphing software to create avatars that are real-feeling older versions of some of their experimental volunteers. Those volunteers who saw their older selves in a virtual mirror (a VR device that caused the older self to mirror the movements of the volunteer) were willing to devote far more of their current earnings to retirement savings than were people who just saw their present-day selves, Bailenson and his colleagues found (pdf).

The technology appears to be moving out of the lab, Zweig reports. Allianz Global Investors, he wrote, is looking to implement a simpler version of the technique this year. It's an interesting development, and if it raises the savings rate it will benefit a lot of people and the nation as a whole. And it could only be developed by people who don't assume that humans make their retirement decisions rationally.

Illustration: Age-morphing at work on one of the authors of the study on virtual-reality aging and retirement.