How to Outsmart Your Brain's Inbuilt Xenophobia

Evolution has trained your mind to create in-groups and out-groups in a flash—but the lines are more flexible than you think. 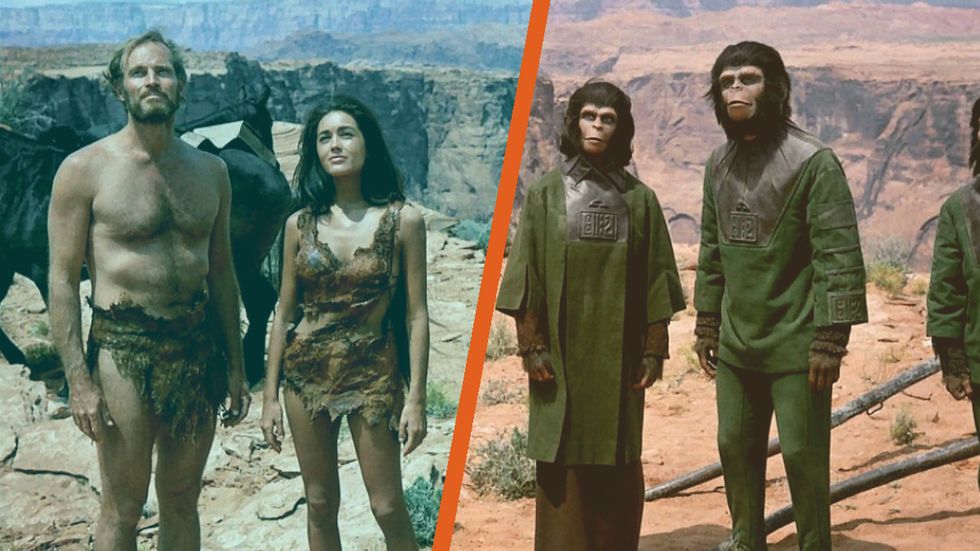 Oxytocin is sometimes marketed as a wonder hormone. This “trust molecule,” which acts a neurotransmitter in your brain, plays a role in mother-child bonding and is implicated in helping promote empathy and generosity. It is especially popular in modern lore for its role in sex: the “love hormone” is stimulated when hugging, kissing, and copulating. It is also delivered via breast milk, hushing the aggravated infant in a flood of chemical bliss. Enter clever salespeople. Oxytocin-based perfumes hit the market with the promise of attracting mates. But there’s a problem. Yes, oxytocin is a wonderful bonding agent for lovers and within communities. Yet oxytocin plays an equally powerful role in negatively assessing anyone from the other side of your tracks.

As neuroendocrinologist Robert Sapolsky writes in Behave, regarding a study featuring economic games in which volunteers could cooperate with others to even the financial playing field or attempt to play their fellow participants’ altruism against them to maximize profits:

When playing against strangers, oxytocin decreases cooperation, enhances envy when luck is bad, and enhances gloating when it’s good.

Hormones, he continues, rarely act outside of their environment—and human behavior is completely interwoven with their environment, as Sapolsky spends over 700 pages detailing. As our biology dictates, exposure is the necessary ingredient. Vaccines steel your body against potential dangers in your future. This should translate externally, though Sapolsky writes—a chapter from Behave is excerpted on Nautilus—exposure to other cultures, which should steel you from present (and future) xenophobia, sometimes has the opposite effect. History is full of examples of genocides and inhuman torture waged on out-groups; Sapolsky simplifies the terms by using the Us/Them designation. He cites one study that took place at train stations in predominantly white suburbs. A group of commuters were asked their views on immigration. For the next two weeks, a pair of conservatively dressed, well-mannered young Mexicans began using their platform. After two weeks those same commuters filled out another questionnaire.

Remarkably, the presence of such pairs made people more supportive of decreasing legal immigration from Mexico and making English the official language, and more opposed to amnesty for undocumented immigrants (without changing attitudes about Asian-Americans, African-Americans or Middle Easterners).

Sapolsky chalks this up to a bubbling conscious awareness of “subterranean forces” in our implicit biases. We have an immediate revulsion to certain foods, ideologies, and people, rooted in the environment we were raised and live within. Only later do we attempt to consciously explore the reasons we feel the way we do, often ignorant of forces simmering beneath the surface.

Think legal immigration to the States from Mexico is a good thing? I’ll rate it six out of ten. Suddenly they’ve infiltrated my neighborhood! Make that a three.

Observing unconscious patterns of behavior is what makes science work. One 2010 study of 11 prime-time television shows, like Grey's Anatomy and Scrubs, resulted in an observation that white actors behave more positively to other white actors than black actors—even in shows that promote racial equality. This was revealed through telling facial expressions and body language signals hidden in plain sight.

Ironically, Sapolsky writes, the concept of race is a fluid one. There is no clear lasting demarcation of race or ethnicity that stands up in every culture. This even extends to a perceived rendering of our primate past. He opens the chapter through an anecdote from 1968’s Planet of the Apes, in which the actors who played chimps and the actors who play gorillas ate lunch separately, regardless of what ethnicity each actor was from.

Today we love Japanese tea ceremonies—I can’t find a coffee shop in Los Angeles that hasn’t added matcha to their menu. When I was born in the seventies, however, Japanese cars were avoided at any cost because real cars are “Made in America.” I learned how to drive with a 1979 Ford truck.

Even standards of white are fluid. As Sapolsky notes, not long ago southern Italians and northern Europeans were classified differently in America. Having one-eighth African blood meant you were not white in Florida. Today the facade of Them to me, as an Angeleno, is supposed to be any non-college-educated supporter of Roy Moore. The in-group bias of whiteness is further divided along class and ideological lines, hinting at the dynamic seesaw cultural affiliations really exist along.

This psychological phenomenon even extends to the invisible. I’ve been informed numerous times that “it doesn’t matter what god you believe in, so long as you believe in something.” This would imply that having faith in a deity whose sole aim is to murder everyone with less than 98 percent European blood is better than being an atheist who strives to live a life dictated by compassion and charity for everyone.

Given how influential our imaginative perception of reality can influence our daily actions, it’s no  surprise that seemingly benign external influences impact our philosophies. Sapolsky writes that “Them-ing” is an emotional, automatic process easily unconsciously manipulated:

Finally, there’s the romanticized past that never really occurred. In America, that’s the dreamt-up golden era of the fifties, a time truly run by a small population of white men in government, media, and business, well before the cultural upwelling exhibited by the Black Lives Matter and #metoo movements. All of these factors have created a fractured nation that’s being promoted (and influenced by) our technological ease of communication.

Human violence has long been tempered by culture. The rise of city-states meant that large groups had to learn how to get along for the first time in our evolutionary history. For most of time beforehand, smaller bands sufficed to fend off the forces of nature (and other tribes). Technology never truly progressed until thousands, then tens of thousands, on up to tens of millions of people started sharing an identity under the localized umbrella of metropolises. Each step of the way we’ve tried to implement ethical guidelines to make us a better species.

Our moral work is nowhere near done, though we mustn’t lose sight of the progress we’ve made. For Sapolsky, the following four steps will help mitigate the outdated biological mandate we’ve been evolved with to implicitly label anything outgroup.

Contact. While it doesn’t always work (Mexicans on a train platform), Sapolsky writes that if contact is lengthy, something approaching the vaccine hypothesis will take root. This is an infinitely better option than not making contact at all.

Approaching the implicit. Showing people their implicit biases, as well as offering counter-stereotypes, opens the door for empathy. Not everyone will walk through, but you increase the odds they will by making their biases explicit.

Replace essentialism. No one is born with anything completely unique to their race, especially when it comes to this or that group inherently having more or less of something. If given the same socioeconomic opportunities, the playing field is truly even. Time to put that reality into action.

Flatten hierarchies. Too many character biases exist due to our stunning economic hierarchies. Even that playing field, and those assumptions too will fade.