Why is Anxiety Increasing in America?

Turns out terror attacks and political grandstanding are not increasing panic. It might just be a cooptation of our memory system. 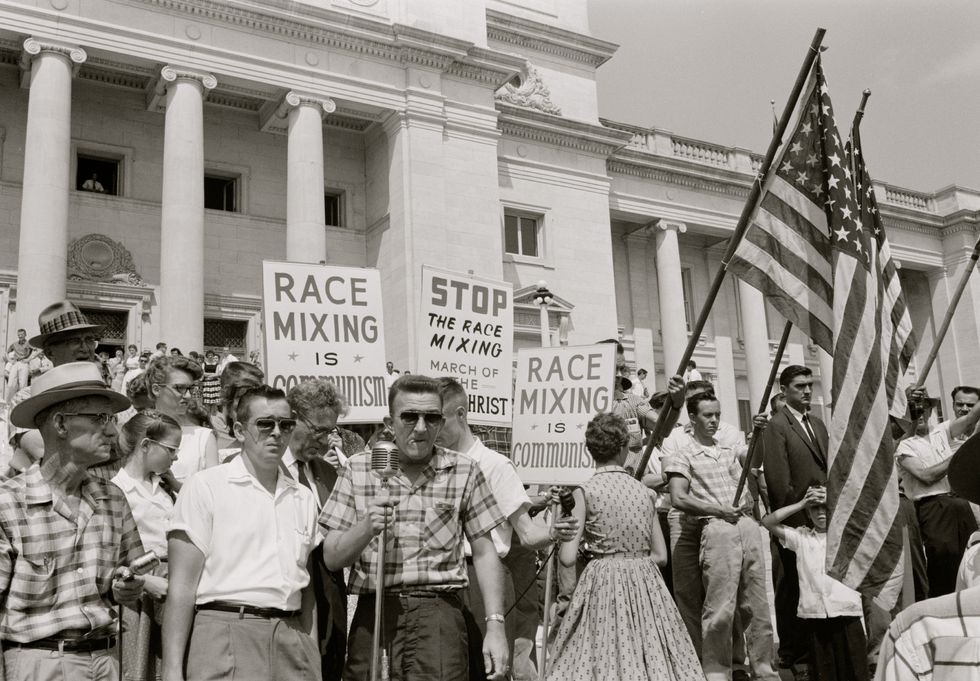 Anxiety—the word itself is enough to make one anxious. We all have triggers, but certain segments of the population are triggered more easily than others. For those who’ve suffered a panic attack—or hundreds, as I have—the trigger does not have to make logical sense. It just needs to appear in your mind.

Anxiety is one of those phenomena that non-sufferers sometimes claim, ‘it’s all in your mind.’ That’s simply not true; panic attacks are also a somatic experience. With a growing awareness of what creates anxiety and a captive online community searching for solutions, we’re learning more about what those triggers are and how they interact with our mind and body.

One important source is shedding light on anxiety: Google. As reported by economist Seth Stephens-Davidowitz, searches for anxiety have doubled in the past eight years. Certain terms are typed more often: ‘anxiety at night’ is skyrocketing, while ‘anxiety in the morning’ is also on the rise.

Most interesting about Stephens-Davidowitz’s reporting is that heavily reported items—major terrorism attacks; whatever Donald Trump is barking at—do not increase searches. Obviously Google is just one source, and not everyone seeks help online. But Google offers critical insights into social functioning. What the data do reveal is fascinating.

First off, panic attack searches happen most in “less educated, poorer parts of the country.” As one example, the “epicenter of anxiety” occurs in a small industrial city in Maine in which only 20 percent of the population has a college degree. A local paper subsequently dubbed the region “home of potatoes and panic attacks.”

States that were more deeply affected by the Great Recession saw bigger increases in anxiety during and after the recession. I estimate that each percentage point increase in unemployment is associated with a 1.4 percent increase in anxiety.

A second factor is opiate withdrawal. Stephens-Davidowitz notes that searches for that term are climbing even as prescription rates are falling, which could be accounted for by the black market and increased heroin addiction.

Interestingly, memory plays an important role in both addiction and anxiety disorder. With addiction, positive reinforcement creates an insatiable urge to revisit the experience. An addict’s aggressive nature partly depends on recalling the feeling of the experience. Soon this spirals into negative reinforcement, where a potential inability to return to that state keeps the user focused not on pleasure, but fear of withdrawal.

This is why panic attacks are a withdrawal symptom. If the compulsion to use is unrewarded, an overwhelming sense of dread kicks in. While this insatiable craving is not exclusive to drugs—food and sex are also powerful motivators—drug addiction is perhaps the most damaging.

This is not to reduce addiction to the memory system, as much more is involved. Interestingly, however, executive attention, our brain’s ability to selectively retrieve experiences from a vast catalog of life events, is part of what makes addiction a mammalian phenomenon. (Rats share our love of substances, for example.) As psychology professor Ronald T. Kellogg writes,

The visual and spatial stores of human working memory allow us to maintain transient mental images for a period of time. By allocating executive attention to these mental representations, it is possible to keep them active and constantly in mind. … Cravings would dissipate quickly if images could not be so readily maintained in human working memory.

The ability to foresee the future activates the same neural circuitry as picturing the past. These circuits create the exact patterns replicated by anxiety disorder. For example, people that have experienced trauma sometimes record their experiences not as “hot emotions but as cold facts.” When something seemingly unrelated to the actual trauma appears, either in reality or through memory—say, a photo of a rabbit on the wall—a relationship is wired. Thereafter any time a rabbit is mentioned or imagined, panic sets in.

An especially challenging aspect of anxiety is that the physiological mechanisms responsible for autonomic nervous system functioning simmer below conscious awareness. Thus an evolutionary beneficial system—fight-flight-freeze helps us evade potential dangers in our environment—is coopted by an overactive imagination strengthened by memories. Even more astoundingly, the experience did not have to happen to you to create this intense fear and dread. It is enough to imagine that it could possibly happen.

And so a top search for anxiety is correlated to money. This makes sense in a society constantly being divided along economic lines. The fear of not having enough is enough to set off the chemical cascade resulting in panic. Of all the things these fifty states are united over, this is certainly one of the most tragic.