“The most difficult part of treating addiction is to prevent relapse, especially for opioids,” explains Xiaoke Chen, an associate professor at Stanford University’s School of Humanities and Sciences and lead for a new study.”To prevent relapse, we really need to deal with the withdrawal.”

According to Chen, both the reward of the high and the alleviation of agonizing withdrawal symptoms can serve as memory cues that trigger the drug cravings that lead to relapse. Because of this, he and his team have taken a look at drug addiction as a memory problem. 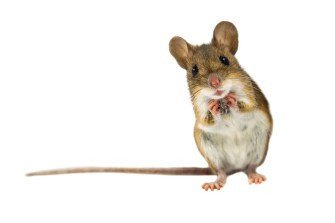 This study of mice and morphine shows very promising results for the battle of addiction in the human population.Photo by Rudmer Zwerver on Shutterstock

The mice in this groundbreaking 2020 study were introduced to a two-sided chamber that was differentiated by tactile and visual cues. One side of the chamber had a drug-free saline solution and the other a small dose of morphine.

Over the course of four days, the mice went through a kind of “training” – associating the two sides of the chamber with either saline or morphine. When their memories were tested on the fifth day, the mice had already developed a compulsive preference for the chamber containing morphine.

Prior to this study, Chen’s team had traced the animals’ learning and memory abilities to a node in the brain known as the paraventricular thalamus (PVT for short). This area of the brain connects to multiple brain regions that are also involved in drug addiction.

By using a light-based technique (called optogenetics), Chen’s team was able to precisely control the activity of various pathways at different points of the animals’ drug-use experience.

Once the mice had become dependent on the morphine, “switching off” (or silencing) the PVT pathway that had previously been found to be important for withdrawal completely abolished their preference for the morphine. A day later, the mice were tested once more without the PVT silencing technique. There was still no preference for the chamber with morphine in it. This is a very surprising and potentially groundbreaking study in the world of addictions.

Even when the morphine was reintroduced to the mice, they still did not prefer the morphine-paired chamber — even as long as two weeks later.

“Our data suggest that after silencing this PVT pathway, environmental cues will not work to reactivate this memory,” explains Chen. “We haven’t tested a later time point than two weeks but we think it’s very likely the memory is just gone.” 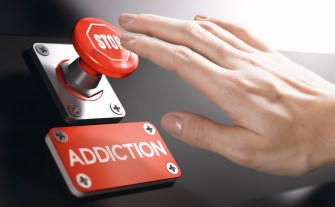 What could this mean for addiction in the human population?Photo by Olivier Le Moal on Shutterstock

For a little more of an in-depth understanding of the future implications of this study, we should take a look at what the paraventricular thalamus is in the human brain and how it relates to drug addiction.

A brief explanation of the paraventricular thalamus in humans

According to Science Direct, “brain circuits that regulate reward and motivation are considered to be the neural substrate of drug addiction. An increasing body of literature indicates that the paraventricular thalamic nucleus (PVT) could serve as a key node in the neurocircuits that control goal-directed behaviors.”

The PVT receives input from the brain stem and hypothalamus and is also connected to the limbic system. Neurons in the PVT are impacted by drug exposure as well as cue and context that become associated with drug-taking. You can see then how silencing the PVT could potentially impact the need for continued drug use.

“Erasure” and silencing of the PVT pathway

The scientists attached to this study have dubbed the silencing of this PVT pathway to be called “erasure” because it appears that the drug-associated memory is effectively erased from the brain (of mice).

Two crucial components for memory erasure are location and timeframe. Manipulation of this pathway must be done while the animal is inside the memory-associated environment (which, in this case, is the drug-associated chamber where the morphine was) and that the animal must be experiencing withdrawal at the time of erasure for this to be effective.

“The memory first needs to be reactivated to provide an opportunity for precise memory manipulation,” said Chen. “You don’t want to erase the entire memory; you only want to erase the part that’s associated with the drug.”

Once reactivated, there is a window of opportunity for updating the drug-associated memory, suggesting that scientists could strengthen and reinforce the memory by providing the drug or weaken the memory by changing the brain’s association with the drug.

There is already the practice of “extinction training“, where the brain effectively “learns to forget” about addiction as a process of treating addiction. When environmental stimuli or cues become associated with drug use, they become powerful motivators of continued drug use. Extinction training attempts to reduce the strength of those cue-drug memories which, if successful, could decrease the number of factors that induce cravings and aid in relapse.

This new “erasure” method could eventually be considered an alternative to that – erasing the cues altogether (by silencing the PVT pathway) instead of training your mind to forget them.

The genes responsible for facial features may also influence behavior.
Up Next
Partnerships

The line between work and play has became blurred during the pandemic.