Why the Feeling of Boredom Is so Important in Life

In a world that's always connected, we give away an essential part of our selves with constant distractions. 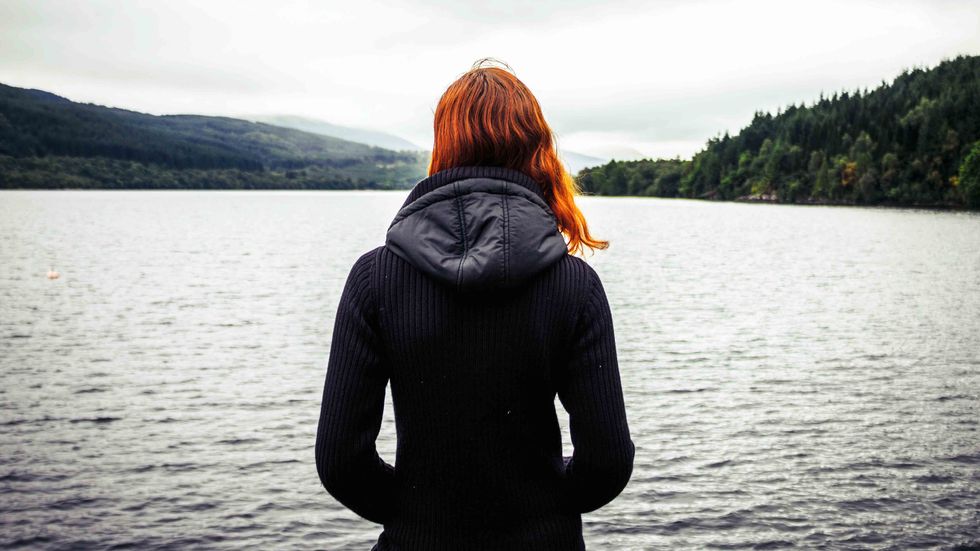 When their cat goes missing, Kumiko Okada instructs her husband, Toru, to find him. Toru had recently quit his job in a law office—“professional gopher,” he calls it—with no ambitions of actually becoming a lawyer. His days free, Toru embarks on what becomes an epic 606-page adventure in feline detection techniques.

The beauty of Haruki Murakami’s The Wind-Up Bird Chronicle is how little involvement in his circumstances Toru has. He simply sets off on a walk and notices his surroundings. This is a recurrent theme in Murakami’s novels: the hero stumbles through life, uncertain of where to go or who they are, suddenly encountering transformative narratives. Their life story is re-written in mundane yet sublime script.

Today Toru would most likely walk around Tokyo staring at his phone. Maybe his cat has a chip, which would help locate him, yet make for a rather boring novel. Or maybe Toru would stop to Instagram street flora and ramen lunches, re-posting selfies that teenage May Kasahara takes. Murakami’s genius is in transforming the everyday into the monumental; the author counts on our imagination to fill in the details.

One term used to describe Toru is ‘apathetic.’ Let’s not disavow his discipline so easily. He values boredom, an increasingly disappearing skill. That we can connect wirelessly at any moment does not mean that we should. For many people such an option seems to not exist at all, as if the mere idea of taking a day off from their devices is a Luddite throwback, a taint on our evolutionary prowess.

In the past I used the term Luddite to describe friends that refused to purchase a cell phone. That was simply ignorant. The Luddites were not anti-technology. We see strains of their plight in the coal industry today. English textile workers whose jobs were threated by mechanization, Luddites were fighting for survival. We can argue whether or not their industry needed saving—coal is not the way forward today—but to dismiss them as hopeless romantics misses their knack for labor organizing and survival instincts.

In his new collection of blog posts and essays, Utopia is Creepy, Nicholas Carr writes that we assume Luddites are in it for nostalgia and sentimentality, therefore negating progress. Few question the validity of technology, however. No one is arguing that we need to shut down Wi-Fi. What we need to address is how (and how much) we’re using it, and for what means. Carr writes,

Which is a point that Michael Harris arrives at in The End of Absence as well. Like Carr, he finds the inability to finish a book (in his case, War and Peace) stealing something essential from his quality of life. As a journalist, constant alerts and dings are suffocating. While Harris recognizes the value of contact, he finds that “efficient communication is not the ultimate goal of human experience.”

Harris relates this to operant conditioning, a phrase coined by psychologist B. F. Skinner in 1937 that “describes any voluntary behavior that is shaped by its consequences.” If there’s a reward, we’ll chase it regardless of what is lost or compromised. Interestingly, reliability does not imply addiction:

Animals, including humans, become obsessed with reward systems that only occasionally and randomly give up the goods.

Not every email is going to be a winner, but you’ll muscle through a thousand spam missives to unearth a gem you’ve been waiting for. You won’t do that all at once, however. Most likely you’ll “reap empty rewards from completing a thousand little sugarcoated tasks,” as Daniel Levitin writes in The Organized Mind, such as swiping to delete over and over. And over.

Levitin warns that this behavior “creates a dopamine-addiction feedback loop.” Your brain is briefly rewarded when seeking external validation. The problem is that the brain region necessary for staying focused is hijacked do to our inherent ‘novelty bias,’ which occupies the same neural real estate. We’re always on edge, always waiting for the next thing, regardless of how irrelevant or mundane—and not the exciting mundane filled with possibilities that Toru was engaged in. We’ve lost, Harris writes, the ability to be absent.

With that loss comes not only an inability to focus, but an equally essential brain state: the beauty of drifting. The human imagination, one of our great gifts as a species, relies on the default mode network—daydreaming. Technology lets us wander, but in someone else’s world, through an often confused and seemingly random collection of hyperlinks, advertisements disguised as content, content disguised as journalism.

The cultivation of imagination relies on boredom. We need moments of space, of absence, to free up the overwhelming deluge of information assaulting our nervous system every moment of every day. When any opportunity becomes a chance to like and connect and delete—sipping coffee, at a red light, in line—we lose the value of boredom. Over time that loss will prove to be one of the most valuable skills we have forgotten.