A new Danish study has women around the world worried. Published in JAMA Psychiatry, researchers at the University of Copenhagen discovered that women on hormonal contraception were far more likely to develop depression than those who used non-hormonal methods. This was a large study, containing over a million female Danes. Each was between the ages of 15 and 34. Each case was followed for 13 years.

Investigators discovered that women who take combined oral contraception were 23% more likely to receive a diagnosis of depression. Those who take the “mini-pill,” progestin only, had a 34% higher risk. The results were not the same across all age groups. Teens were 80% more likely to develop depression on the combined pill, and twice as likely on the mini-pill.

For those women considering an intrauterine system (IUS) or hormonal coil, injections, the ring, or the patch, understand that the rate of depression was much higher than either oral contraceptive. Scientists believe that this may have something to do with dosage rather than how the hormone administered. Shockingly, those on an Etonogestrel vaginal ring or the Levonorgestrel intrauterine system were three times more likely to get depressed. 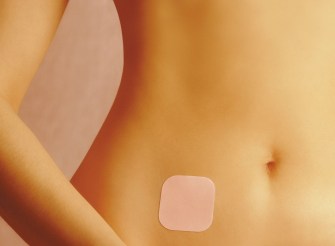 Those on the patch or other forms of hormone-based birth control, had a higher risk of depression.

Women on Depo Provera were the most likely to require an antidepressant, according to Charlotte Wessel Skovlund, MSc, a researcher on the study. She and colleagues believe that the role of estrogen and progesterone may influence the cortical and subcortical regions of the brain, particularly those areas responsible for emotional processing. The pill may interfere with normal hormone production, authors wrote, leading to depression.

This study was part of a larger, ongoing program known as: The Danish Sex Hormone Register Study. Researchers analyzed data from 1,061,997 Danish females, ages 15 through 34. Their average age was 24. They studied medical records, taking note of entries occurring every six years. Of the total, 55.5% took oral contraception. The risk of depression began from the first time taking a hormonal contraceptive, and peaked at six months after first use. Somewhere after the seven year mark, the risk began to decline.

Researchers used two identifiers to confirm depression. The first was filling a prescription for an antidepressant. The second was discharge with a diagnosis of depression from a psychiatric facility. They looked at both outpatient and inpatient registers. Of the total, 133,178 had filled a prescription and 23,077 had seen a professional.

Doctors have known for some time that those women who already have depression should stay away from oral contraceptives, as they are likely to make symptoms worse. Other research has found that depressed women are less likely to keep up with it. 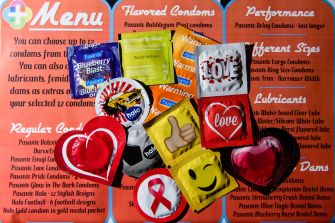 Condoms are 98% effective at preventing pregnancy and STDs, if used correctly.

Experts say mood changes are one of the most common reasons women decide to come off the pill, when they first begin taking it. In an article in the UK newspaper The Guardian, Holly Grigg-Spall, author of the book, Sweetening the Pill, said that despite overwhelming evidence, many male doctors rushed in to “mansplain” why the pill is still significant.

Though in the works, science has produced few options for men, outside of the condom and a vasectomy. It’s important to note that women are twice as prone to the mood disorder as men. Yet, by and large, contraception remains the realm of women in our society. One healthcare professional’s response according to Grigg-Spall was “an unwanted pregnancy far outweighs all the other side effects that could occur from a contraceptive.”

Øjvind Lidegaard, a professor of obstetrics and gynecology at the university, and an author of this study, will next explore what relationship, if any, hormonal birth control has on suicide. Though there was some concern over this in the 1970s, the issue has not been revisited, since. Of course, not every woman on hormonal contraceptives will become depressed. But those who are and are experiencing symptoms, should investigate with their physician promptly.

Two strange Oliver Sacks stories about the mind and music from Musicophilia: Tales of Music and the Brain.