Opioids Don't Treat Depression, Yet People Turn to Them Anyway

There's been an alarming uptick in sufferers of depression turning to opioids, increasing addiction numbers. 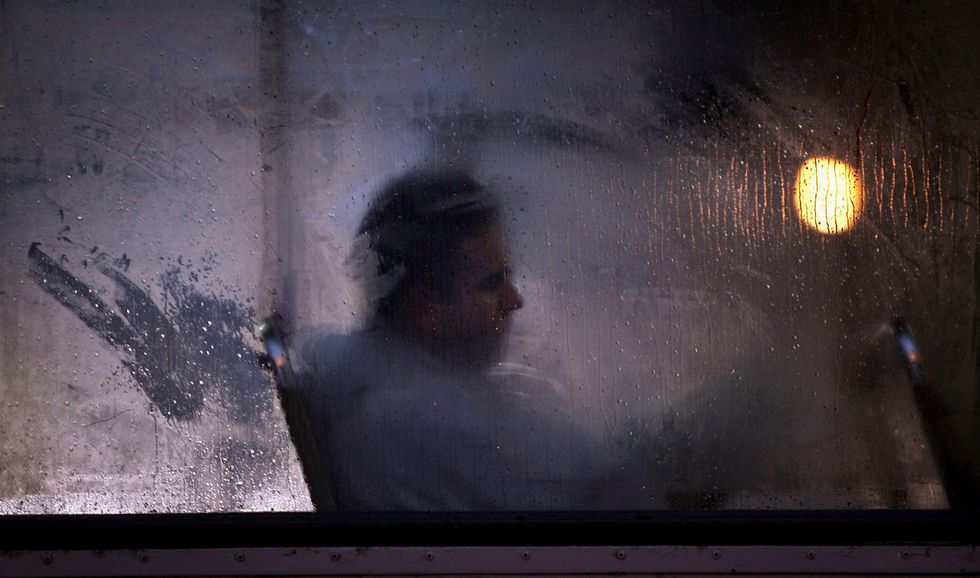 A man makes his way home from work on a bus as darkness falls on October 10, 2005 in Glasgow, Scotland. Photo by Christopher Furlong/Getty Images

Much of modern medicine does not consider emotions as a root cause of physical pain. It’s as if humans can divide bodies into psychology and neurology, handled by those respective disciplines, and turn to gastrointestinal specialists, cardiologists, and orthopaedic surgeons for fleshly concerns. While sometimes warranted this persistent division of mind and body is unfortunate.

While the cause of pain is not always apparent it’s also easy to misidentify the problem. Sometimes multiple issues converge in your body, each influencing the others. Instead of implementing a holistic yet scientifically credible approach to healing we remain caught in a hamster wheel of specialization. General physicians purposely overbook to maximize profits while minimizing time with each patient, sending them off to doctors who only treat one specific problem or, worse, whipping out a prescription pad before a proper diagnosis is rendered.

And now, with the promise of smart phone apps removing yet another layer of actual communication with doctors, self-prescription is becoming more prevalent. Since we’re not always adept at diagnosing our problems—“you’re your own best doctor” plays more like an excuse than medicine—and since we’re accustomed to a five minute chat before driving to the pharmacy, it turns out many people are treating emotional pain with opioids. As Olga Khazan reports at the Atlantic,

People with depression show abnormalities in the body’s release of its own, endogenous, opioid chemicals. Depression tends to exacerbate pain—it makes chronic pain last longer and hurts the recovery process after surgery.

Relief offered by a temporary decrease in physical pain might lead to chronic problems, such as addiction and deeper depression, as some opioids have antidepressant properties, Khazan writes. On top of the initial problem a whole slew of tragic reactions begin to occur.

This comes during a time when pharmaceutical companies are being sued for misleading advertising. In Ohio, for example, 20 percent of the state’s population was prescribed opioids in 2016; in 2012, 793 million doses were prescribed. The state’s population that year was 11.55 million. Trigger happy is an understatement.

This led the state’s attorney general, Mike DeWine, to file a lawsuit against a number of companies, including Johnson & Johnson and Purdue Pharma, accusing that they “trivialize the risks of opioids while overstating the benefits of using them for chronic pain.” He’s not alone: lawsuits in California and New York make similar claims.

During a time when 23 million Americans may well be kicked off of insurance in the coming months this is not welcome news. The opioid crisis is the result of a perfect storm: increasing anxiety and stress in modern Americans, translating into physical symptoms; doctors maximizing prescription quotas thanks to ties with pharmaceutical companies; pharmaceutical companies extensively advertising products; shorter doctor visits, resulting in an industry in which writing a script is easier than navigating the tricky world of psychology, personalities, and somatic disorders; patients using multiple doctors to keep bottles filled; a thriving black market and an increase in synthetics imported and cooked up in questionable home laboratories.

I’ve watched this process occur with family and friends a number of times and it’s never pretty. We tend to seek a singular cause, which proves impossible. This article, also in the Atlantic, posits intriguing speculation, however. It dates back to a single study in the New England Journal of Medicine in 1980, of which the publication just issued a corrective for. The study states that painkillers are not addictive. Pharmaceutical companies have had a field day promoting this research ever since.

The study looked at nearly forty thousand patients and concluded that only four of the almost twelve thousand prescribed ‘at least one narcotic preparation’ became addicted, with only one of those resulting in a ‘major’ addiction. It ends,

We conclude that despite widespread use of narcotic drugs in hospitals, the development of addiction is rare in medical patients with no history of addiction.

Given the ravages of opioid use in communities across America over the last decade, the initial researchers corrected their work in a recent updated article. It was the first time the publication issued a corrective in at least seventeen years, the length of the time the current editor has been at the helm.

Physical and emotional pain are often interrelated. For those whose depression manifests physical symptoms the process is equally insidious. Patience and self-care is necessary, as well as a strong support network. The ‘pill to take the pain away’ mentality is never the right decision. Until a medical system is in place to support this fact we have to take responsibility in seeking out proper care. It’s no easy path, but it could save lives.