In '12 Rules For Life', Jordan Peterson shows why listening is the most important aspect of any conversation. 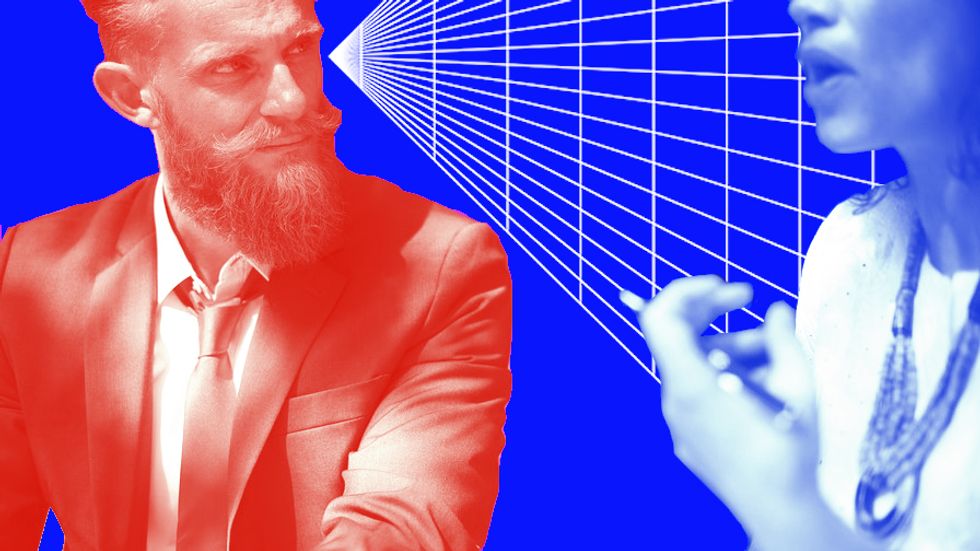 My education in journalism began with Bill Moyers. Watching his classic interview with Joseph Campbell—the transcript became Campbell’s posthumous bestseller, The Power of Myth—is as instructive as any college course. Moyers extensively studied the subject matter before chatting with the mythologist. Yet he also exhibited an essential quality of good conversation: listening. Moyers is an exceptional example of good journalism. He prepared with dozens of questions, yet throughout the interview, he volleys based on Campbell’s remarks. Much of what passes for journalism today—e-mail interviews; straight Q&As with no diversion from the script; unprepared interviewers and their tell-tale sign: the first question is, “So tell me about yourself…”—is nothing more than a drive to fulfill our incessant need for content.

Campbell was a storyteller, as was Moyers, which made their discussion, and subsequent book, enjoyable and informative. As with journalism, much of what passes for a conversation today is nothing but monologuing. In his latest book, 12 Rules for Life, Canadian psychology professor and clinical psychologist Jordan Peterson warns against this type of dialogue. Merely waiting for someone to finish a sentence to launch your own thoughts does not make for any sort of conversation at all.

Knowledge is key when you’re talking with someone else. Even banal subjects can morph into teaching moments. We organize our brains with conversation, Peterson notes, and not only by speaking. Listening is an art, which is why this particular rule is aptly titled, “Assume that the person you are listening to might know something you don’t.”

Peterson recommends approaching conversation as “a form of mutual exploration.” Such dialogue features a topic, one that is often complex and requires nuance to engage in. He continues,

Everyone participating is trying to solve a problem, instead of insisting on the a priori validity of their own positions. All are acting on the premise that they have something to learn. This kind of conversation constitutes active philosophy, the highest form of thought, and the best preparation for proper living.

Such advice likely sounds like a foreign language when contemplating social media. While technological connectivity is touted as an advancement of global culture, it also acts as a breeding ground for echo chambers. I’m uncertain how often I’ve experienced this with this column, readers commenting on the title without bothering to read the article, which often addresses their very critiques. Even online conversations can be educational, yet the ability to listen (i.e. read and contemplate before replying) seems even more foreign in this medium.

Peterson is a rare professor that has kept a clinical practice, which forces him to listen to others in two separate worlds. Many of his patients and students are likely not accustomed to being heard. Instead of rushing to judgment by offering immediate feedback, he must listen and think on his replies. Listening, he writes, is as challenging as thinking.

People think they think, but it’s not true. It’s mostly self-criticism that passes for thinking. True thinking is rare—just like true listening. Thinking is listening to yourself. It’s difficult. To think, you have to be at least two people at the same time. Then you have to let those people disagree.

Each view, he continues, is an “avatar in a simulated world.” The key is to simulate multiple worlds. A strong thinker, like a strong listener—the two are essentially the same—imagines and articulates their worlds to one another. Yet too often we cling to a particular viewpoint. We might hear opposing viewpoints, from others or within ourselves, but we’re not actually listening.

This is dangerous. It creates unnecessary suffering. Whereas complex topics could be worked out with patience and an open mind, they instead remain mysterious. Each avatar refuses to listen to competing avatars. Competition is heightened; collaboration is not entertained. You never scratch the surface because no trust is built. You never have the chance to open your arms because they’re too busy shielding incoming blows.

Peterson advocates for listening without premature judgment. Conversations are rarely boring with deep listening. There is every opportunity to learn something you didn’t know. Even the conflict that ensues with opposing viewpoints is teachable: you sharpen your own viewpoint while recognizing that your philosophy isn’t the only one in the world.

Peterson extends this advice to venues traditionally thought of as monologues, like lecturing. A good lecturer talks “with and not at or even to his or her listeners.” There is no singular audience, but a collection of individuals that need to be engaged with. Creating a connection is the biggest hurdle in public speaking. Rarely is it made when the speaker is talking at their audience.

In regards to listening, Peterson is a popular victim. (He also struggles to take his own advice.) Peterson is an important voice speaking out against radical factions on the Left and Right, both of which are confident that only their viewpoints matter. This is not true confidence, however, but rather a mask for insecurity. It’s impossible to conclude that you’re right when your ideology is the only one you’ve weighed. There’s a reason why podcasts are a such a popular medium. We love good conversations. We love great monologues that make us feel included. We love debates pushing cultures forward. In every situation, speakers aim to learn even while educating their audience. This requires listening to your inner, conflicting avatars as much as to those of others. Peterson sums this up in the chapter’s most succinct sentence:

You can be pretty smart if you can just shut up.