Karen Michels video on the dangers of coconut oil has gone viral, leaving the nutritional blogosphere scratching its head. 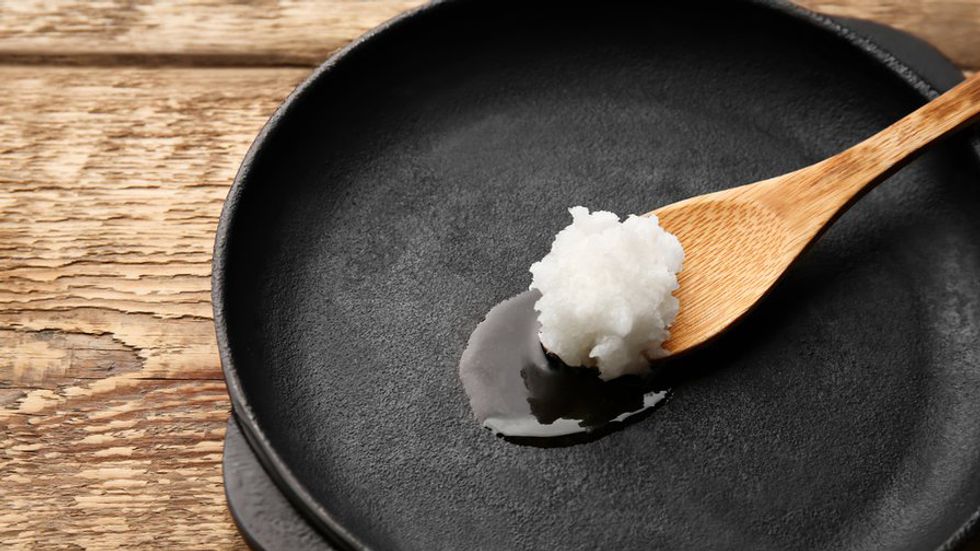 You know the story: a Harvard professor is featured giving a lecture in German; in her lecture, she claims that coconut oil is “pure poison”; the video becomes a viral sensation, garnering over 1.2 million views in just over a month. Seems like this happens on a weekly basis.

Okay, maybe not, but welcome to the story of Karen Michels, a professor at the Harvard T.H. Chan School of Public Health. This is the second big swipe at coconut oil’s healthiness in the last year: the American Heart Association warned us to think better about guzzling saturated fats in its updated guidelines. That claim sent the holistic blogosphere into a tizzy, with claims of BigHeartAssociation running a governmental conspiracy (or something like that) making the rounds.

Not that federal agencies are always to be trusted. Nor should we take Michels’ words as the last on the subject. First, her claims, in which she says: coconut oil is the worst food you can eat. Lard is like kale compared to this. Since coconut oil is almost exclusively comprised of saturated fatty acids, you’re on the fast track to clogged coronary arteries. Most so-called “superfoods” are ineffective marketing hype, so she doesn't damn them. Coconut oil, however, is the devil incarnate.

Experts are questioning this extreme advice, however. As Business Insider reports:

A study published in the American Journal of Clinical Nutrition indicated that people who routinely consume cheese, whole milk, and other high-fat dairy products—in essence, products high in saturated fatty acids—are at no higher risk of dying from a heart attack, stroke, or other illness than those who avoid such products.

The real debate is saturated fats; coconut oil has been pulled in given its recent role as the darling of health food and holistic blogs. As Vox reports, coconut oil has been in circulation for millennia, widely used for cooking in the West until World War II. Since that time it has cyclically fallen out of and come back into favor.

In the mid-nineties, it was unfavorably compared to Big Macs for its usage in movie popcorn. This didn't stop Goop from publishing an article championing coconut oiled-popcorn as a healthy snack. The Himalayan pink salt and leek powder prove its healthiness, apparently.

Goop didn't start this trend but is certainly capitalizing on it. A decade after PopcornGate, coconut oil began flying off the shelves at health food stores:

A representative from Whole Foods said in the article that coconut oil sales growth had been in the “high double digits” for the preceding five years.

This was, of course, just when holistic blogging became its own force; coconut oil was primed to be a contender in the “superfood” world. Dr. Oz made ridiculous health claims about it while Goop has published 168 articles heralding its many benefits. Game over: coconut oil for all, your hair, your skin, inside your belly. By the time coffee became Bulletproof, the food industry was rolling in this reliable moneymaker.

And still, research is unclear. Coconut oil is no panacea, but it's not necessarily certain death. Michels might be a bit extreme in her assessment, as the NY Times reports:

The NY Times concludes by stating that olive oil is still the better choice for cooking and consumption. But that’s not the sexy choice, at least not until olives receive a proper Westernized holistic “superfood” revamp. Coconuts fit the need of being both mysterious and dependable, a delicious sip of manna in a time of rampant toxins.

Just as political extremism defines our era, our food decisions follow suit. Is a little coconut oil bad? Likely not. Eating tubs of it to stay in ketosis? Probably not the best idea. Somewhere between Goop and Karen Michels is the truth about this drupe’s oil. That doesn’t make for a good sales pitch, but it could save your heart in the long run.