Ice finally met fire on last night's episode of Game of Thrones, and their first conversation proved a perfect case study in the distance between power and reality. 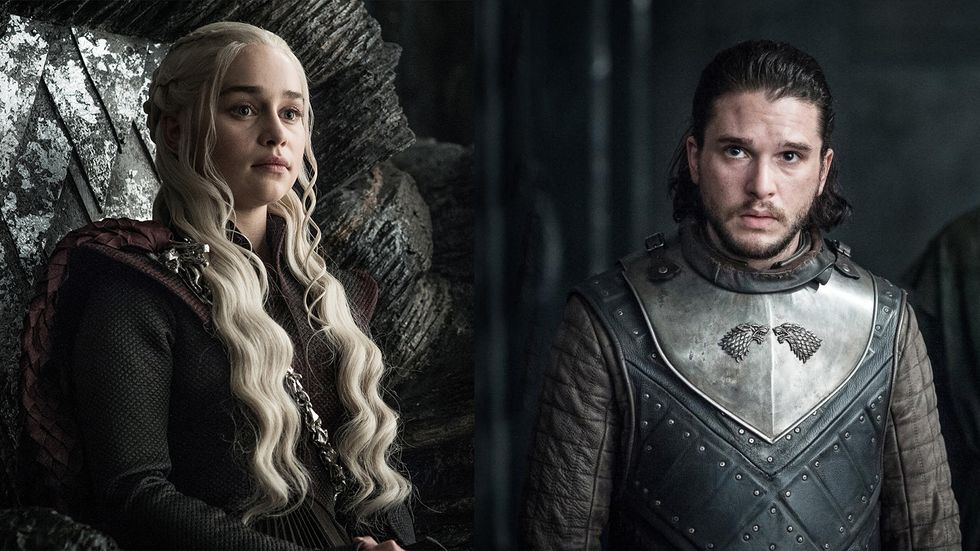 While promoting his new documentary and book, An Inconvenient Sequel: Truth to Power, on Pod Save America, former vice-president Al Gore paraphrases Nelson Mandela when stating, “It’s always impossible until it’s done.” He’s discussing the “ferocious resistance” to climate science, a movement he compares to Civil Rights in the South of his youth. Over time, he believes, the choice becomes clear. His universe bends toward justice.

When these questions get less complicated, when the underbrush is cleared away, and we get a clearer view of the binary choice at the heart of it, between right and wrong, then the outcome becomes foreordained. And I think we’re really close to that with the climate movement.

Perhaps. Civil Rights was a giant step forward in America, but in recent years we’ve witnessed a sense of racism and entitlement that was boiling underneath the surface all along. The same for gay rights: most Americans, thankfully, are for it, but then a tweet dismantling transgender rights in the military exposes bigotry in less than 140 characters. It might truly be minority opinion, but it’s a loud and crude one. The White Walkers are ideal archetypes for whatever the society’s greatest fear is. In this column from episode three they’re white supremacists. Before season seven kicked off, Vox speculated that the entire series is about climate change, with the White Walkers leading the metaphor:

Their zombie minions are equally happy to rip apart people of all nations and noble houses. Yet instead of uniting to combat the shared threat to human existence, the houses in the show spend basically all their time on their own petty disagreements and struggle for power. White Walkers are generally ignored; some nobles deny their existence outright.

This theory came to life last night during the most-anticipated meeting in the show’s history, that of Daenerys Targaryen and Jon Snow. While the focus today has been on the fact Snow refused to “bend the knee,” their first conversation proved a perfect case study in humanity’s painful history of the distance between power and reality.

Targaryen’s sole focus is that the King of the North recognizes her legitimacy. A longstanding agreement between the Targaryens and Starks, with the former always ruling the latter, is “in perpetuity”—Tyrion provides the definition should the word not register with Snow. When the bastard replies that everyone is acting like a child Daenerys, well, acts like a child. She reminds Snow of the ancient pact and her flying friends.

Which is fascinating. No one believed the dragons could be resurrected, but she did it. That’s her superhero power. While she does receive a glimpse of Snow’s superhero power, the ancient concept of resurrection which dates back well before the Christ mythology, Snow instead turns to anecdote: I’ve seen the White Walkers. I know what they can do. Wake up.

Daenerys’s reaction is expectable: I only believe in my myth. Snow, of course, has seen the dragons, but given his last few seasons he’s more primed to take anyone at their word regarding magic and superstition. Daenerys, not so much. The well-traveled Tyrion proves more open-minded, which is why he brokers obsidian for trust. Daenerys’ thinking is fundamentalist, Snow’s, pragmatic, though in truth the Queen of Dragons is not so brittle that she’ll suffer Lady Olenna’s fate: a failure of imagination.

How do we confront an enemy no one believes in because no one can see it? That's the question Snow leaves us with. We can see iceberg calving thanks to patient videographers positioned at the planet’s edges—a relative term, of course, as circles don’t have edges. But at this moment most would rather watch the videos on their screens rather than give up the behaviors that are part of the problem that’s causing calving. We tend to choose the superstitions that benefit us, not the ones that point at our destruction.

Which defines metaphysical religious thinking. A benevolent “energy” for our ultimate good is one we desire, regardless of its absurdity in the face of biology and evolution. Likewise, one bent on our downfall cannot be the ultimate force in the “universe,” which bends toward “justice” and “love." Catchphrases stir our emotions even as they muddy the rising waters.

So as Daenerys continues her quest of legitimacy and Cersei pitches the benefits of monarchies to Mycroft Holmes Tycho Nestoris, Jon Snow prepares to mine the earth for cooled lava in hopes of defeating the planet’s biggest threat. He recognizes the binary choice Gore points to, the first of the bickering children to reach adolescence. We can hope the other leaders follow suit, but we shouldn't expect it. It would be a boon for humanity, but it makes for terrible religion fiction.