Okay, I admit this might be an oversimplification. But for a 58-year-old guy who didn’t start playing until about ten years ago, this bifurcation explains why so many people miss what is truly revolutionary in these revolutionary technologies. I find myself spending a lot of time explaining to my non-gamer friends (both young and old) that in the midst of all the alien shooters, battle royales, and side-scrolling melee fighters — FYI, these are game genres — there lies a radically potent new method for storytelling. And it’s storytelling that provides one path by which a great video game can become great art. To illustrate this point, let me introduce The Last of Us Part II.

Released during COVID-19, The Last of Us Part II (TLOU2) tells a story in a world fallen to a pandemic. The subject matter certainly seems timely, but by itself, that doesn’t mean much. Post-apocalyptic pandemic video games are a dime a dozen. There are a zillion titles out there that will let you spend 20 or 30 hours of game time mowing down zombies of one form or another while upgrading your weapons, health, and skills.

The sublime art of TLOU2

Now, don’t get me wrong. The mowing down of zombies and the upgrading of skills common to many video games are just fine. Not every game has to be great art, just like not every movie you watch or novel you read has to be great art. There is, most definitely, a place in this world for mindless escape, entertainment, and fun. That’s because — if you are into it — sneaking around some last-outpost-of-humanity while trying to take out dangerous zombies can be a delicious waste of time at the end of a hard day. But with TLOU2, there is all that and more.

The creators of TLOU2 take players on a difficult, exhausting journey through the consequences of violence.

Given the “Part II” in its title, TLOU2 is obviously the continuation of a story laid down in The Last of Us. That game followed Joel, a survival-hardened middle-aged smuggler who’s been tasked with shepherding teenaged Ellie across the country 20 years after the pandemic outbreak. Ellie is immune to the infection that turns people into zombies. Joel is given his mission by a resistance group that hopes to use Ellie to find a final cure. The journey of Ellie and Joel (who lost his own teenaged daughter two decades earlier in the outbreak) is harrowing and makes The Last of Us almost universally recognized as one of the greatest video games ever made. I’ve written before about how TLOU’s innovative use of game-playing mechanics redefined what was possible for storytelling. In TLOU2, creator Naughty Dog Studio manages to make lightning strike twice, finding an entirely new path to transformative innovation.

Warning! From here on there are serious spoilers. If you think you want to play these games STOP. 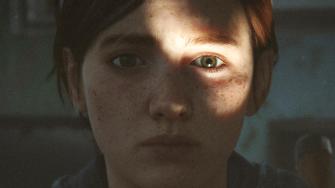 The Last of Us Part IICredit: Naughty Dog

TLOU2 takes place four years after the end of the original game. The story is set in motion with the brutal murder of Joel as Ellie is forced to watch. It’s an act of vengeance, a retribution for Joel’s own choices at the end of the first game. So, what does TLOU2 do to make this game rise above a thousand other stories of vengeance and retribution? The answer lies in the most basic mechanics of game play: perspective.

When you play a video game like TLOU2, you take on the role of the character. This means you literally take control of their actions, seeing through their eyes (or over their shoulder) as you navigate them through the world and the story. This is where the digital technologies of video games take storytelling into new domains. In the hands of lesser creators, the possibilities of that power are lost, and you just get another ho-hum shooter with a weak story. That’s not what happens in TLOU2.

The first half of the game follows Ellie as she tracks down Joel’s killer and seeks her own vengeance. Her quarry is Abby, the daughter of a doctor that Joel killed at the end of the first game. Abby is now part of a paramilitary group in Seattle, and you, playing as Ellie, must work your way through the city to find her over the course of three days. Using stealth and combat, fighting both the infected (really terrifying zombies) and Abby’s compatriots, the effort is unnerving and exhausting. Unlike most games, TLOU2 does not let you off the hook in its depiction of violence. The brutality of what you are doing cannot be avoided. Characters struggle for their lives and call to each other by name if you take one down. They are friends, and you are the one ending that friendship forever.

Which you are doing because, in a stunning design choice, TLOU2 switches that all-important perspective on you right in the middle of the game. With an impressive narrative mechanism, the clock gets reset to three days earlier, and you are now Abby, greeting one friend after another at the stadium that serves as the paramilitary group’s base of operations. You get breakfast at the commissary and chat with folks in the line. You check out gear for the upcoming patrol and take responsibility for a playful guard dog named Alice.

As you move Abby through these often intimate interactions, you come to realize that these are all the people that you just murdered (including the dog) in the first half of the game when you were Ellie. It’s a terrible, harrowing shift that colors the rest of the game as it goes on to unpack deeper issues about the strictures of our tribalism, our capacities for choice, and the possibilities of forgiveness. In the end, I was just blown away.

What matters for our discussion today is that the immense power of TLOU2 — namely, its ability to haunt me months after I finished the game — is due to the medium. Yes, a novel or film can force a change in perspective and that can be arresting. But it’s the immersion, the agency, and the appearance of choice (even if limited) in video games that radically shifts the experience of perspective in a story. And in that shift comes a transcendence, a reframing, and a learning that are all the reasons why we turn to art. Ultimately, one reason we create art, one reason we participate in art, is an effort to learn something. Through it, we hope to find something deeper, something more about this mystery of being human.

That is what TLOU2 accomplishes. Through the medium of video games, the creators of TLOU2 take players on a difficult, exhausting journey through the consequences of violence. Given that medium’s usual careless treatment of violence, making such a journey possible was not a small thing. It was revealing, and that is what we can, and should, ask from true art.

The forgotten paintings of ancient Greece and Rome

Paintings played an important role in these ancient civilizations. Unfortunately, pigment is not nearly as durable as marble.
High Culture

The so-called “court painter of Silicon Valley” was shaped by her youth in communist Poland but looks forward to a future ruled by celebrity robots.
Neuropsych

Humans may share a universal sense of beauty in color combinations

How to paint like Rembrandt, according to a professional portrait artist

The most mental game in existence no longer requires fingers.