How Social Media is Polarizing Us 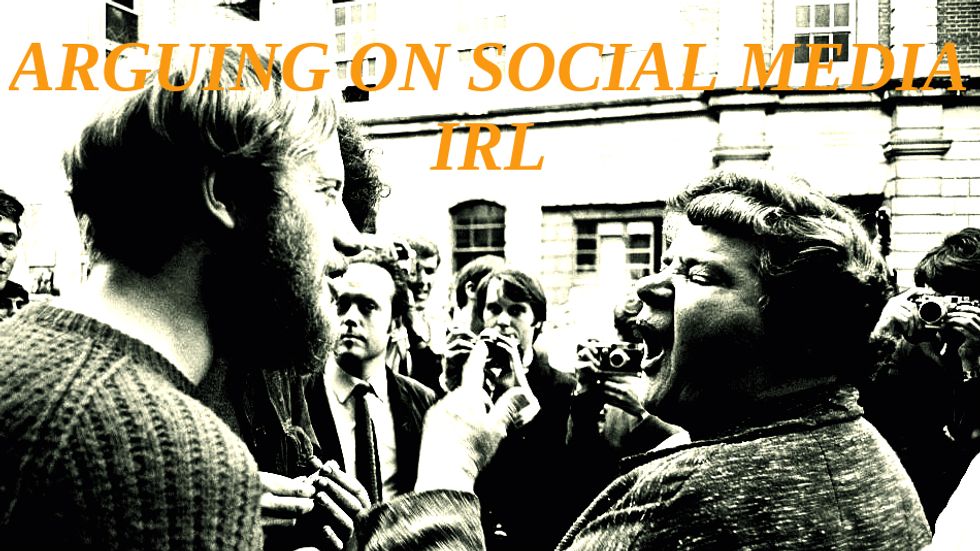 I’ve been thoroughly dismayed by Facebook the past couple of years. Maybe it’s a quirk of memory, but I don’t remember my feed being so full of political sparring and overwhelming anger between 2009 to 2012. Outrage has become the default position of my peers, and it doesn’t show any sign of diminishing.

As anyone who has ever engaged in a spirited debate knows, a mind can’t be changed from without – it has to change from within. While appealing to sentiment is more effective than using cool rationality, our beliefs are like muscles – they only get stronger when stressed and challenged. In addition, as Charlie Munger, chairman of Berkshire Hathaway, has said: “[when] you start shouting orthodox ideology out, what you’re doing is pounding it in, pounding it in, and you’re gradually ruining your mind.”

This is why social media, like Facebook, is so powerful. Chances are one of our hundreds (or thousands) of friends or acquaintances is going to be thinking and talking about one of our deep seated beliefs at any given time of day; especially if these beliefs are political in nature and related to a salient event. In the past, we weren’t likely to be constantly confronted with such topics unless we always had the news on in the background. And, even then, phones command our attention much more actively than TVs ever did.

Today, however, not only are we continuously confronted with political and societal outrages, but the personal nature of Facebook means that our emotional responses are on steroids. If we agree with the statement, article or video posted, we don’t just like the video, we like our friend as well. And, by “liking” or commenting on the shared snippet, we reaffirm our belief and our friendship. On the other hand, if we thoroughly disagree with the message posted, and decide to jump into the comment thread to “set our friend straight”, we’re only reaffirming our own belief and prompting our friend to reaffirm theirs. It’s a race to the bottom, and a game where both sides get stronger – making mutually assured destruction the only available outcome.

This is how polarization occurs. In a certain sense, there’s no way around this. The only way out is to opt out by disabling one’s account. Dozens of my friends have gone this way and claim that they feel “much better” and “calmer” since the change. Me? I’m addicted. And I love getting embroiled in long threads of argumentation. Though it’s likely not good for my blood pressure at times, I’m able to laugh off the conflicts and move on. But even through the laughs, I’m probably pounding my beliefs in even deeper. There’s a danger in engaging. Attention is hunger for all beliefs – big, small, petty, and dangerous.