Transcendent Social Media: Watching the World Cup Like Never Before 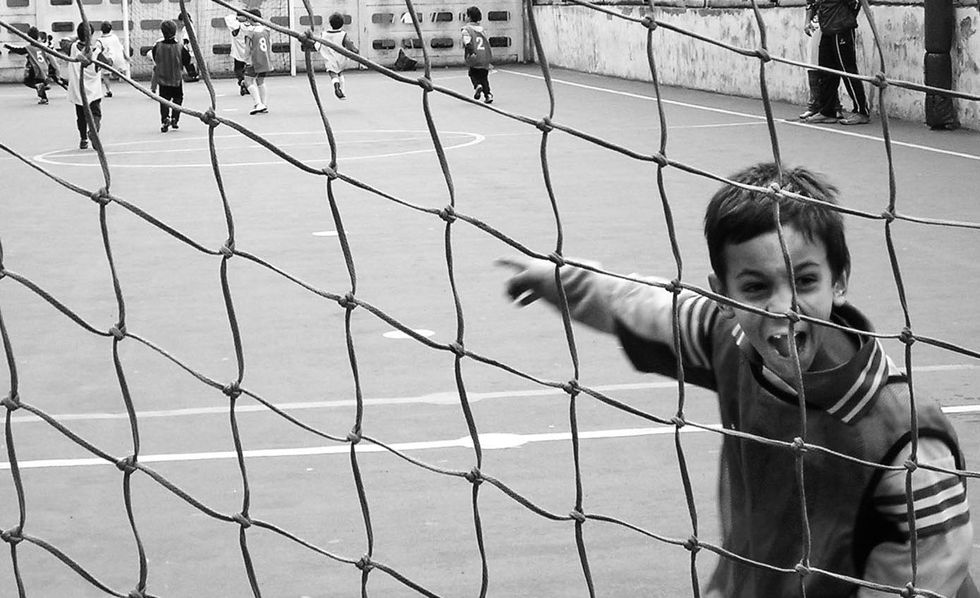 Last weekend, I sat down with a billion other people from across the globe to watch Germany battle Argentina for the World Cup final. In actuality, I was sitting in a room with seven of my close friends, but we all knew that we were a part of an event that had true global significance. So we gasped and cheered in tandem with millions of other fans around the world

Due to the wonder of our smart phones, however, this game was unlike any other that I had ever experienced before. While I’m used to at least half the people in a room looking at their phones at any given time, I was struck by the extra dimension that digital technology added to the game. Of course, the usual fact-finding and Googling occurred: “Wow, how tall is Germany’s goalie? That guy is a beast! Oh…Wikipedia says he’s 6’4”, guys.”  But with Facebook and Twitter, a second type of mobile activity also emerged: People in the room were watching the game from two different perspectives. One perspective was provided by the live event on the television. This was carefully crafted and scripted by the TV gods that oversee each and every moment of our viewing lives. The other perspective was an amalgamation of hundreds—or even thousands—of other points of view that were present in our social feeds. This allowed us to experience each penalty and play as well as the chaos of Maracaña Stadium from the safety of our living rooms or one of millions packed bars worldwide.

I chuckled as I saw the Instagram photos of a popular YouTube personality running across the manicured green grass of the stadium. I felt like I was living vicariously through the words of a close friend who described the moods of both teams from inside the stadium. Dozens of these kinds of moments captivated me (and the rest of the room) in the midst of the game.

While I’ve been critical of technology’s effect on our ability to be mindful, there was something different, something almost magical, about the global participation that the World Cup fostered for that two-hour period. In the past, the realization of synchronicity would have been relegated to my imagination—“I understand that hundreds of millions of people are watching this game.” Today, however, we’re able to tangibly peek into other people’s lives through photos, videos, text, and audio. We’re able to simultaneously cheer with our friends and a myriad of faceless fans through thousands of tiny camera lenses and microphones scattered about the planet—

and it feels more like a shared experience in this case, rather than a voyeuristic one.

Usually, social media is a hodgepodge of activity with no consistent theme or topic. During the World Cup final, however, almost every single post and story was about this singular event of immense interest and importance. On one level, I was multitasking by checking my phone. On another level, I was experiencing this single event from more angles and perspectives than has ever been possible throughout human history.

In a sense, I was in thirty different places that day. But the entire time, I was doing the same thing: rooting for human greatness as I watched it juggle and spin a ball in giant, flowing arcs across a shimmering green field. Looking back on the event, it seems almost unreal. My memories are a patchwork quilt of conversations with my buddies, images from the TV, and snapshots from other people’s eyes. One day, when virtual reality technologies spread through the consumer landscape, this will seem like a rather small and silly thing to brag about. But for now, in these moments of global participation, we can marvel at the fact that we can focus on one thing through millions of pairs of eyes—and we get that much better of a view, if just for a few hours.

If you liked this article, sign up for Jason's newsletter.