The Rise of Virtual Reality: From Campfire to Oculus 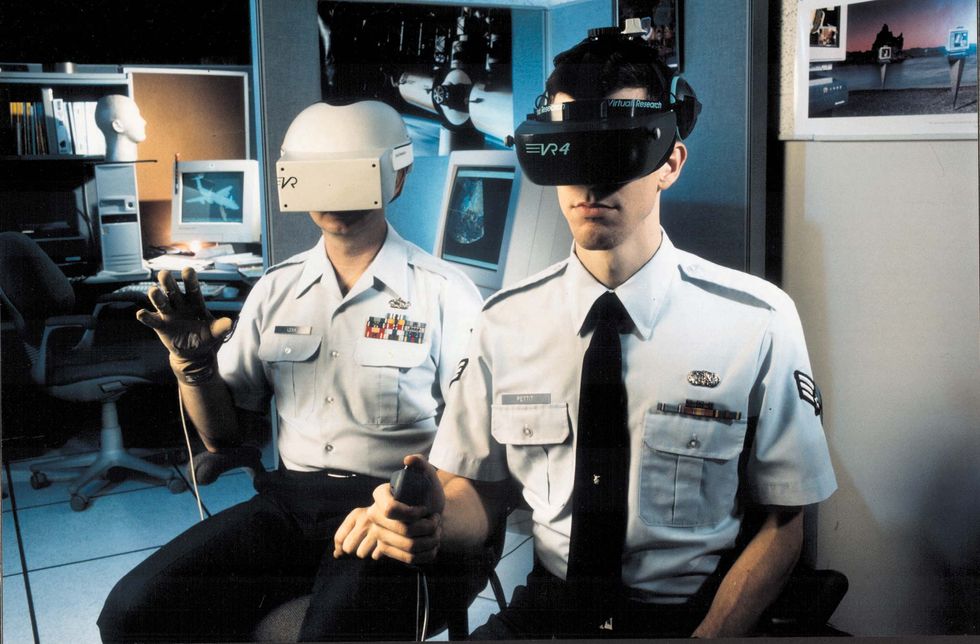 Reading is a fairly recent phenomenon. It's generally accepted that language developed in the human species between 50,000 and 100,000 years ago. The written word, however, came much later, and was first used by the Sumerians for simple legal and administrative matters. After this, for thousands of years, the privilege was constrained to an elite few - the upper and priest classes. But with the advent of the printing press in the mid 1400s, reading finally became a global phenomenon, available to the common person as well as the noble.

This begs the question: why is reading so important? Simple: it allows us to learn new things with no first hand experience. We can read the biography of someone that we admire and heed their warnings. We can inject ourselves into the lives of the Capulets and Montagues and finally understand exactly what it means to be fully in love. We can get the distilled wisdom of great money managers in just a couple hundred pages, and suck up the learnings generated from billions of dollars of mistakes. In a very real sense, reading is low tech virtual reality. Using only our imaginations and the power of visualization we can jump into another era, another body, another world.

Because of the low cost of producing a book, millions and millions have been created. This means that we have an almost infinite number of perspectives and lives that we can inhabit. We can jump into the mind of a Roman statesman, through Cicero, or that of a heroin addict through the scribblings of Burroughs -- the list goes on and on. While movies and television have provided us with a more intense form of virtual simulation, they are not as plentiful, and thus don’t give us the same benefit of choice. In addition, they don’t generally give us the same first person perspective that writing does. And, they come with a cost.

In the past, when our lives contained less stimulation and allowed us more concentration, it’s likely that our powers of clear-headed visualization were stronger. As any experienced meditator will tell you, a still mind is necessary for building flow and vivid mental imagery. When the waves of mental machination settle, it’s possible to build crystal clear mental pictures. This is a skill like anything else -- it can be trained. Today, however, we’re not pushed to use our visualization skills very often. In fact, our standard forms of entertainment (television and movies) do the visualization for us. While it’s been common practice for people sit around a fireplace and tell stories for thousands of years, today they sit in front of glowing televisions and idly stare by as stories are conjured up in front of their passive eyes.

So, it’s likely that our newer technologies are making it less and less possible for us to enjoy the glory and benefit of our earlier, but more plentiful, linguistic technologies -- namely reading and storytelling. But let’s face it, we’re not going to suddenly stop watching television and movies. This means that we need something new and better. And, it might be here: immersive, sight and sound virtual reality. For just a couple hundred dollars, you can purchase an Oculus, or a number of other products, and experience the world through a myriad of new stimulating first person perspectives. While gaming is the obvious first use case, I believe the most exciting uses are for training and learning purposes. Instead of reading about what it’s like to be a fireman, you’ll be able to actually live the Go-Pro footage and audio of a fireman in the midst of an intense inferno. Instead of reading about what it’s like to run an intense board meeting, you’ll be able to look through the eyes of a CEO, across a table filled with hand-wringing individuals, and feel what it’s like to make the key strategic decision. The possibilities are endless.

With virtual reality, we’re outsourcing our visualization capabilities to a new technology, and the quality of learning, and intensity of experience, might very well make it a worthwhile bargain. We’ll see.

Image: US Department of Defense